Adventure Time: Stakes! features 8 episodes, plus never-before-seen content. Finn, Jake, Princess Bubblegum and their friends join the Vampire Queen Marceline to fight against fearsome foes in order to be an un-dead, red-sucker vampire no longer. The stakes have never been higher than it is in these 8 special episodes of Adventure Time! 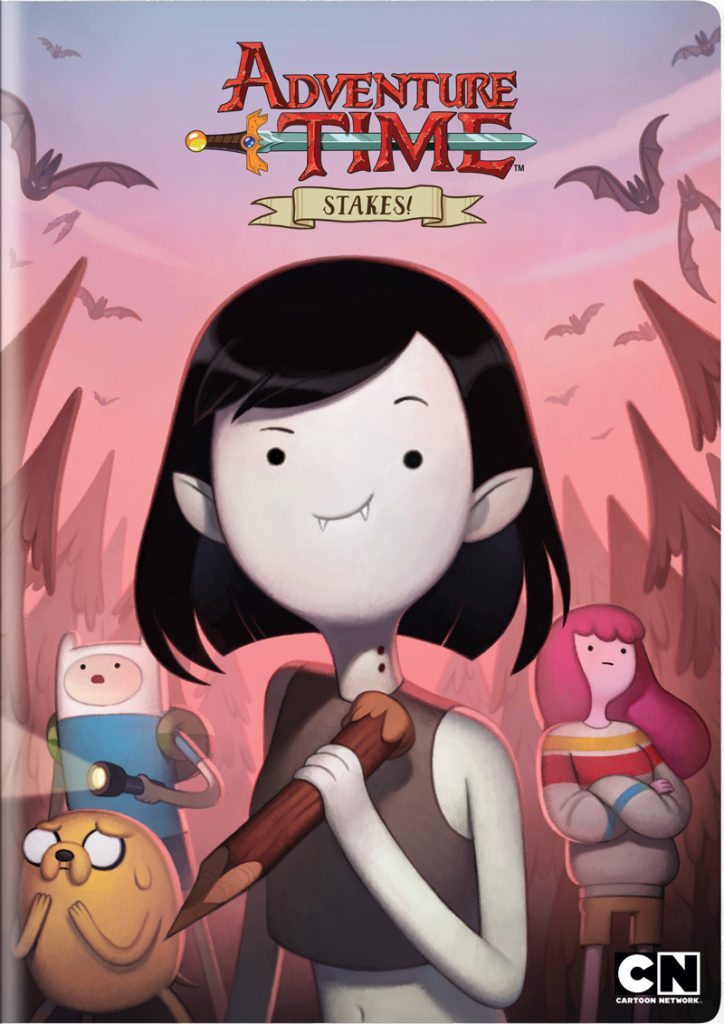 My kids have really enjoyed Adventure Time: Stakes! because it dives into Queen Marceline. Before now, little was known about her and the other vampires. Marceline must face whether she wants to be human or a vampire and it’s quite confusing for her – the story parallels how it is for the other characters facing wanting to be a child and grown up at the same time. .

The villains that Finn and his friends face were released as a consequence of Princess Bubblegum trying to cure Marceline of being a vampire. Throughout the series, Marceline has the opportunity to slay her demons and confront her past either via flashbacks or of ghosts of vampires that she has killed before she became one.

Watch one of the best moments of Adventure Time: Stakes! “The Procedure”

Adventure Time: Stakes! is part of Cartoon Network’s original animated series, Adventure Time which has received numerous entertainment awards over the years including 6 nominations for Primetime Emmy® Award for Outstanding Short-format Animated Program and won for the episode “Jake The Brick.” Adventure Time has also received two nominations for a Critics’ Choice Television Award for Best Animated Series (2014 and 2013) and a Television Critics Association Awards nomination for Outstanding Achievement in Youth Programming (2013).

Cartoon Network: Adventure Time – Stakes! is available now for only $14.97, the DVD will include all eight episodes, plus exclusive new content including animatics, an art gallery, song demos and a brand new song written by Rebecca Sugar (Steven Universe).