During my trip to LA last month, I was able to go behind the scenes for Disney’s Saving Mr. Banks movie at Walt Disney Archives.

I received an all expense paid trip to L.A. to learn about the upcoming home releases of three fantastic movies. I’m excited to share with you what I learned!

My husband and I were delighted with the movie when it came out in theaters in December. Read my full Saving Mr.Banks Review here. It is a heartfelt movie about how the Disney classic of Mary Poppins became a reality. It wasn’t easy either–the author of Mary Poppins P.L. Travers didn’t sign an agreement for over 20 years before making her story into a movie. Then, when she agreed, she didn’t make it easy with her steadfast vision for the movie. 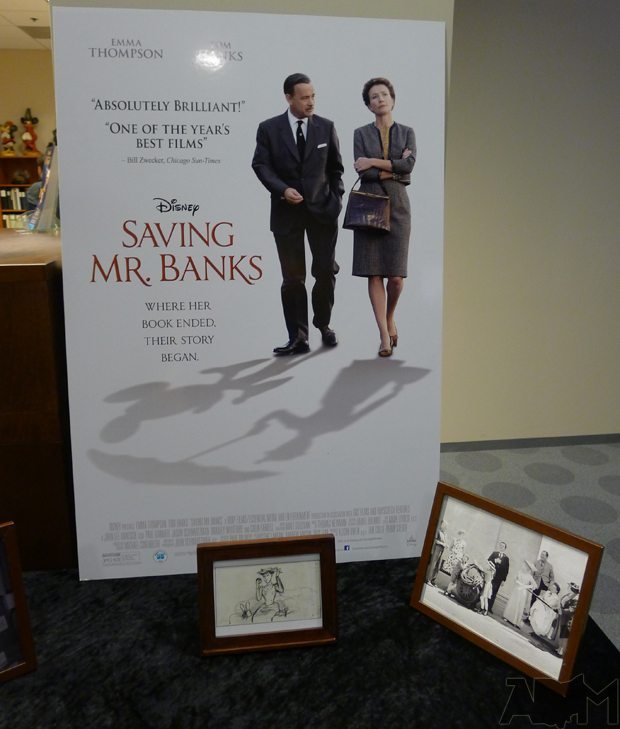 Hear more from our meeting at the Walt Disney Archives before we heard the recordings.

I was sooo intrigued.  Above all, P.L. Travers wanted to protect the image of Mary Poppins – and her dad. She also wanted to “keep it English” and not Americanized.  She not only told the story but she explained in detail the actions the characters did during each scene. 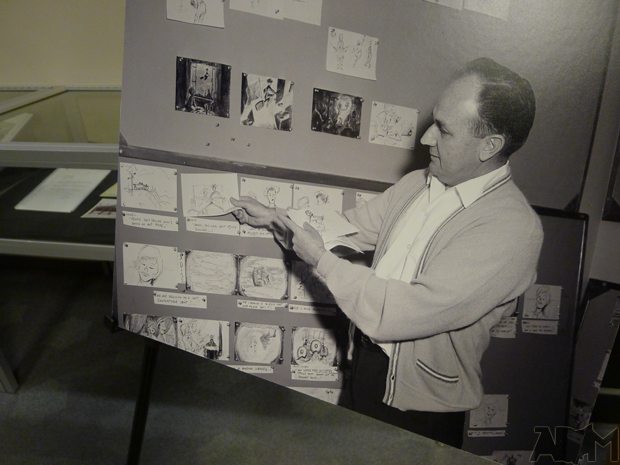 Below is the exact scene from Saving Mr. Banks for the story-boarding room. Yes, Tom Hands and Emma Thompson were in this room for the movie. They were long gone when I toured! 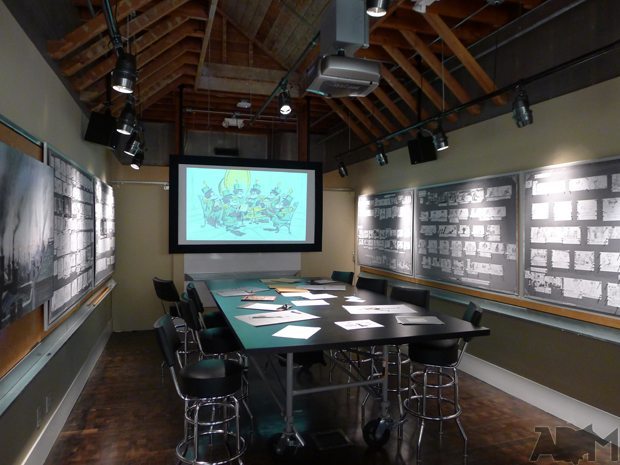 This is a close-up of a storyboard replica from Saving Mr. Banks. 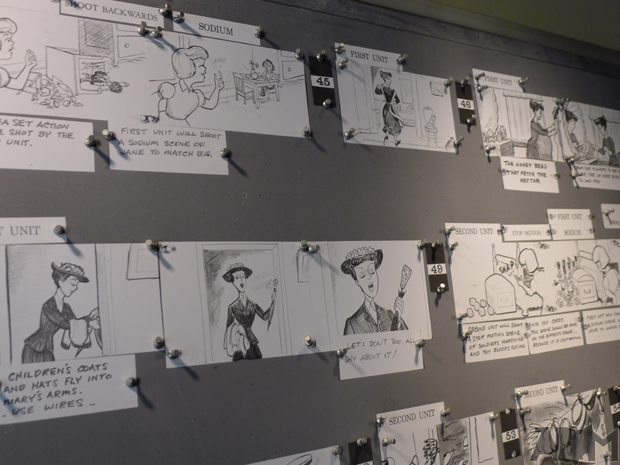 She didn’t give creative license out to do as Disney wished, she had input every step of the way. In fact, she met with Disney after the film was made and told him there were a few things she would like changed. Disney replied, “That ship has sailed.” 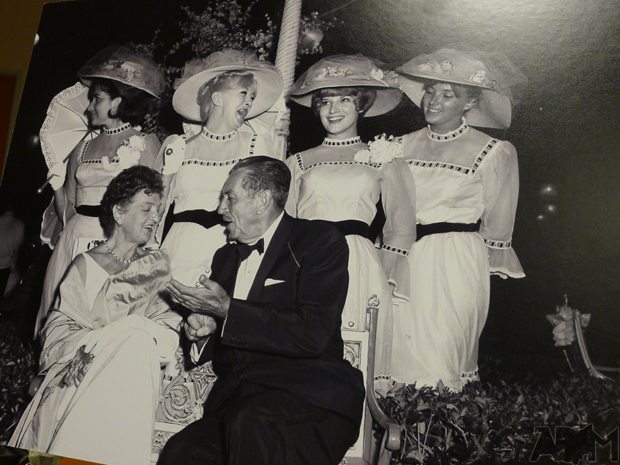 The Sherman Brothers had a task and a half with writing the music for Mary Poppins. Traverse didn’t want nonsense songs. She had no problem telling them what she didn’t like by saying “Oh that’s good” and other times saying what she liked. They didn’t feel like she liked their work until the song “Stay Awake,” when it was on the cutting board, she asked to keep it. It is actually a reverse psychology song to get children to fall asleep. “Stay awake, don’t nod and dream, don’t rest your head.” She liked this song because it would be something Mary Poppins would do.

During the recordings, we could even hear her humming and singing along to a song, ever so slightly. Of course, “Feed the Birds” was a hit song for the movie as well. Richard Sherman still sings “Feed the Birds” on stage, at the age of 85 years old.

It was such an amazing experience for me to get a behind the scenes peek at Disney’s Saving Mr. Banks movie.

30 Day Winning Rule applies. For complete contest rules, please see our Contest Statement and Blog Disclosure. Contest ends at 11:59 pm EST on March 31, 2014 when a winner will be drawn at random. I will notify the winners and they will have 36 hours to respond or another winner will be selected!

Here are more ways to enter to win Saving Mr. Banks from fellow bloggers that were on the blogger trip with me: