The new Disney movie, BIG HERO 6 is in theaters this weekend! Do yourself a favor and go see it! My family loved it. You don’t often see a movie that both boys and girls equally enjoy but this one does.

You also don’t often see a PG movie that tween and teen boys get excited about. When we were leaving, a man was walking out of the theater with his tween boys. I heard him tell his boys that he wasn’t sure if they were going to like the movie because he thought it might be too ‘babyish’ for them. The boys were all smiles, especially the older one who said with a gleam in his eye, “It was kinda violent!”

He got that right! It had a lot of action and some violence but the thing about Disney movies is that nobody gets hurt or killed during the action scenes, making it ok for kids. My kids are 7 and 9 and were fine with the action. Younger kids might be a little scared – thus the PG rating.

This movie has it all – adventure, comedy, perseverance, action, bad guys, good guys, science, and even love. There were so many hilarious parts that you’ve just got to see to appreciate! My daughter liked the tape scene so much – as seen in the above video. My favorite phrase was when Baymax said, “I don’t do fast” but that all changed with his updates later on.

With all the action and comedy, I was surprised that I had tears in my eyes a couple times too. What a fantastic, must-see movie for the whole family!

Before the movie, you’ll watch the new Disney FEAST Short.

It is so super cute and right-on. It follows the life of a puppy and man who adopts him. It is all about how their lives and love changes and grows throughout the years – including the puppy’s love of food. You’ll love the end when a baby is introduced to the dog!

Check out these Big Hero 6 activity pages to keep your kids entertained this weekend either before or after you go see the movie. 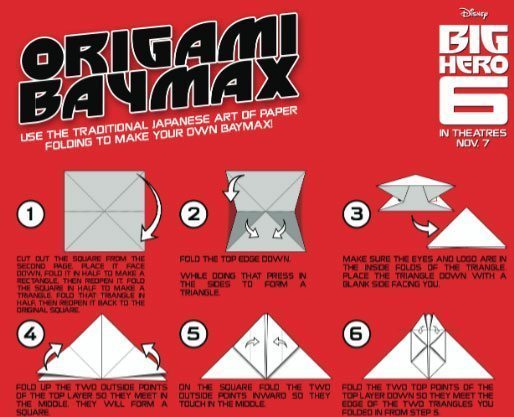 Here are step-by-step instructions on making an Origami Baymax: 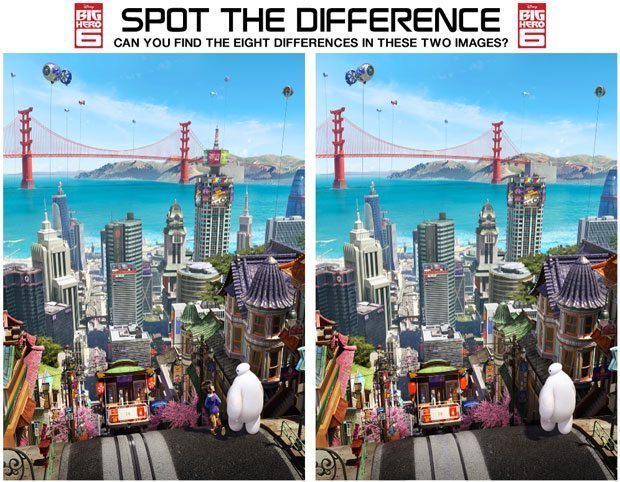 Print this Spot the Difference between these two images.