Bridge of Spies is a must-see movie, based on true historic events during the Cold War. The CIA sends James Donovan (Tom Hanks), a Brooklyn lawyer on a mission thought to be impossible to negotiate the release of a captured American U-2 pilot. Even when the stakes were high, this brilliant lawyer does his best to not only free the pilot, but another captured American.

Directed by Steven Spielberg, we knew Bridge of Spies would be a great film but we didn’t know just how gripping it would be! I think part of it was because it was based on the true story of James Donovan, Francis Gary Powers and Rudolf Abel – real people with real stakes in this intense drama!

I was so impressed by James Donovan and his passion to give the soviet spy the same legal treatment as any American. He didn’t just show up in court to show the world that we give spies a fair trial, he gave it all he got to defend his client. What a brilliant lawyer with conviction. 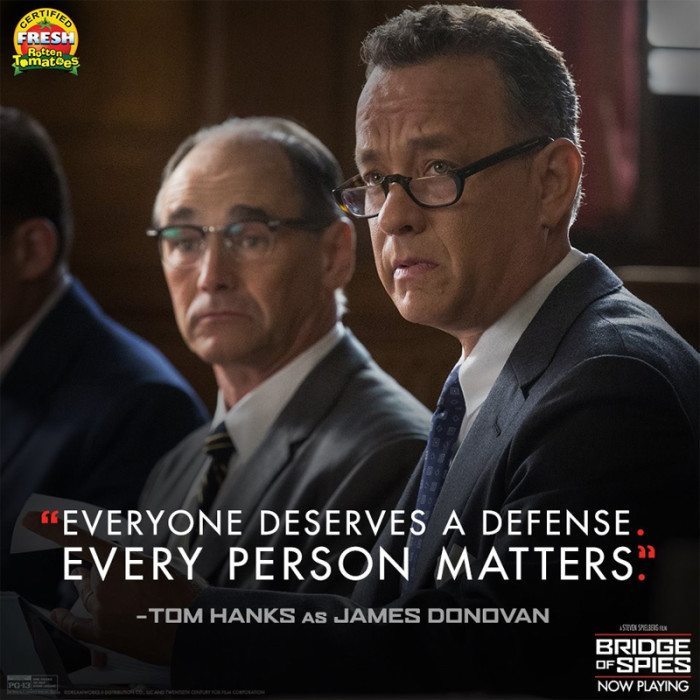 In representing his client, he put his family in real danger. In agreeing to work with the CIA to negotiate the exchange, his very life was in danger at every moment. In the end, his actions saved the lives of two Americans and showed the world what Americans stand for. 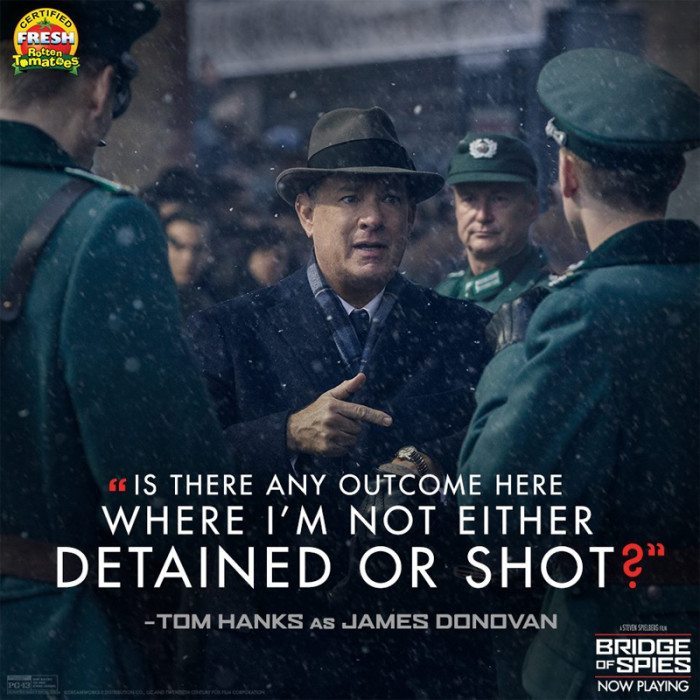 Spielberg brought the story to life in amazing ways, keeping with the true story and even filming the final act on location, at the Glienicke Bridge where the historic Soviet spy Rudolf Abel and U-2 spy plane pilot Francis Gary Powers took place.

Own Bridge of Spies today!