My daughter said she stopped breathing and she was pretty sure her heart stopped for a moment too when we witnessed an AMAZING performance by Grave Digger at the Cleveland, Ohio Monster Jam Triple Threat today at Quicken Loans Arena. Grave Digger was literally on the tip of just one wheel when it looked as though he would fall over on his top when he accelerated and flipped the monster truck back on an upright position! The crowd went wild, cheering, up on their feet, and clapping!

I was so much in the moment that I was not videoing the actual performance but caught the tail end of the excitement in the short video below.

Monster Jam is always exciting with Monster Jam trucks, ATV’s and speedsters racing and doing incredible stunts right before your eyes, but today’s show was incredible! The stunts were more intense and the drivers excelled in every way! 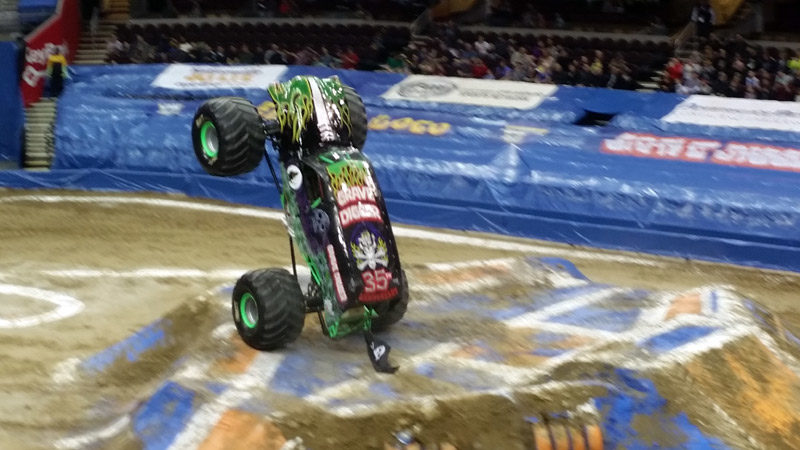 For the majority of the show, Cleveland-born Bari Musawwir, the driver for Zombie was in the lead. It was incredible to see Cleveland being represented so well by a new favorite Monster Truck. Unfortunately, his engine stalled during the freestyle performance and ended his chance at becoming a winner this time around. 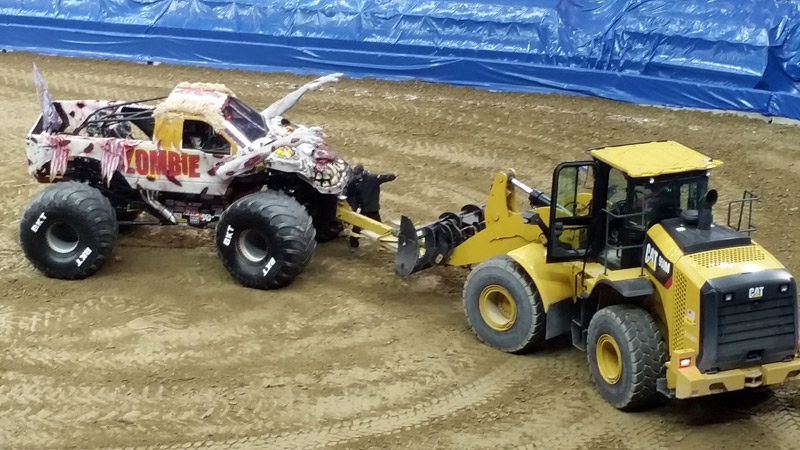 Grave Digger is always a crowd favorite and today was no exception after his incredible freestyle show! I’ve never seen a crowd so excited before! 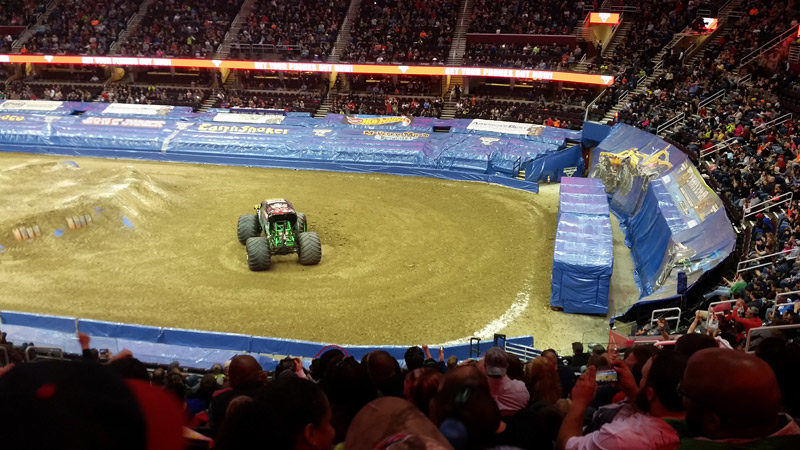 In addition to the Monster Trucks, we enjoyed the performance of other speedsters throughout the show. 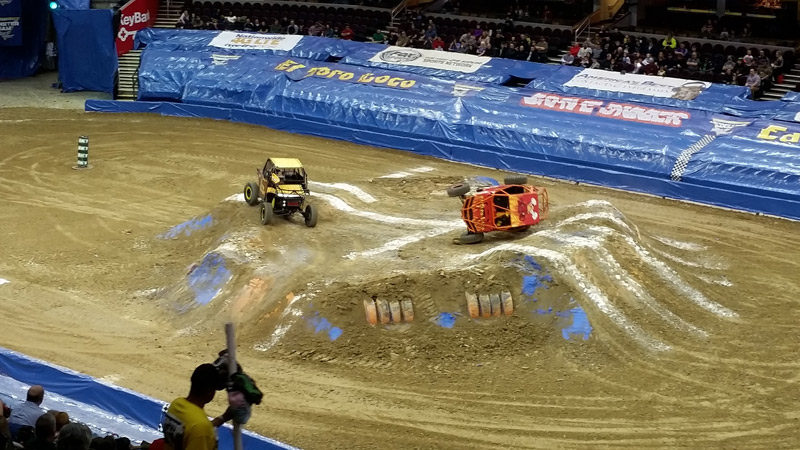 In my last post about Monster Jam, I told you about a friend who had never been to Monster Jam before but was looking forward to taking her sons. You should have seen the excitement as it started before we even made our way to our seats! They were amazed at how LOUD Monster Jam is – thankfully we had earplugs with us. 🙂 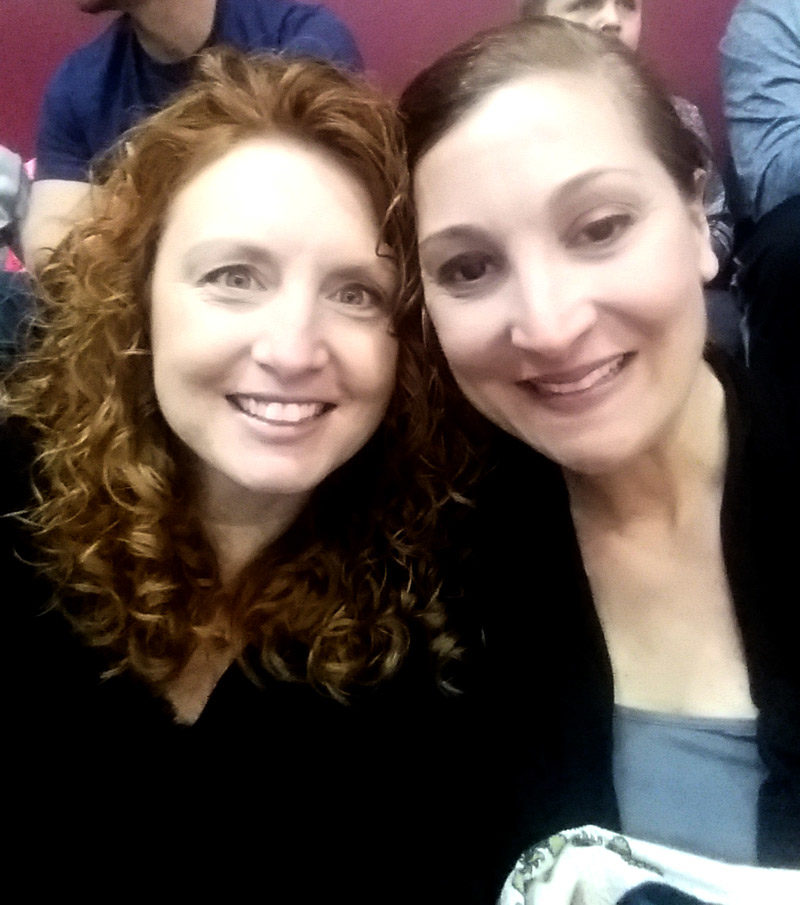 Her boys and my son were enthralled and at the edge of their seats during the entire show. As moms, we were so happy to see our boys having such a good time at the show and with each other. 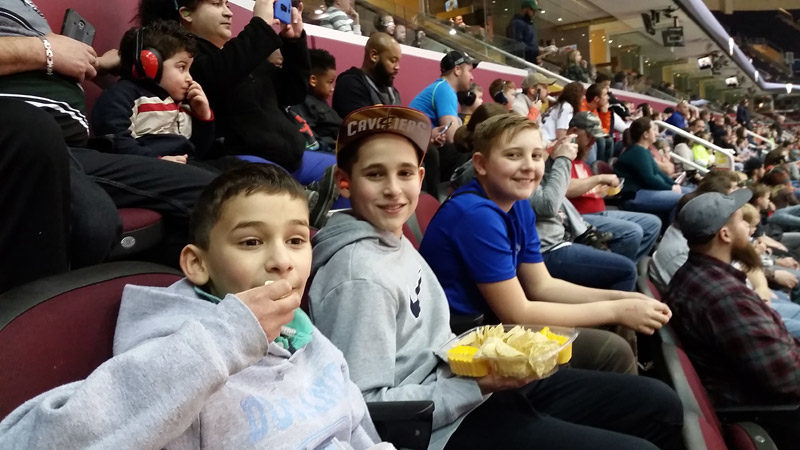 Monster Jam is not just for boys – girls love it too! My daughter had fun sitting with cousin and aunt (who is also a blogger) too! In fact, two drivers (El Toro Loco and Scooby Doo) were women this year! 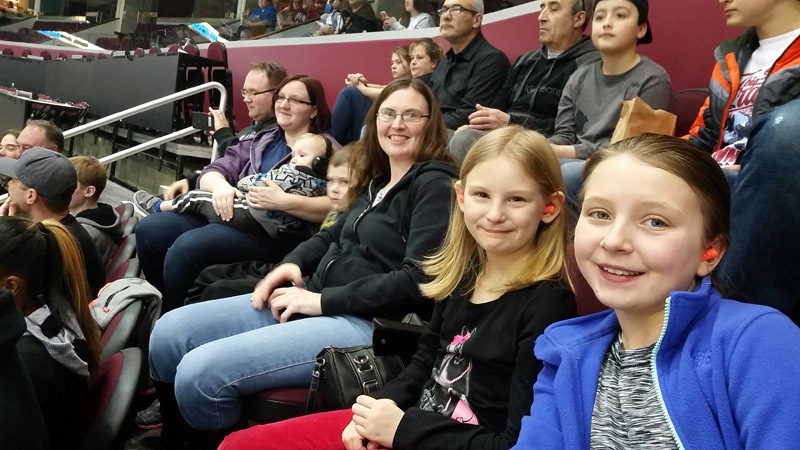 We had a fabulous time with family and friends. I just love experiencing new things with my kids and seeing how excited they get. Monster Jam Triple Threat was an unbelievable show – you’ve gotta go tomorrow with your family!

Grave Digger came in first place, to all of our delight! 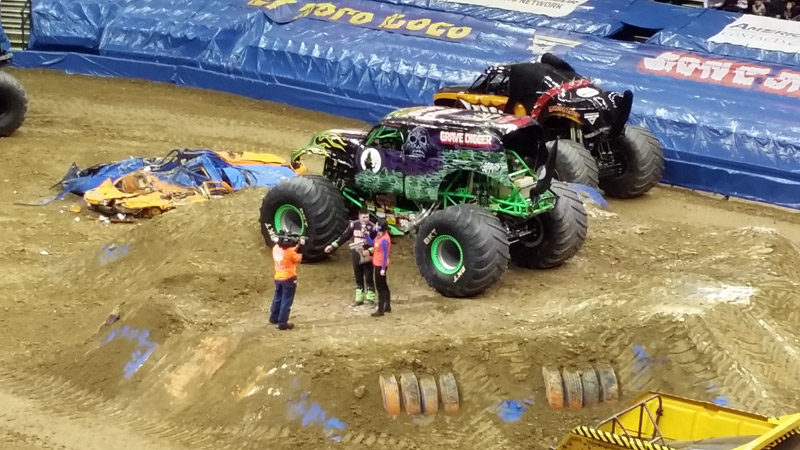 With all the coupons and deals, Monster Jam is affordable for the whole family to attend! Buy your tickets online now!