All I can say is “Wow!” What a show Disney on Ice put together with their 100 Years of Magic celebration. I think this picture below says it all – just look at the look of magic on their faces, with cotton candy in their hands – what could be better?! 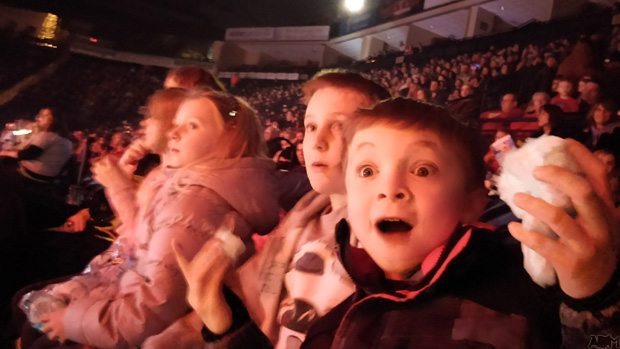 We went to the Disney On Ice Celebrates 100 Years of Magic show tonight Youngstown’s Covelli Centre and had a super fantastic time!  What a performance!  Disney on Ice did a fabulous job incorporating the best of Disney over the last 100 years. From It’s a Small World to the Incredibles, young and old alike were delighted with the characters and performances.  We saw 65 Disney characters tonight with one short skit after another after another! There was never a dull moment. We were surprised and excited over seeing our favorites including Mickey Mouse, Minnie Mouse, Buzz Lightyear, Woody, Pinocchio, Jiminy Cricket, Stitch, Nemo, Incredibles, Mulan, and The Lion King!

The characters and set for It’s a Small World was beautiful, filling the entire arena with lots to see as part of the audience sang along. 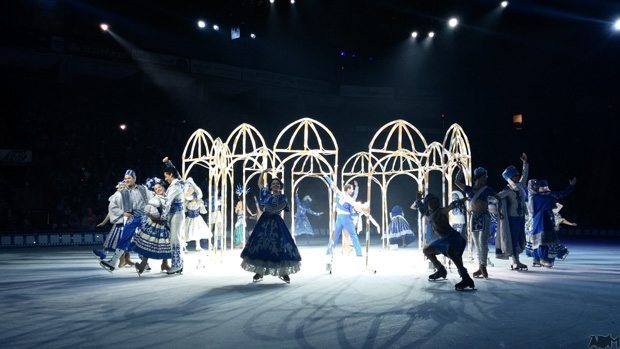 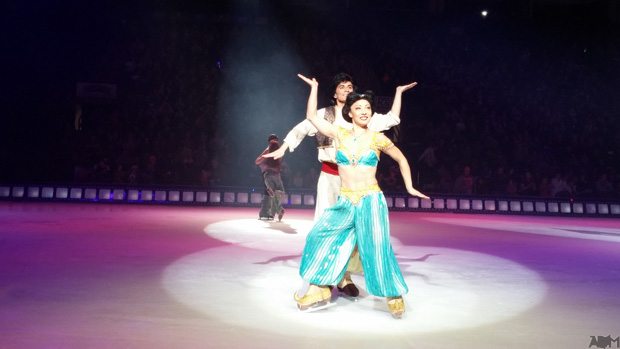 Toy Story came to life with about a dozen green army men, which I couldn’t capture on film – trust me, they were awesome. Buzz Lightyear, Woody, and Jessie were the cutest characters, all believe able as toys in form and costume. It made me want to come home and watch Toy Story again! 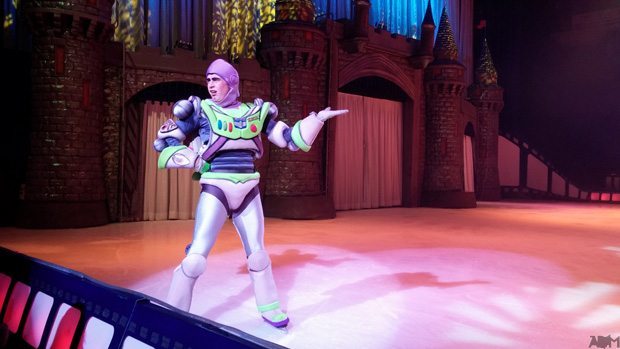 The set for Mulan was amazing with a huge dragon as well as fighting Shan-Yu and his army! It even snowed from up above during the battle! So Cool! 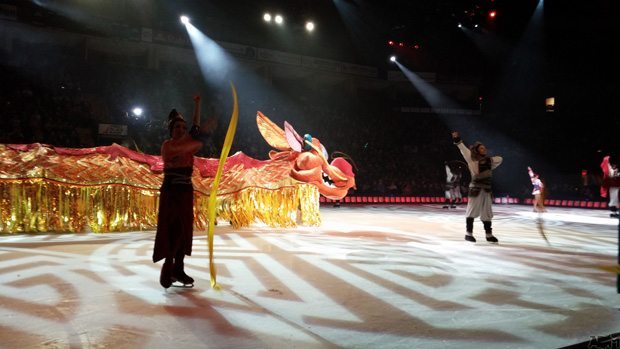 The arena always had something exciting going on! It was one of the best Disney on Ice shows that I’ve ever seen. All the kids ages 6-9 agreed that is was a “Sweet” and “Awesome” show! They didn’t want to leave. In fact, we didn’t right away. There was a special behind-the-scenes show about 5 minutes after the grand finale. During this time, we were introduced to key personal that help make the show happen from wardrobe to sound effects. We even got to see some seriously amazing figure skating and tricks from the performers afterward.

We highly recommend adding Disney on Ice Celebrates 100 Years of Magic in Youngstown, Ohio to your weekend plans!

You can buy Buy Disney On Ice celebrates 100 Years of Magic tickets now at the Time Warner Cable Covelli Centre box office, all TicketMaster locations, www.ticketmaster.com or by calling 1-800-745-3000.