We have been to many Disney On Ice shows over the years but this show was unlike any other. The one thing we enjoyed most was that Mickey Mouse and Minnie Mouse were in every single scene! They were dancing, skating, and storytelling the entire performance! It is as close as you can get to Disney World in Ohio!

Disney On Ice Let’s Celebrate is about celebrating holidays and celebrations around the world. I’ll highlight just a few of my family’s favorites.

Valentine’s Day is around the corner. Do you have a Fairy God Mother to help you find your one true love? 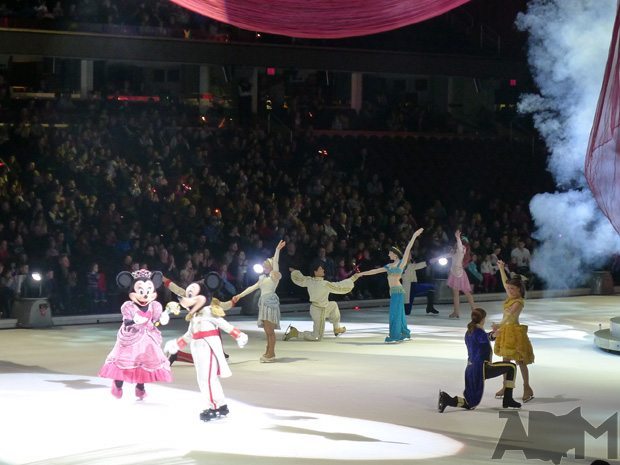 Minnie Mouse did at Disney On Ice Let’s Celebrate! Of course we all know that Mickey Mouse is her one true love but the Fairy God Mother introduced the audience to all the Disney Princesses and their true loves with each dancing to their signature songs with their princes. It was beautiful but not as beautiful as when the Fairy God Mother showed Minnie her one true love is Mickey. So cute! I felt like I was at a wedding!


The show highlighted all kinds of celebrations that you may or may not celebrate of even heard of before. The perfect tie in to Disney’s The Princess and The Frog was Mardi Gras with elaborate costumes and fancy dance moves! Of course Tiana and Prince Naveen led the dancing with Mickey and Minnie joining – in appropriate costumes! The costumes for Mickey and Minnie Mouse were the best I’ve ever seen as they changed for nearly every scene! 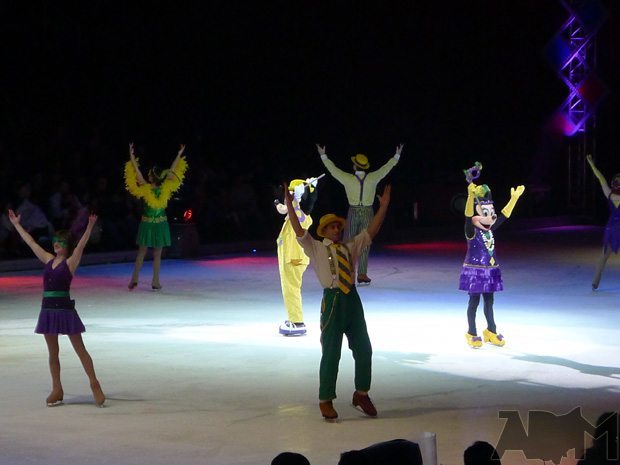 I did enjoy learning about a few celebrations that I have never heard of before including the Hanami Japanese Spring holiday. This is a beautiful way to welcome Spring with the beautiful Cherry blossoms. I wonder how it compares to Barberton’s Cherry Blossom Festival?! 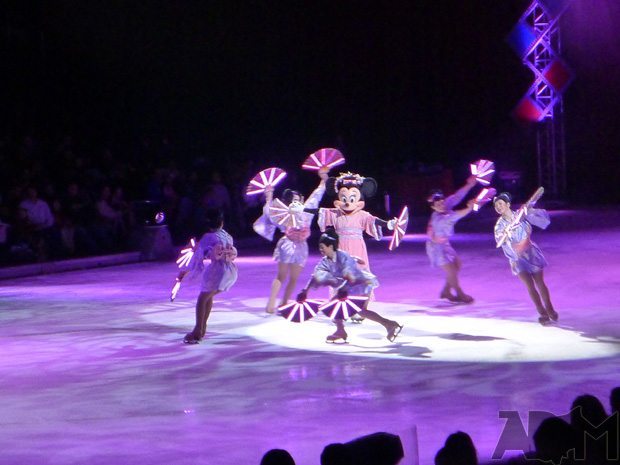 Back to a holiday that many Americans enjoy – Halloween. I thought Disney On Ice did a superb job with this scene utilizing our favorite Disney villains. Jack Skeleton was the host of the Halloween bash. He invited Jafar, Maleficent, The Evil Queen, Captain Hook, and Cruella De Vil. They were all splendid in this role! It was a treat to see Mickey come to the door of their Halloween bash for trick or treating!


It was too funny when the evil queen tried to offer Mickey the red apple as the audience screamed for him not to take it. That is another thing I liked about this show – there was plenty of audience interaction!

Lilo & Stitch helped us all dream of Summer Break during their performance with their island friends too. This fire scene was pretty amazing! 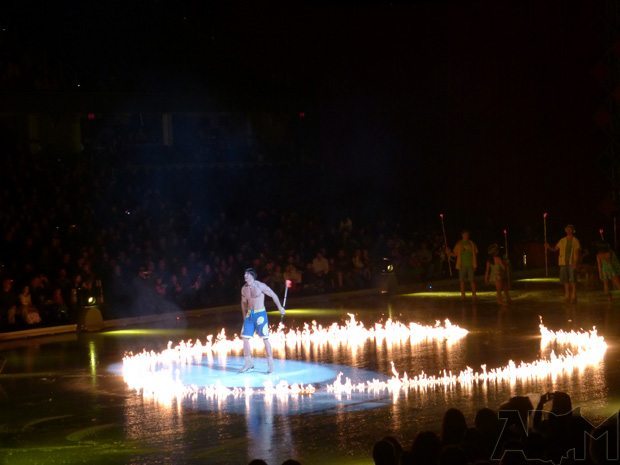 Of course, the best time of the year for any child in America is Christmas! Disney pulled out all the stops with Christmas. The stage was a gigantic fireplace with stockings hung by the chimney with care, giant presents that Daffy Duck complained about having to move, and our very own Goofy Santa Claus was stuck in the chimney! 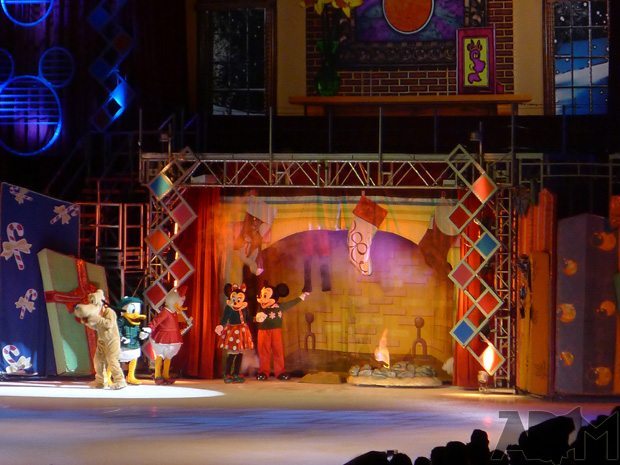 All the Toy Story characters came out shortly as the “best Christmas presents ever” according to Jessie. 🙂 It was the perfect way to tie in Toy Story!

Concluding the Let’s Celebrate Disney On Ice performance with Christmas was fitting as it is the most exciting time of year for everyone, not only children. 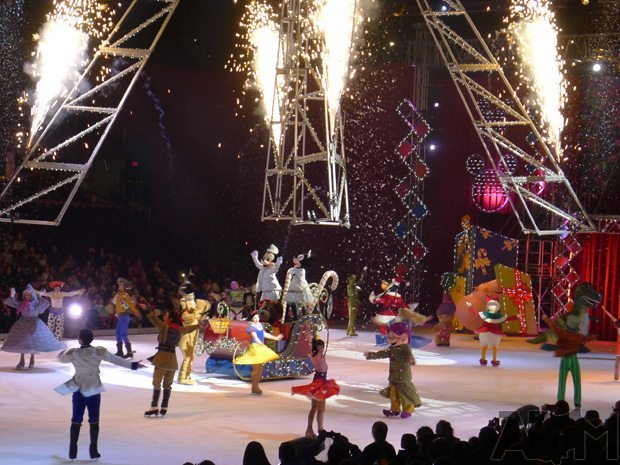 Here is a short glimpse of the grand finale!


Lucky for you Disney on Ice Presents Let’s Celebrate! in Cleveland, Ohio is still in town with shows this Thursday – Sunday! Be sure to get your tickets now and surprise your family with an authentic Disney experience in Cleveland, Ohio! It is a fun way to escape the ordinary and enter into the land of magic that only Disney can provide!

Follow the conversation about the Cleveland Disney on Ice show on Twitter using these hashtags: #DisneyinCLE #HappyinCLE #LetsCelebrateCleveland