My husband and I just saw Disney’s Saving Mr. Banks, it is the story of how the Disney classic “Mary Poppins” became a reality.  This is not a typical Disney movie, it is based on the true story of Mary Poppins author, P.L. Travers and Walt Disney over the production of the movie Mary Poppins. It is quite a story that will make you laugh and possibly shed a tear or two as well.

Walt Disney, played by Tom Hanks wasn’t able to charm P.L. Travers easily. It took him 20 years to get Mary Poppins on the big screen – a promise he made to his daughters – although he tried many times over the years. P.L. Travers, played by Emma Thompson was a hard sell, she didn’t want anyone to change her story in any way, it was so precious, too dear to her. At the beginning of the movie, I couldn’t understand why someone could be so uncooperative when it was just a story. Then, once she started working with the Disney crew, why did she have to protect herself and this story so much? 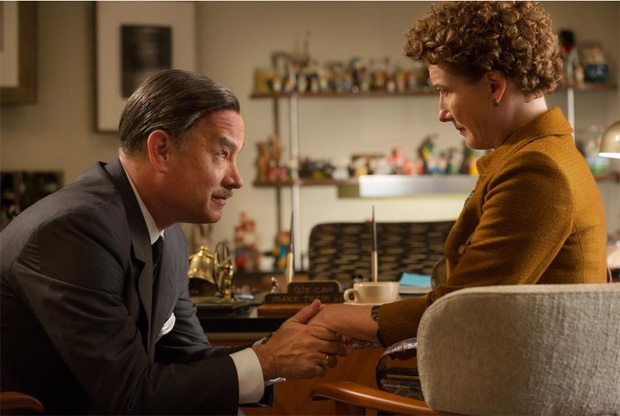 Throughout the movie, you’ll be taken back to the life of a young girl and her family that was affected by Mary Poppins. It is a family like any other with problems and issues but this family is held together with love. 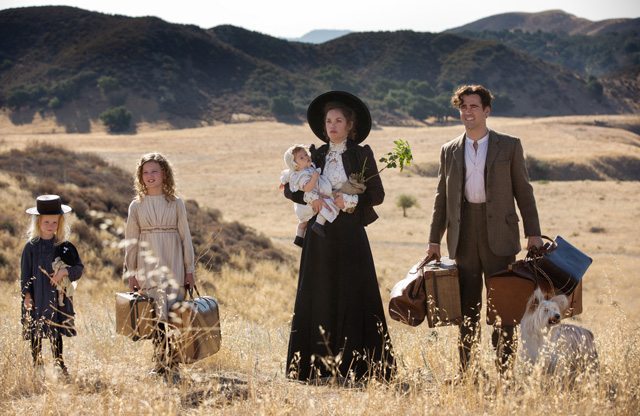 You’ll be surprised to know that this movie isn’t all about Mary Poppins but the girl and her alcoholic father.  P.L. Travers wanted to preserve the love and admiration the girl felt for her father, who was a good man. In the end, it is exactly that which Walt Disney did for the author.  The ending that Walt Disney suggested not only freed him to put the story on the big screen but it freed the author in so many deep and personal ways as well. It was the ending that should-have-been in real life. It did make me tear up. 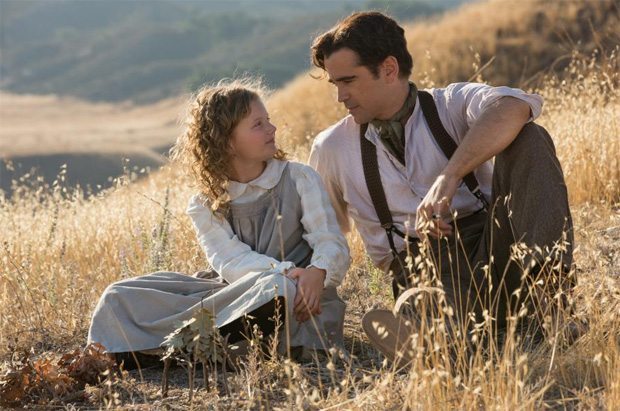 By the end of the movie, I longed for P.L. Travers and the pain she went through as a child. I knew exactly why she held Mary Poppins so dear to her heart. She was protecting her own story.

The backstory of Mary Poppins is a remarkable one. I was so pleased to watch it unfold. I enjoyed the credits at the end of the movie when they played actual recordings of P.L. Travers during story-boarding portrayed just as witty and impossibly she was in real life. Emma Thompson nailed it, representing her character on screen.

Find tickets for Saving Mr. Banks at a theater near you.