Ringling Bros. and Barnum Bailey Fully Charged Circus 141st edition of The Greatest Show on Earth is coming to the Covelli Centre.  Fully Charged will feature breathtaking dare-devilry, superhuman stunts, and never-seen-before performances that spark the imaginations of Children of All Ages!  Click here if you would like to read the review of last year’s show in Cleveland, OH.

Below is an opportunity to win 4 tickets for your family and a Ringling Bros. and Barnum Bailey coupon code.for

How to get Free Tickets to Ringling Bros. and Barnum Bailey Fully Charged Circus (Ended)

Do you like circus? Do you want to go to circus for free? Do you want to help someone?  This is your chance to see Fully Charged, the all-new 141st electrifying edition of The Greatest Show on Earth for FREE while helping someone in need.

Second Harvest Food Bank of Mahoning Valley is partnering with Ringling Bros. and Barnum Bailey to giveaway FREE tickets to the circus.

Bring 10 cans of nonperishable food to the donation event at Covelli Centre in Youngstown, OH on February 19, 2011 will receive 1 FREE ticket voucher for any of the 7 circus show times at he Covelli Centre from March 25-27, 2011. Limit of 4 ticket vouchers per family and a limit of 400 total vouchers that will be given.

Second Harvest Food Bank of Mahoning Valley is serving the tri-county area of Trumbull, Mahoning and Columbiana counties.  Through the same event, they collected 4,126 pounds of food last year.  They are hoping to increase the number this year, and you can help to make it happen.

The tickets to the Ringling Bros. and Barnum Bailey Fully Charge show are on sale. They are available at the Covelli Centre box office, at all Ticketmaster locations, online at www.ticketmaster.com or by calling 1.800.745.3000.

RESTRICTIONS: Not valid on Circus Celebrity or VIP seats; no double discounts; limit 6 per order 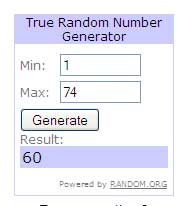 In addition to the above, through AkronOhioMoms.com , you have an opportunity to win tickets of a family 4 pack to the Friday (March 25th) show to see the Ringling Bros. and Barnum Bailey circus performances.

Contest ends at 11:59pm EST on March 3, 2011 when a winner will be drawn at random and announced the next day. When commenting, please include your email address (not visible to public). I will notify the winners and they will have 36 hours to respond!

This was not a paid post. My own opinions were used based on my perceptions and experience. Thank you to Feld Entertainment who provided the tickets for review & giveaway.

Veronica is a working mom who operates with a dash of technology, a pinch of positive mind, a dust of joy, and a chocolate bar. Veronica blogged for AkronOhioMoms from 2010-2012.
Sign up for our Ohio Specific Newsletter- Each Email Focused on Only our best Fabulous Local News and Ideas!