If you have kids that want to see a Marvel movie, you are probably wondering if CAPTAIN MARVEL is good for families. Is it safe?

This is Marvel Studios’ first solo superhero movie with a female lead so I wasn’t sure if it was going to be all feminist agenda or all about female empowerment to be honest. To my delight, CAPTAIN MARVEL have a very positive message of women which is perfect for its debut on International Women’s Day, Friday, March 8th.

I was pleasantly surprised by CAPTAIN MARVEL. The entire movie is packed with positive messages of strength (inner & physical), integrity, perseverance, and confidence. Beyond that, there is no sexual or romantic interests to throw up red flags for families. There is violence but it isn’t gory, even the blood that is shown is blue, not red. There are a few swear words, but minimal, sh*t being used a couple times. So, from my point of view, compared to other movies out there, CAPTAIN MARVEL is just fine for families with mature kids ages 10+.

The premise of CAPTAIN MARVEL is that Carol Danvers, a U.S. Air Force pilot wakes up with no memory after a crash. She is helped by the Kree who take her in, and back to their home planet. She becomes a Kree fighter with supernatural powers as a result of the crash. She is plagued with not knowing her past as her memory completely disappeared during the crash. Oddly, bits and pieces of another life which turns out to be her actual memories start to pop into her mind. 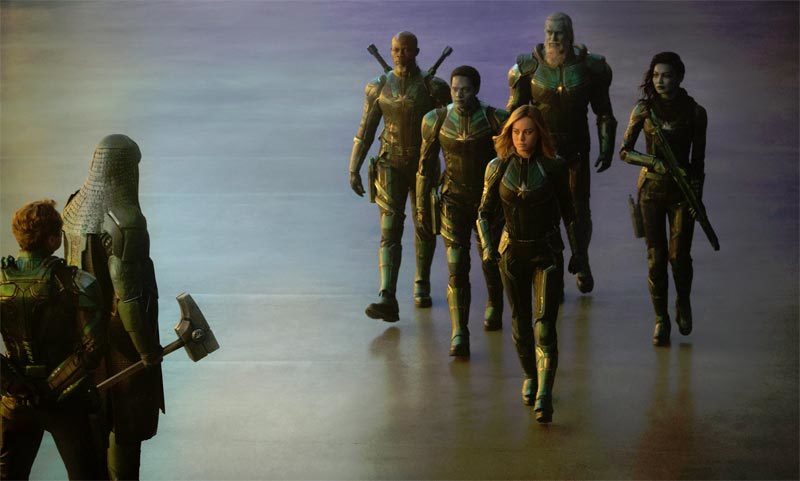 All that changes after she crash lands on Earth during an intergalactic battle between the Kree and Skrulls. I loved the flashback to 1995 as she crash lands into a Blockbuster Video!  There is plenty of intentional nostalgia with beepers (communication devices) and 90’s jams.

Once the Skrulls land on Earth, the battle begins. The funny thing is, Skrulls can mimic and become other people, making Captain Marvels and you question who is real and who is a Skrull the entire time. This provides exciting twists and unexpected turns. 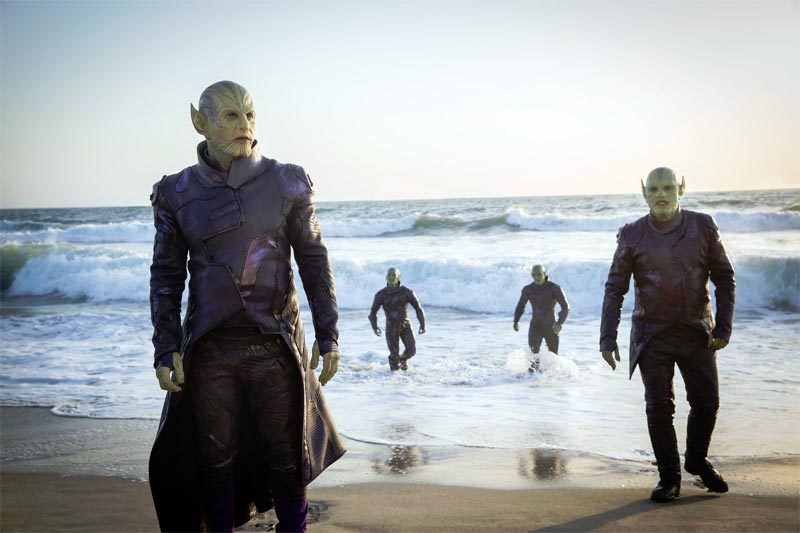 This scene with Skrulls was hilarious, obviously the old woman isn’t a human after all but the other passengers have no idea what is going on. This clip shows how Captain MArvel was reborned with her powers but with no memory of her former life.

While on Earth, Carol/Captain Marvel tries to unravel these images in her head that she now recognizes as memories. She even visits her old best friend, another strong, independent, confident woman in this film.

The movie had a slower than I would have liked start but then sped up to the action-packed movie we expected once they landed on Earth. The movie is very entertaining and visually impressive with a story line that is powerful. Toward the end of the movie, what she thought was her power was actually just holding her back. The point in the movie where she realizes how amazing her powers are is the same point in time that she knows that she could have lost everything. She took a risk that paid off to fight the intergalactic battle, to fight for justice. She realized that she had been fighting “with one hand tied behind my back” during her life with the Kree. 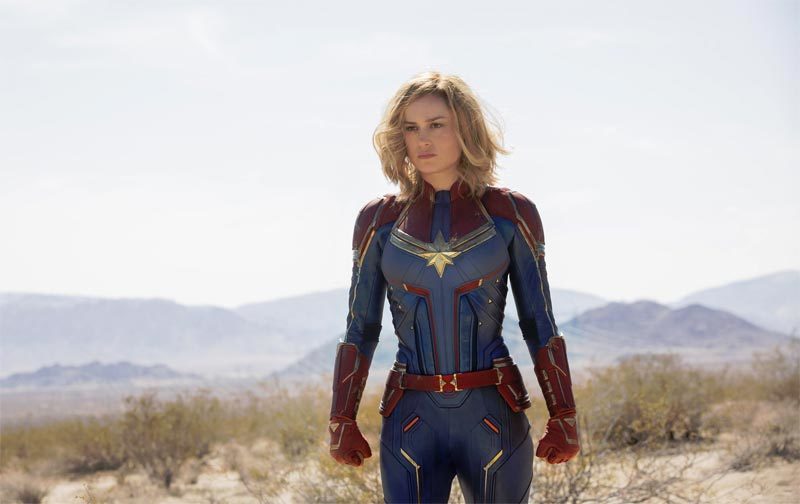 Captain Marvel’s perseverance and humanness is what allowed her to overcome the enemy. Your kids, especially girls will love the NEVER GIVE UP theme that runs throughout Carol/Captain Marvel’s past and present as she battles. The message of no matter how many times you fall in life, not giving up is what matters – not how many times you fail. Just get back up. The visuals of this in the movie was so powerful and something we can all relate. 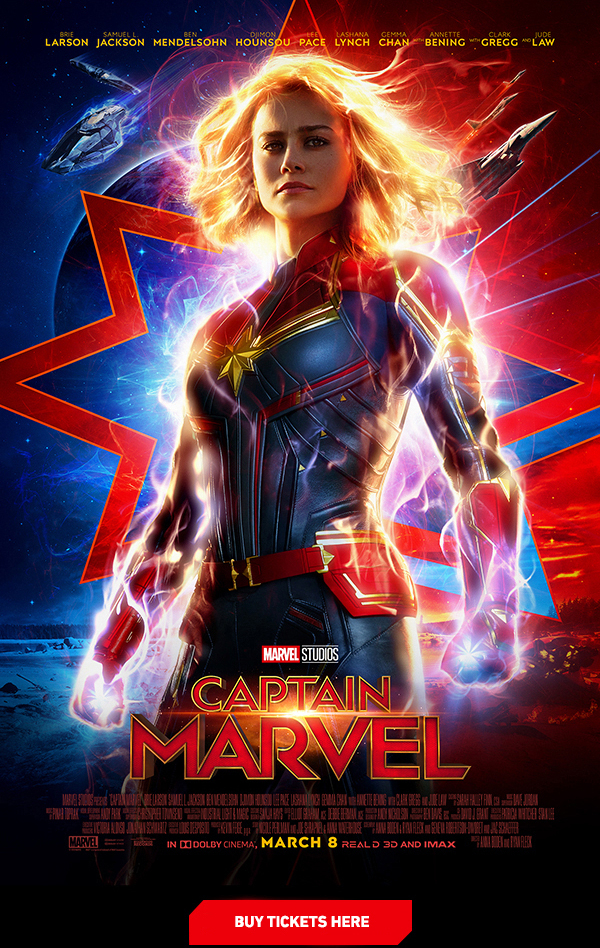 Stay till the end of the credits to see why Thanos is going to have quite the fight with Captain Marvel! It isn’t over yet!