I mentioned on our AOM Facebook page last week that we’re cutting the CABLE from our Television.  It’s been one week since the box turned off on us, and we’re coping quite well!  But before I get into WHY the transition has been successful and less expensive, let me tell you about our tv habits to date.

How We Watch TV

For my husband and I, TV is really not a big thing in our life.  During the evenings, we rarely watch TV – we’ll pick a show, maybe AWAKE, or Downtown Abbey, and get hooked on it, however its not part of our regular routine.  Mostly, I blog too much- sigh- at least its quiet after the kids are in bed.

We will rent a movie, either from RedBox, or, more recently, Amazon Instant Video, about once every week or two.  But at no regular schedule.

Of course I think my kids watch too much TV, we try to stay within AAP recommendations, but on weekends, we fail.  Whether it be Wild Krats and Electric Company after school, or standard super hero fare any time of day- Elijah and Elizabeth can spend hours wasting their brains away.:)  Not that its part of my overall plan, mind you, but, it happens. 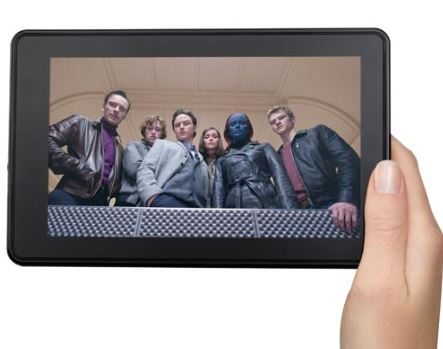 We bought an Amazon Kindle Fire Table for $199 last October.  This Wi-Fi enabled tablet computer allowed the entire family to access a wide range of tv shows and movies in their library, and, with Amazon Prime (~$80/year and get free 2 day shipping on MANY products) the library of titles comes included.

From there, in January, my husband bought a long 50 foot Ethernet Cable to stretch from Office to Living Room, and connected our Internet Ready Blu Ray player to our router/cable modem -most BluRay players and TVs come with an Ethernet Jack to do this.  Adding this internet connection to the player gave us access to what services the Blu Ray player is made to handle – these are Amazon Instant Video, NetFlix, YouTube, Twitter, and a few other unimportant connection apps.  So, the Amazon Instant Video was the same list of videos available on the Kindle.

With this library of free titles on Amazon Prime, we watch everything from Dirtiest Jobs, to Avatar- the Last Airbender, to Dora, and a wide range of movies.  Access to this library has filled, probably 80% of the viewing time that my kids partake in from January to April- no joke!.  We also rent latest release movies on Amazon (they have daily deals for a dollar or two).  Movies can be a buck, or can range up to $5, if you go full new release in HD.  You can of course, also BUY movies, which allows you to download them to the kindle, or watch them any time on TV- no need to download them to the TV, they just stay in the cloud.

On the day we dropped cable, we signed up for one free month of NetFlix.  The TV and video service from NetFlix is very very similar to what’s included with Amazon Prime, however the range of titles is about 2x the size, I am guessing.

On the day we dropped cable, we also connected up a new Paper Thin Leaf Indoor HDTV Antenna– with which we receive ~20 channels over the air- including all the major broadcast networks.  We have so far used the antenna only a couple times- to watch the local news and AWAKE on NBC WKYC channel 3 in HD on Thursday Night. The stations were clear and of good quality.

I almost forgot, the kids watched the QUBO channel on Saturday morning when we first connected it.  So, our need for all of the cable channels has really, well, disappeared- mind you this cablelessness might get old in the coming weeks- but, honestly, our kids are not going to live better lives because they have MORE TV.

Now that we’re saving, money not paying for cable tv, we’ve told the kids that they have what is, in essence, a media allowance.  $10 a month can go towards buying movies, renting movies, or buying series and shows once a month.  With each of them with $10, they are empowered to make choices, understand a little bit about the value of a dollar, and are put in charge, rather than respond to ‘what’s on’.

HULU and HULU Plus are services that I know people will comment below about, but it hasn’t come available on our BluRay player just yet… so we’ll have to wait and see. 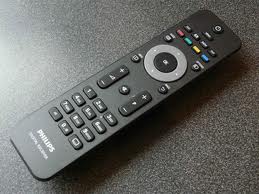 So, Saturday afternoon, and its raining… and you want to watch something on TV as you work on a project with your kids. You grab the remote and turn the TV on – and unfortunately there’s not an instant satisfaction and selection of choices accessible by pressing CH+ and CH-. You have to make sure the networked device (like a blu ray player, or the TV itself) is on, and navigated to the right ‘app’ (i.e. netflix, amazon, hulu).
From there, you have to preview not the show itself, but a selection of icons on the TV. Netflix makes it a little easier, but Amazon makes it a little difficult with having to click through a couple few screens.
BUT, but, once you’ve selected your movie or show, there are no commercial interruptions- which gets you through your show faster, and less aggravated.
Mind you, broadcast TV can still be accessible by channeling up and down, but, honestly, there’s so much MORE on amazon and netflix, that its an afterthought…

At this point in the changeover, I am very confident that we made the right decision in dropping cable. Its cheaper, and our tv watching is more event oriented, and not so passive. Is it for everyone? Certainly not- especially if you have extra money around, but for our family- saving the $70 a month or whatever it was is WORTH it!

Have you dropped cable?

Tell us how its going in your house- and how your kids handle it!