Did you watch the Golden Globe nominated animated film, SING! when it was in theaters? We didn’t get the chance but I know many people who did and LOVED it! In fact, it was so popular that several of my friends tried to see it at the theater only to find out that the theaters were sold out!

I don’t normally promote movies on my blog that I’ve yet to see but I’ve heard amazing reviews from friends, so I know it is good. It’s suppose to be the best musical comedy of the year. I believe it since it is from the same studio that created The Secret Life of Pets and the Despicable Me, two of my family’s favorite family movie night movies.

SING! is all about finding the music that lives inside of all of us. This animated film has more than 65 hit songs including a brand new song by the legendary Stevie Wonder called, ‘Faith’ – the first song of his in 25 years!

Other talent includes Academy Award® winner Matthew McConaughey as Buster Moon, an eternally optimistic koala who puts on the world’s greatest singing competition to save his crumbling theater; Academy Award® winner Reese Witherspoon as Rosita, an overworked and unappreciated mother of 25 piglets desperate to unleash her inner diva; Scarlett Johansson as Ash, a punk rock porcupine with a beautiful voice behind her prickly exterior; Taron Egerton as Johnny, a young gangster gorilla looking to break free of his family’s felonies; as well as Seth MacFarlane, John C. Reilly, and Grammy Award-nominated Tori Kelly.

With talent like that mixed in with plenty of humor, no wonder this movie was a Golden Globe nominee for Best Animated Feature and Best Original Song!

Even if you did see SING! in the theater, you’ll want to own the SING! DVD combo pack to relive the fun. Plus, the DVD includes fun extras including mini movies, character profiles, music videos and more. 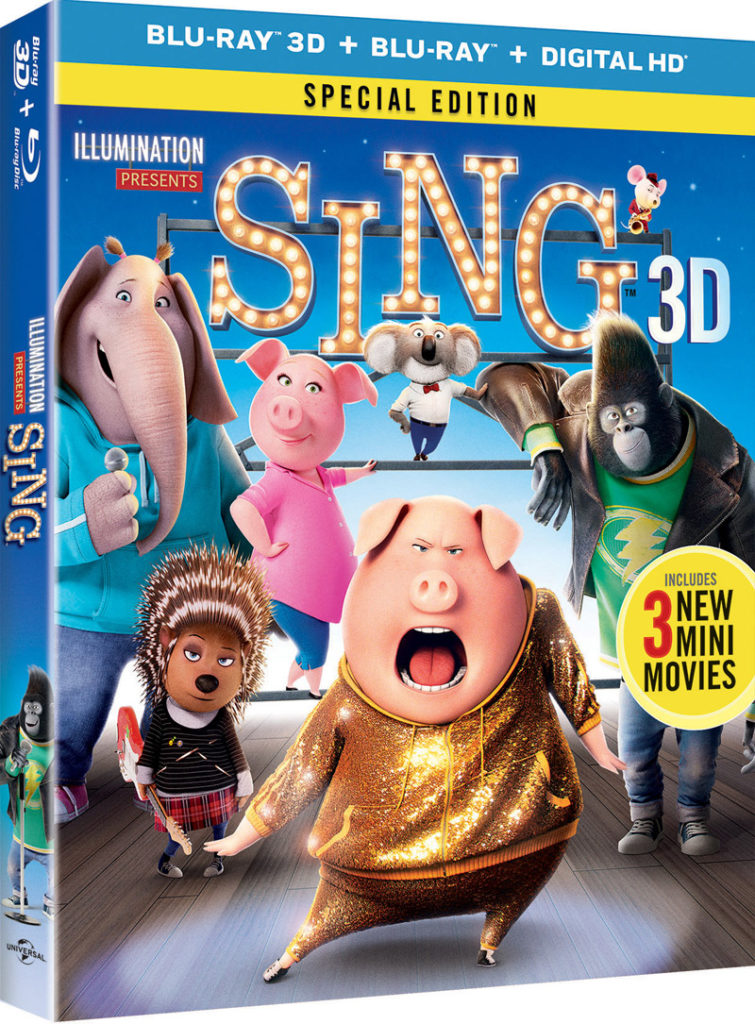 You can purchase SING! on DVD starting on March 21st at retailers nationwide and on Amazon.com.

You can enter to win your own SING! DVD at this link.

* Giveaway participants release Facebook from any responsibility whatsoever.
*Our Giveaways on this blog are in no way sponsored, endorsed or administered by, or associated with, Facebook.
* Giveaway participants are providing information to this blog and giveaway sponsors only; not to Facebook.
30 Day Winning Rule applies. For complete contest rules, please see our Contest Statement and Blog Disclosure.
Contest ends at 11:59pm EST on March 21, 2017 when a winner will be drawn at random.
Comment Via Facebook
Cindy