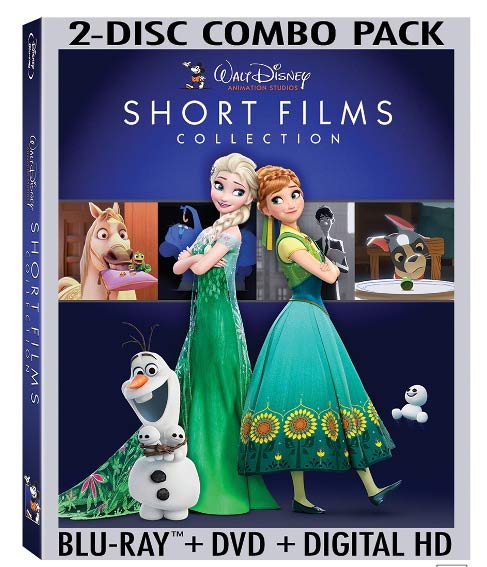 This collection of award-winning and beloved short films is a must for every Disney fan! My kids were most excited about the new FROZEN FEVER short film that was before now only accessible when watching Cinderella in theaters!

We just received this Short Films Collection last night and have already watched FROZEN FEVER, Tangled Ever After, and Goofy’s How To Hook Up Your Home Theater last night! My kids got up early before school this morning so they could watch FEAST short film. 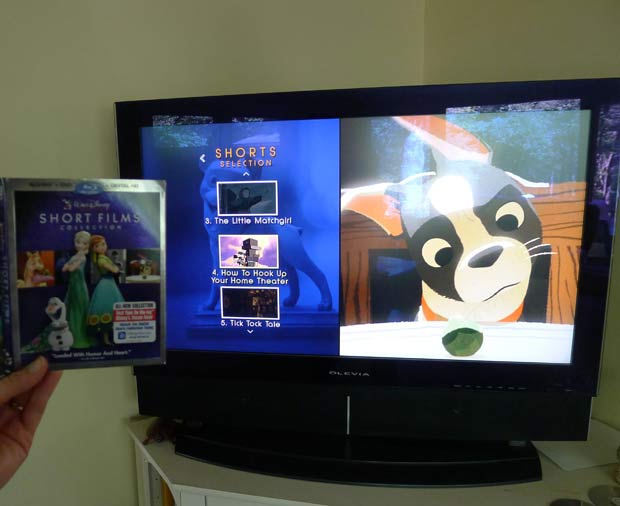 We are loving it – parents included!

The Short Films Collection features never-before-released Frozen Fever, starring Frozen’s Anna, Elsa, Olaf, Sven and Kristoff, and the Oscar®-nominated Lorenzo.  It also offers classic Disney characters including the 2012 groundbreaking Mickey Mouse cartoon, Get A Horse! We loved that short film in the theater before watching FROZEN.

You can even get an inside look at the Disney Animation short films with interviews and introductions with the acclaimed filmmakers themselves.

Surprise your family with this must-own collection. It is the first time these Disney Short Films have become available for at-home viewing.

You even have a chance of winning your own copy of WALT DISNEY ANIMATION STUDIOS SHORT FILMS COLLECTION, but you must enter today, August 21, 2015.