Summer parties are the best! It is easy to make it a blast with 1 simple thing – balloons! Balloons make parties festive, fun, and exciting however they are a pain to blow up – I get so out of breath blowing up so many balloons. 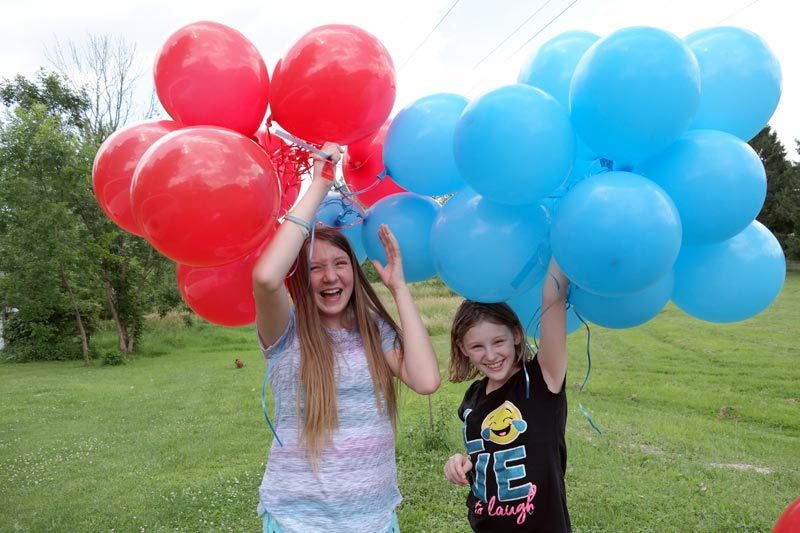 Water balloons are also the hit of any summer party but a huge pain to fill with water and tie! Kids just want more and more water balloons, it’s impossible to fill and tie enough! But just look at those happy faces as kids play outside! 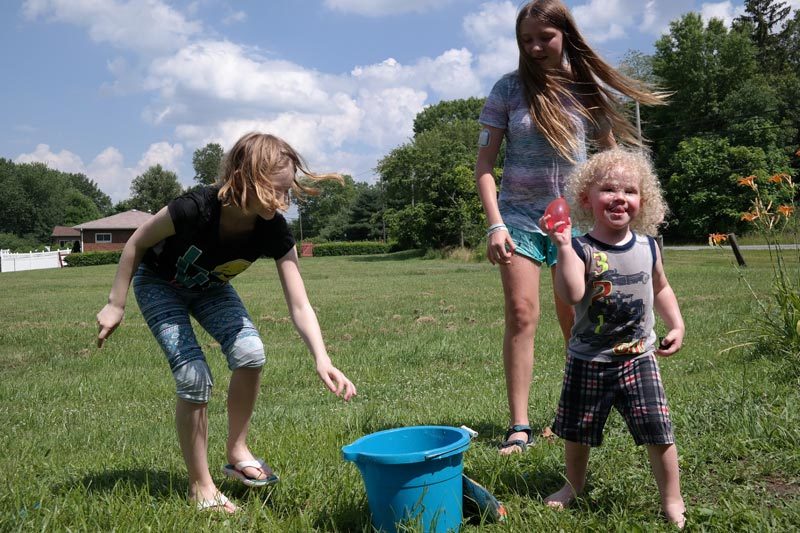 Get the party started while cooling off with Bunch O Balloons Rapid-Filling Self-Sealing Water Balloons! There is nothing like a good water balloon fight – for kids and adults alike. 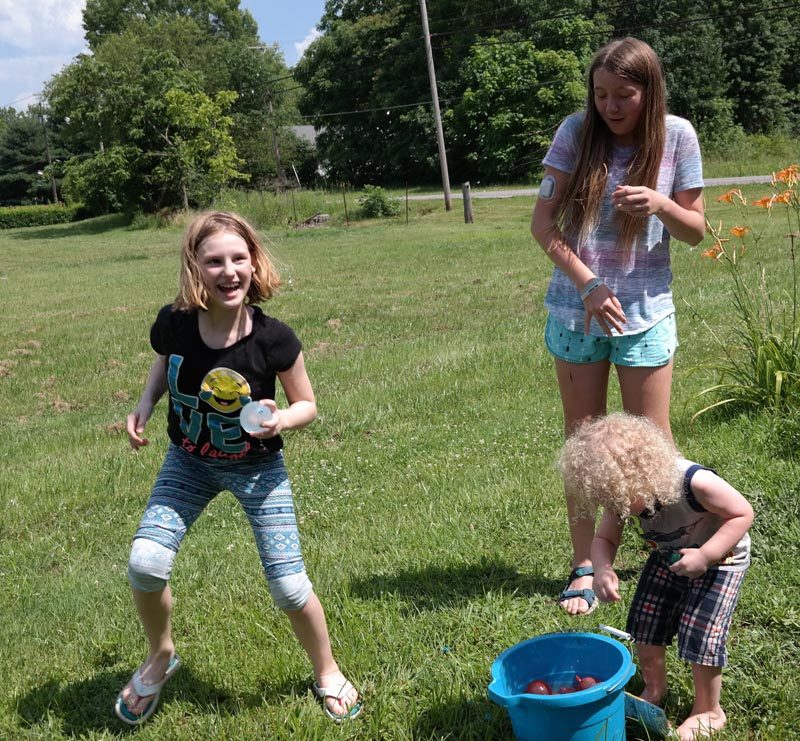 The water will start filling up the balloons…quickly – you can fill 100 water balloons in under 1 minute! No joke! 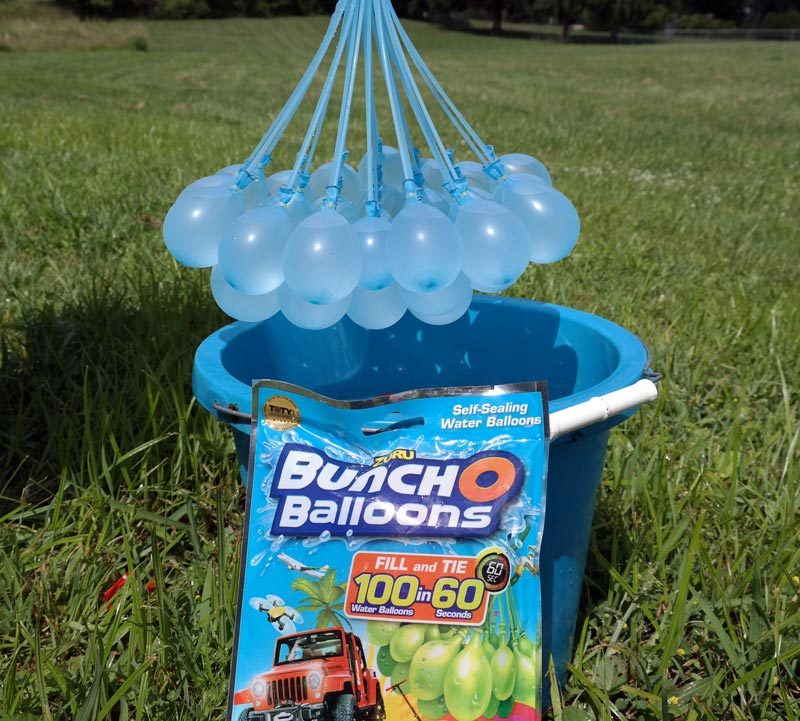 Once the water balloons are full, they will start dropping one by one. We always let them drop into a bucket. It takes just seconds to have tons of water balloons which equals tons of fun. Gone are the days of filling up balloons in your sink only to drop half of them while trying to hand-tie them and get drenched in the process with little to show for your efforts. Bunch O Balloons is the only way to go from now on for water balloon fun! 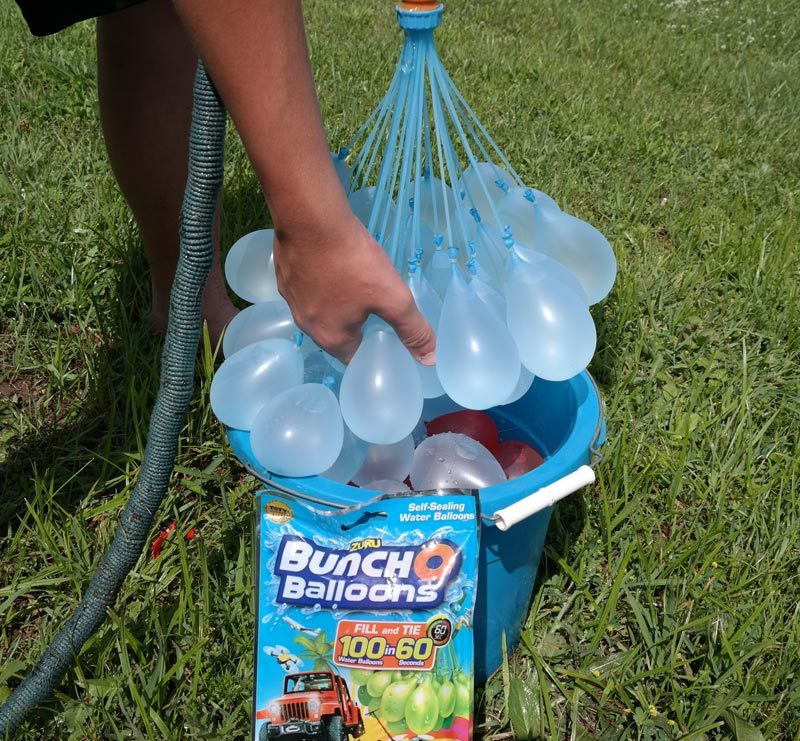 It couldn’t be easier to keep kids, even 3 year olds entertained this summer. Even if you aren’t having a party, keep a couple packs on hand to keep your kids cool, entertained, and playing outside all summer long. The joyous, happy faces tell it all – kids love water balloons and now with Bunch O Balloons, so will parents! 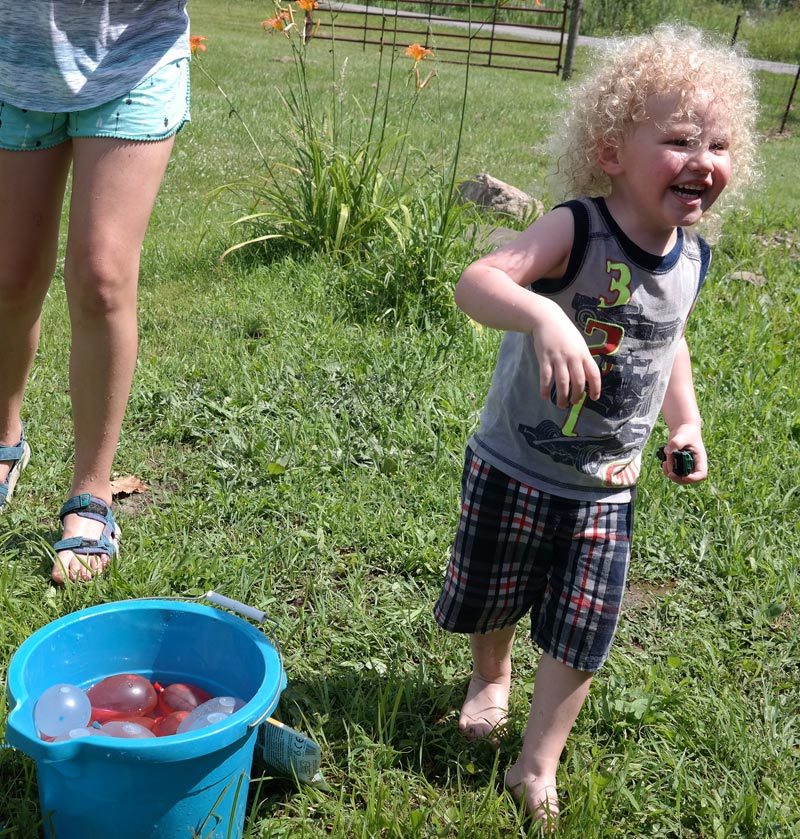 Another must-have for parties year-round are party balloons! Adding balloons makes any event festive, fun, and exciting – this goes double for kids! Bunch O Balloons Self-Sealing Party Balloons are a dream come true. No more blowing up balloons while hyperventilating in the process. No more hand tying the balloons closed. No more typing on ribbon or string.  You can now fill, tie, & string up to 40 balloons in 40 seconds!!! 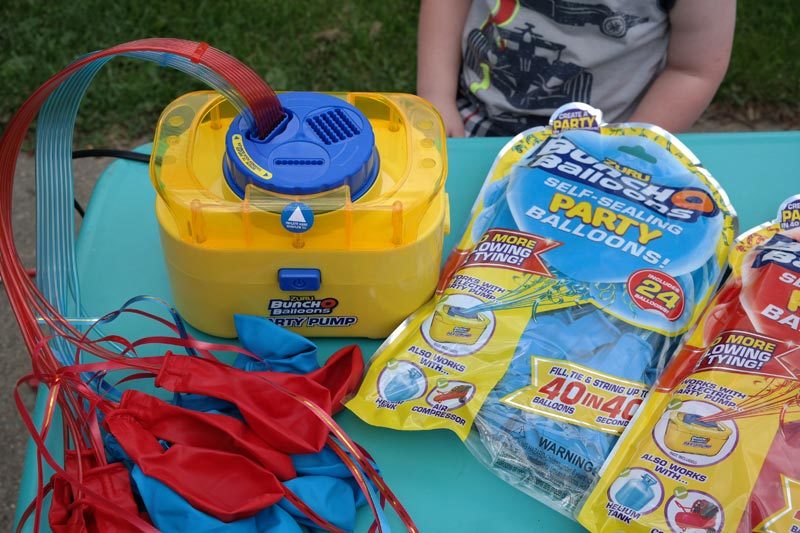 What an amazing invention! It is so quick, easy, and fun to fill as many balloons as you want with the Bunch O Balloons Party Pump and Party Balloons. The balloons are connected with ribbon and a special plastic air tube that connects to the pump. You pick 1, 2, or 5 bunches of balloons to fill at once and press the button. The air fills the balloons then you disconnect and have beautiful, full balloons, already sealed and ready for fun. If you don’t want to use the party pump, you can also fill with helium! 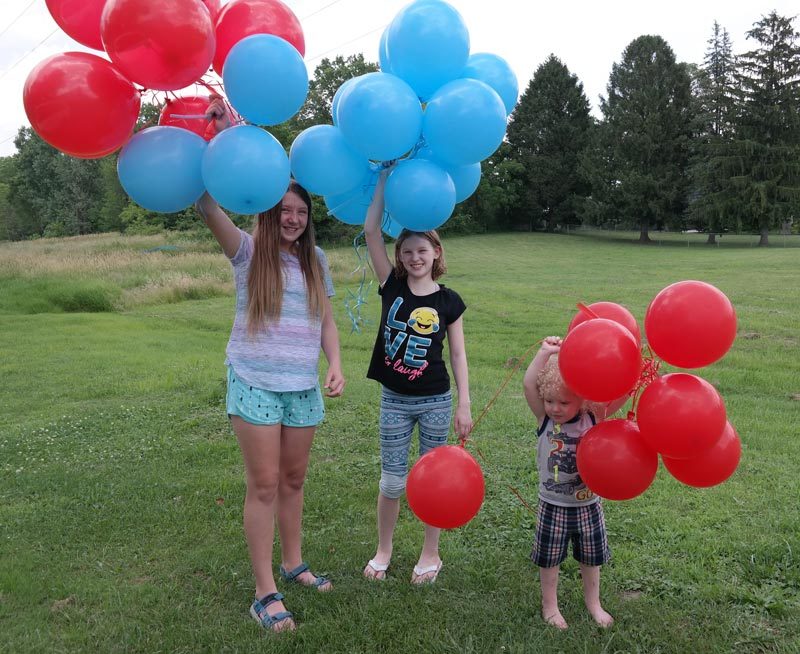 This gorgeous balloons were filled in less than a minute! Can you believe that?! See it in action here:

I hope Bunch O Balloons makes your summer parties more festive and fun as it has ours! Have a blast!!!