Earlier this week, I shared with you how Zarina from Disney’s The Pirate Fairy was developed by the animation team at Disney.  Now, I’d like for you to meet film’s producer, Jenni Magee-Cook and director, Peggy Holmes. 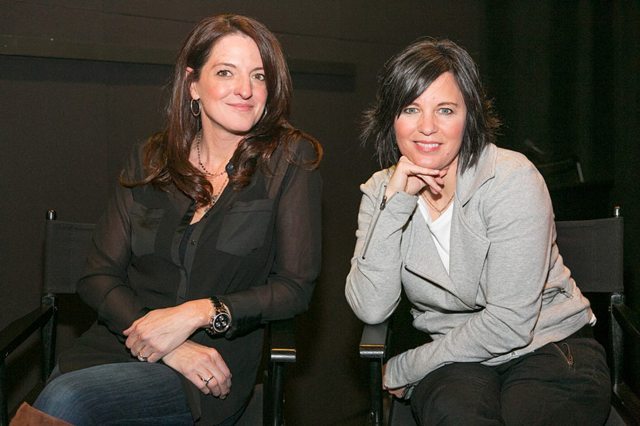 I had the amazing opportunity to visit DisneyToon Studios last month during an all expense paid trip to L.A. to learn about the upcoming home releases of three fantastic movies.

The passion for The Pirate Fairy story can’t be missed with talking with the film’s director, Peggy Holmes and producer, Jenni Magee-Cook.  In a nutshell, they said they wanted to create a movie about a girl that makes a mistake, does everything to make it right, and doesn’t expect anything in return. I think we can all agree that this message came through load and clear in The Pirate Fairy.

[exceptional-citing quoted=”peggyholmes” template=”elegant” date=”” ]Zarina is very curious, always inquisitive and is full of big ideas. She’s a lot like Tinker Bell in that she thinks outside the box[/exceptional-citing]

Disney took great measures to be sure it is a movie that is full of both magic and realism. They went to such measures as visiting 2 mock battle ships to research how it would be for a 6″ fairy on a ship. This was also used to determine where the fairies could hide during the fight scenes! I am so impressed at how Disney researches their worlds and stays true to it.

The talent at Disney is amazing, including these two ladies. In fact, Peggy Holmes has a background in choreography and actually worked on the choreography for parts of this movie as well as being the director!

[exceptional-citing quoted=”jenni-magee-cook-” template=”elegant” date=”” ]We’ve been really lucky with the talent that’s come in to work on this film. Whether they’re voicing an action scene, singing a pirate song or relating to one another like only these characters can do – they really capture the humor and the emotion.[/exceptional-citing]

What an honor to meet and chat with both the director and producer of The Pirate Fairy. Many congratulations are due to them!

You can buy The Pirate Fairy at retailers nationwide and on Amazon.com.

You have the chance to win a The Pirate Fairy DVD.
a Rafflecopter giveaway

Contest ends at 11:59 pm EST on April 20, 2014 when a winner will be drawn at random. I will notify the winners and they will have 36 hours to respond or another winner will be selected!

This was not a paid post. My own opinions were used based on my perceptions and experience. Thank you to Disney who provided the product for giveaway.