Wow! Wow! Wow! That is all I can say about the new Ringling Bros. and Barnum & Bailey present Out Of This World Circus at Quicken Loans Arena!!  This show offers one surprise after another with a totally revamped, more modern style of circus. It is like no other circus we’ve ever seen.  It is a a cross between cirque du soleil, ice capades, live theater, and Noah’s ark!

My family agrees that it is the best performance we’ve experienced from Ringling Bros. and Barnum & Bailey. They are in town tonight through Sunday, October 23, 2016 make plans now to attend with your family!

Ringling Bros. and Barnum & Bailey present Out Of This World Circus

The Ringling Bros. and Barnum & Bailey present Out Of This World Circus truly out of this world! The show starts with astronauts floating in outer space. It was so realistic with their movements, costumes, and performance. There are plenty of dark scenes with mystical lights throughout the circus to delight kids of all ages, but not scary for children. See the planet globes below? They are filled with orbital aerialists that perform unbelievable acrobats. 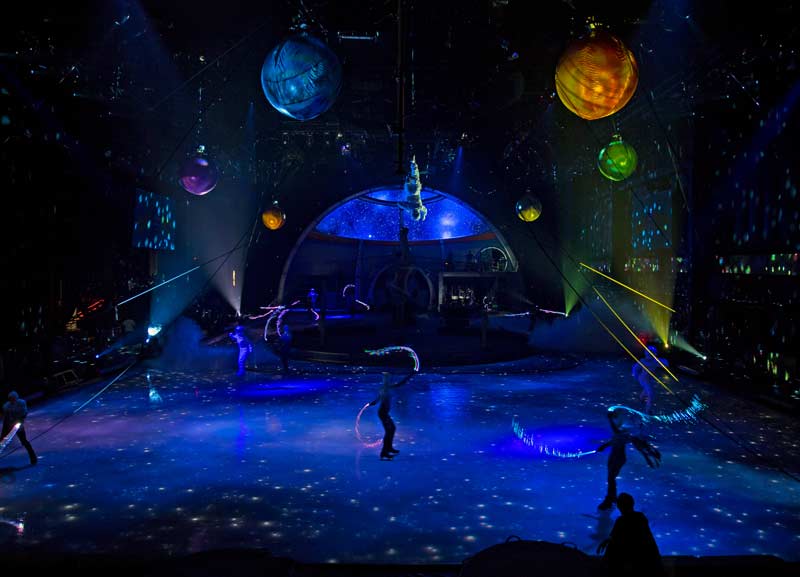 One thing that caught me completely by surprise was the ice! The entire center arena is surrounded in ice. This adds an element of ice capades to the circus like never seen before. Don’t worry, this isn’t a figure skating show by any stretch of the imagination. The addition of ice adds speed and visual stimulation to the adventurous scenes. There is so much going on at any given time during the circus, your eyes will be racing to see what to take in next! There is always so much going on – it is simply incredible! 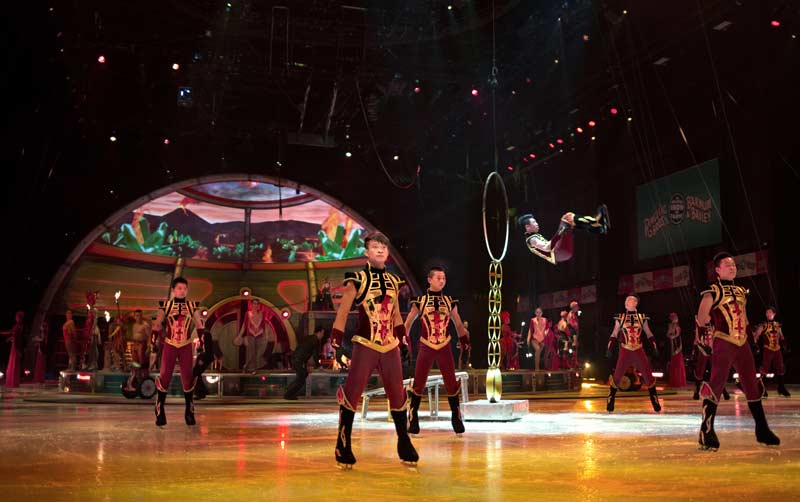 I loved, loved, loved all of the animals in this circus. I was disappointed when they made the decision to no longer have elephants in their circus because they were my favorite part. I worried that the circus wouldn’t be the same. However, Ringling Bros. and Barnum & Bailey went above and beyond what we expect out of a circus to so much more this year! Trust me, you won’t leave the circus disappointed. We were all so surprised at every new and excited aspect of the circus, it was like going to the circus for the very first time – which says a lot since we’ve been to at least a dozen in recent years! 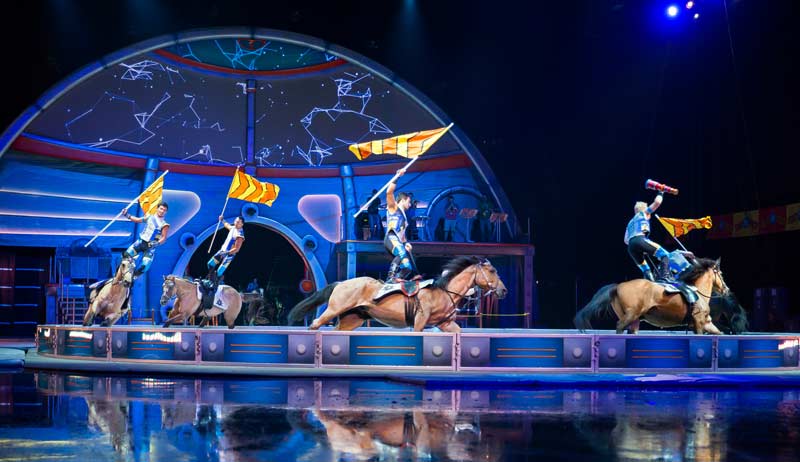 There were so many beautiful, talent animals and animal handlers/performers at this year’s circus. The performers did one death-defying trick after another for our amusement and entertainment. I can’t tell you how many times I was surprised and said “wow” at this show. We were all giggling aloud out of pure enjoyment. 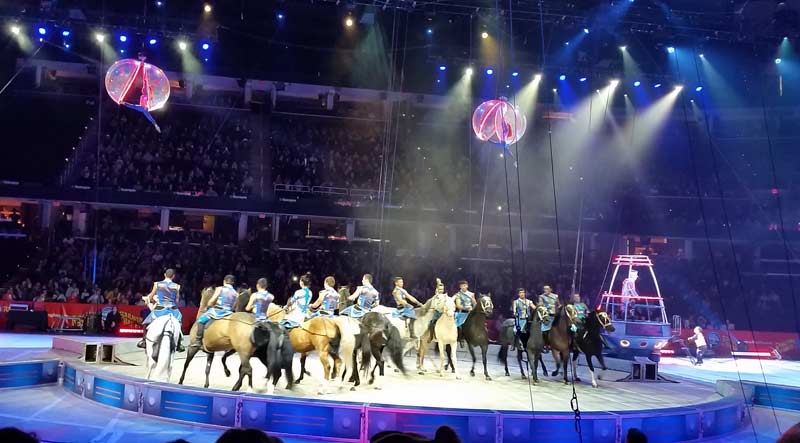 They have a total of 79 animals in the circus this year including some you’ll be totally surprised by like the pigs!!! 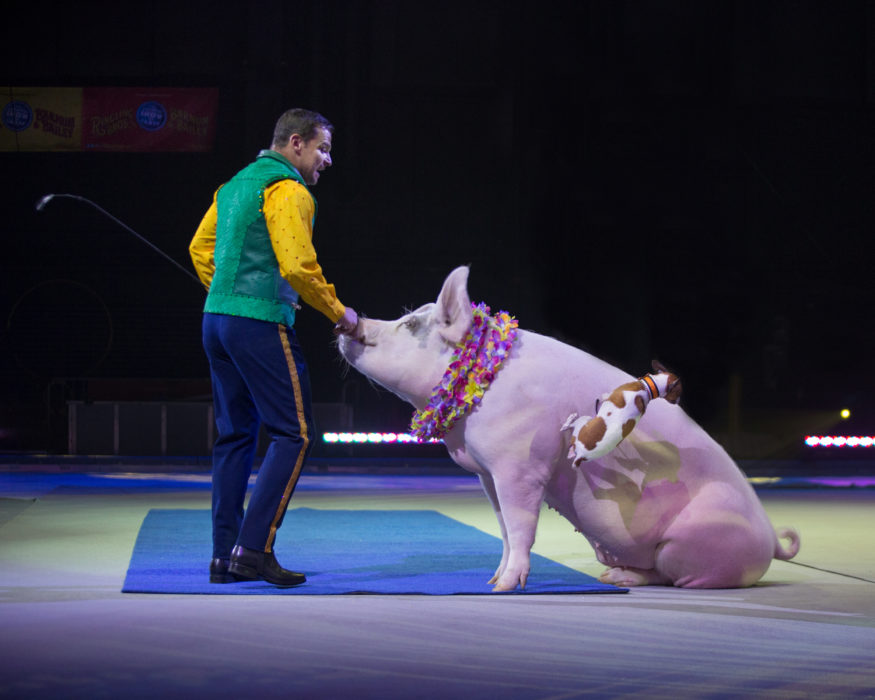 Who knew giant pigs could steal the show with the 19 dogs during the show dog competition?! Oh, it was so, so funny. I couldn’t laugh harder! Besides the pigs and dogs, there are 10 tigers, 6 lions, 1 leopard, 22 horses, 2 kangaroos (YES! kangaroos!!), 3 llamas, 4 alpacas, 6 goats, and 2 miniature donkeys. I guess there was plenty of room for more animals when the elephants stopped touring with the circus!

The cat trainer, Alexander Lacey is phenomenal! I’ve never seen a show like his. He is energetic, compassionate, and really loves his cats and they love him back – including several kisses on the mouth and snuggles together! 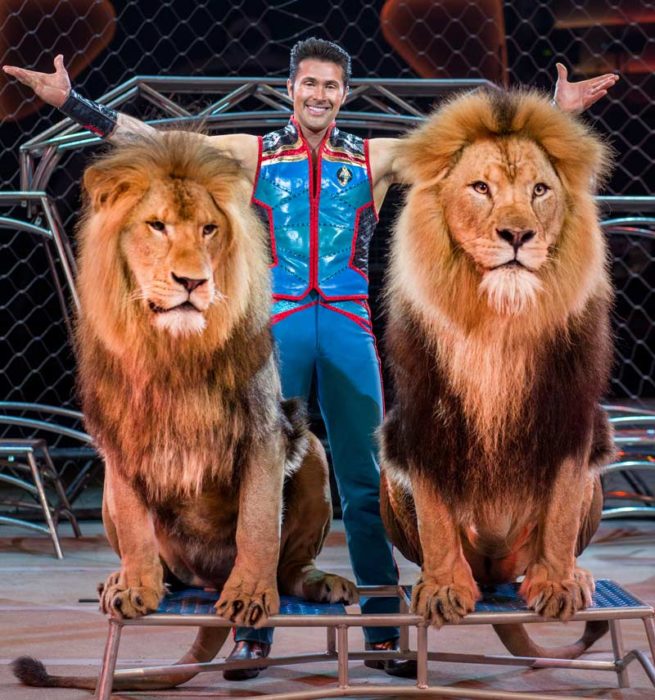 If you aren’t a fan of this act because of aggressive commands and whips from previous years, Alexander and his cats are a breath of fresh air. The cats are well trained and well taken care of by Alexander, you can tell.

These daredevils will amaze and scare you at the same time! I had to close my eyes when they got 7 motorcycles in the round cage. Seriously, I have no idea how they coordinate such a precise show in such an enclosed area! 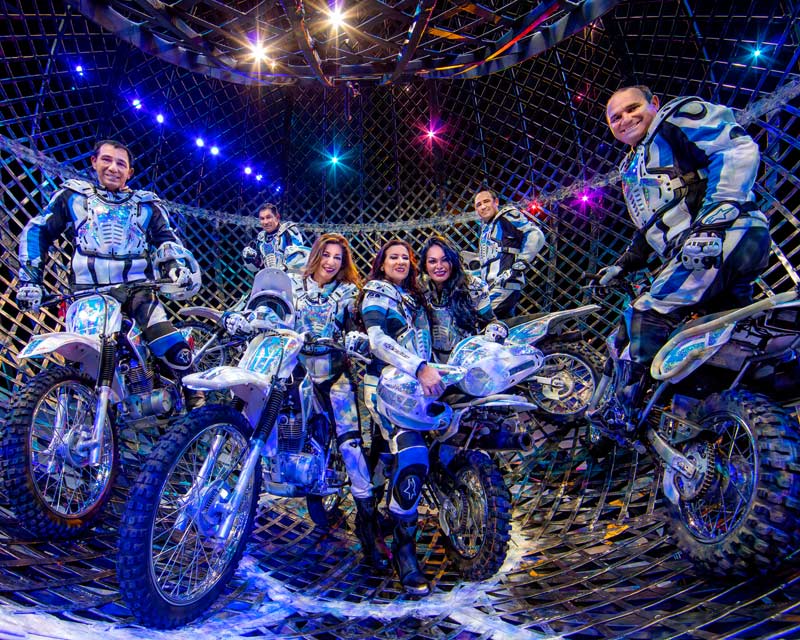 We went as a group, which I highly recommend. When you experience the circus with friends and family, it is a life-time bonding experience that you will  never, ever forget!  Bring your nieces and nephews, grandparents, neighbors and friends to experience the Greatest Show on Earth in Cleveland, Ohio this weekend! 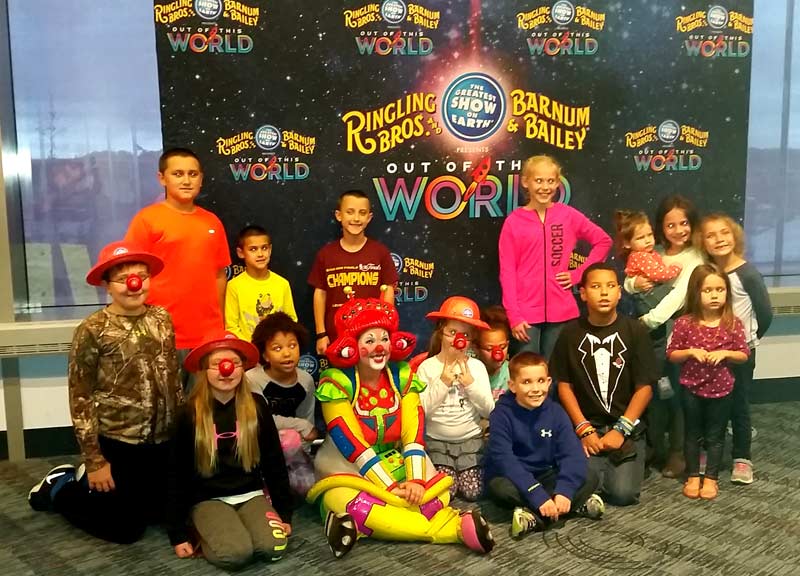 Ringling Bros. and Barnum & Bailey® Presents Out of This World Show Times:

Be sure to arrive 1 hour early for the Starseeker’s Early Access where you’ll experience up-close performers, autographs, and a sneak peek from backstage. Plus, enjoy an interstellar dance party and clown around with the Ringling Bros. Clown Alley.

This snack pack offer includes one ticket plus a $10 Fan Fare concession voucher! Choose from any of these performances:

What a great value! You can purchase the $25 Snack Pack offer on the Q Arena website for a limited time!