Ringling Bros. and Barnum and Bailey Presents: LEGENDS at the Covelli Centre in Youngstown was a great show! As usual, there was something for everyone in the family at Ringling Bros. Some of my family’s favorites were the Globe of Steel, the Motorcycle Highwire, and the tigers and lions.  Ringling Brothers was a huge crowd pleaser and if you get the chance to attend the show, make sure that you get there an hour early for the All Access Pre-Show that is free with purchase of your tickets. 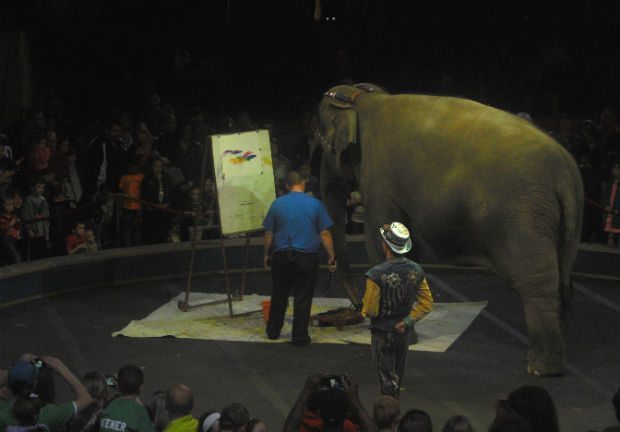 Bailey the Elephant painted a picture during the Pre-Show that was part of a drawing for one lucky winner!

LEGENDS Pre-Show is Interactive for All Ages

Ringling Brothers All Access Pre-Show is unlike anything I have ever been to. It was up close and personal. It made my kids feel like they were a part of the circus in a great way, other than just watching the show. When they saw clowns or dancers during show that they had interacted with during the pre-show, they waved and would tell me, “Hey! That’s the clown who gave me my clown nose!” During the Pre-Show, there were clown and acrobatic performances that were not a part of the main show, as well as some great crowd interaction. 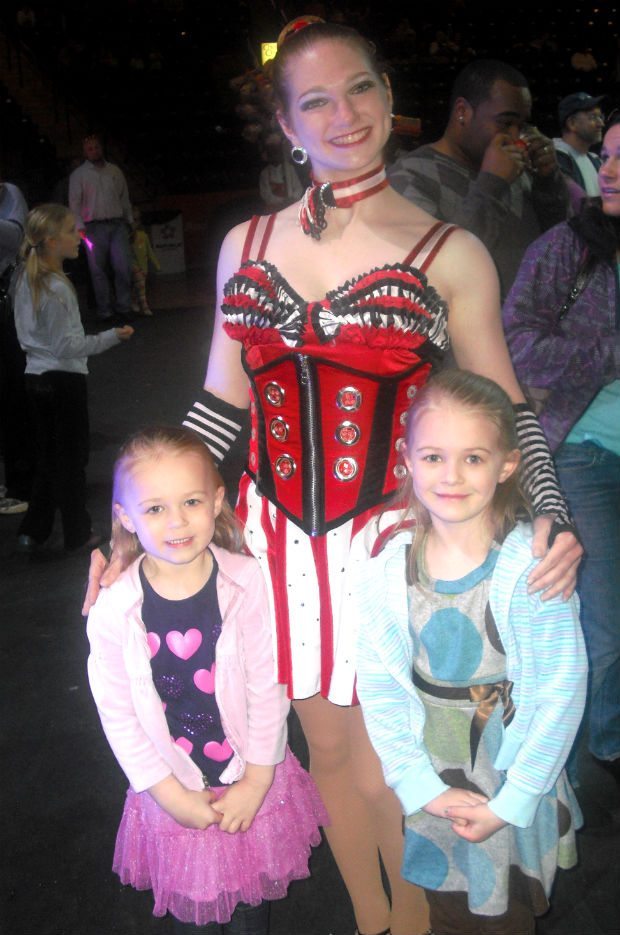 Claire and Grace with a Ringling Brothers dancer during the Pre-Show. Her costume was their favorite.

Ringling Brothers and Barnum and Bailey Presents: LEGENDS is even more unique than any of their other shows that you may have ever seen before. LEGENDS tells a story about a man who travels to meet mythical creatures such as Pegasus, a unicorn and even a wooly mammoth! My daughters could hardly believe their eyes when each of these legendary creatures came onto floor. 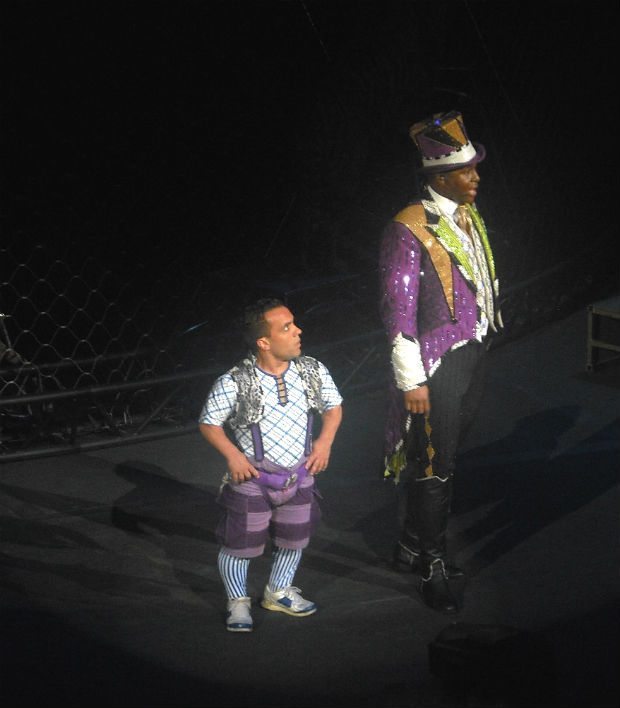 The sheer athleticism of the performers of LEGENDS is enough to make you look at each of them in awe. The China National Acrobatic Troupe had a variety of acts that left us all asking, how is it physically possible to do that?? There were acrobatic performances on bicycles, flipping and tumbling while jumping through hoops, and climbing up a straight pole only with upper body strength. Another high flying act was the Tuniziani Troupe of trapeze artists doing some truly amazing and heart stopping  synchronized movements. The Torres Family on their dirt bikes in the Globe of Steel were one of our family’s favorite acts. How they fit 8 people on 8 dirt bikes into that space without an accident truly is amazing! My daughters loved that there was a female rider! 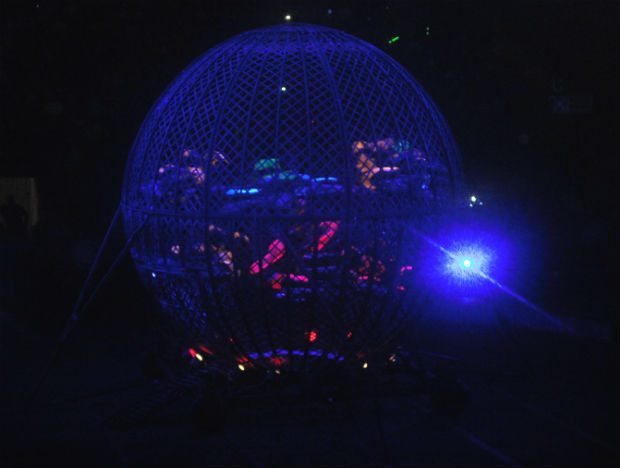 Ringling Brothers is a great family event to attend, they encourage children to dream and imagine. Make it a family night and be sure to bring some extra money for your circus snacks that each come with a souvenir that you can bring home!

Megan is a stay at home mom of 2 girls, 5 and 4 years old. Currently, Megan lives in the Youngstown area. Megan grew up overseas with parents who were missionaries. She hopes to give a global perspective to her writing, as well as ideas of how to bring different cultures into your home in a fun way. Megan likes to spend her time crafting, creating DIY gifts, cooking, and discovering new fun places to go with her family.
Sign up for our Ohio Specific Newsletter- Each Email Focused on Only our best Fabulous Local News and Ideas!