Come face to face with your 25 of your favorite Marvel Super Heroes and villains at Marvel Universe Live in Cleveland, Ohio!  Witness Captain America, Iron Man, Black Widow, Hulk, Thor, Spiderman, and Wolverine work together to battle the evil villains threatening our very existence in a 2 hour, action-packed show!

The show delivers everything you would expect from super heroes with highly athletic performers flying on wires, falling from high, stunt riding motorcycles, and hand-to-hand fighting with some very well-rehearsed choreographed scenes with plenty of martial arts and aerial stunts!

Thor, the Asgardian thunder god, destroys the Tesseract or Cosmic Cube into pieces to protect the world from it falling into the hands of evil, power hungry people, like his brother Loki. 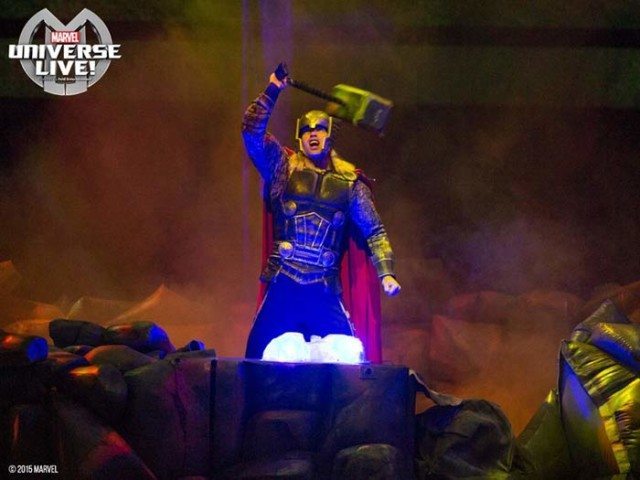 Meanwhile, Iron Man is in his lab, bored out of his mind because of no action.  Then he learns that Loki captured X-Men Wolverine, Storm, and Cyclops to use their mutant energy to create a powerful weapon. 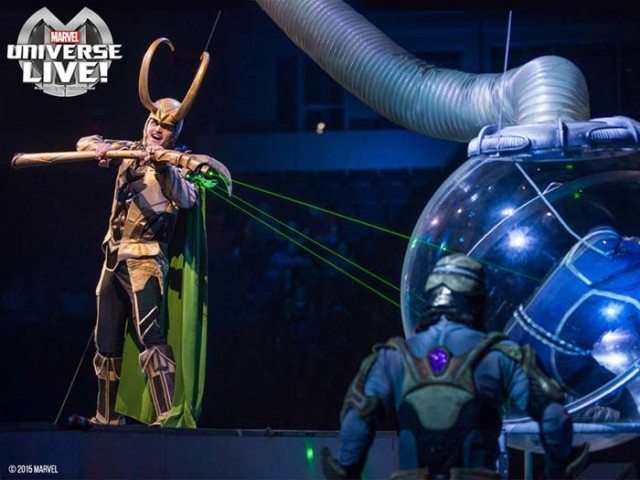 Call me weird but for a moment there, I was actually afraid of Loki when he addressed the audience, telling us that he would be our ruler and that we smelled bad, like humans and nachos! ha!

From there, the Avengers team up with a few other super heroes like Wolverine and Spiderman, who was amazingly talented with his athletic gymnastic moves! 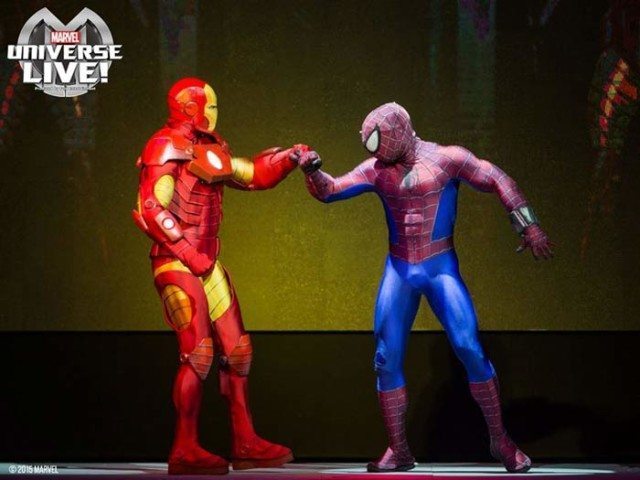 All the super heroes get together to fight off all the bad guys that have acquired the pieces of the cosmic cub, including Loki.    The fight scenes are constant from beginning to the end, they fought many villains that I wasn’t even familiar with including Rhino, Doc Oc, the Lizard, Green Goblin, Red Skull, and Electro.

To help the story along, the entire backdrop of the show had motion graphics to set the stage and transport the audience to places across the globe. I was surprised at how much I enjoyed this, especially the beginning when the entire wall looked like an open comic book.

My 10 year old son had a fantastic time, as I knew he would. My 8 year old daughter loved it too – so don’t be afraid to bring your girls. 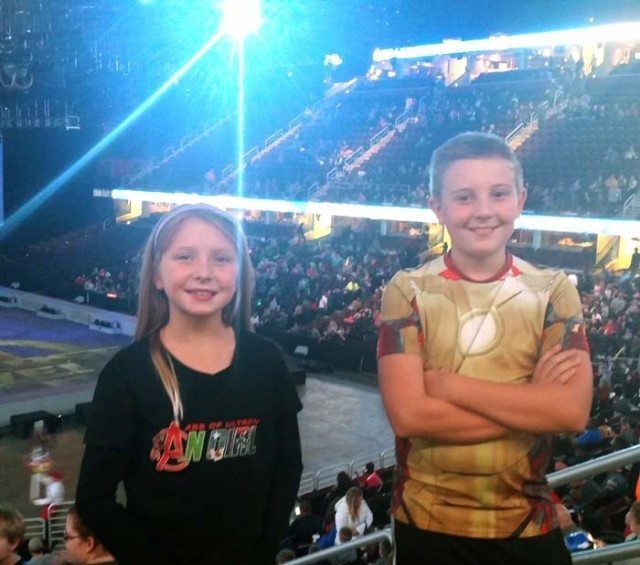 I was entertained the entire 2 hours, it was high energy, action-packed, and in the end, good prevailed over evil, as it always should!