The untold story of how Disney’s classic “Mary Poppins” made it to the screen will unfold in Saving Mr. Banks this December 20, 2013. Walt Disney’s daughters’ favorite book was P.L. Travers’ “Mary Poppins.” They begged their dad to make it into a movie. It wouldn’t be easy. It took 20 years before Mrs. Travers would even consider it and when she did, it wasn’t without being very involved – she didn’t want Mary Poppins to be turned into something she wasn’t’.

Saving Mr. Banks is filled with big names including Tom Hanks and Emma Thompson. Between the story and the actors, it is without question going to be a smashing hit. The story looks so engagning and comical. 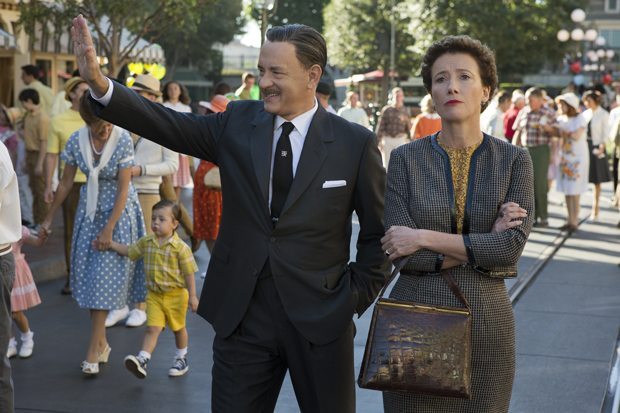 Walt Disney discovers that Mary Poppins is more than a story, she is real and very dear to Travers. This is the story of how Walt Disney helps Travers discover the truth about the ghosts that haunt her by reaching into his own childhood. By Walt Disney keeping his 20 year old promise to his daughters, the beloved story of Mary Poppins was released to one of the most endearing films to date.

I can’t wait to watch this movie with my husband for date night this Winter! While watching the trailer, he also thought it looked like a really good movie.