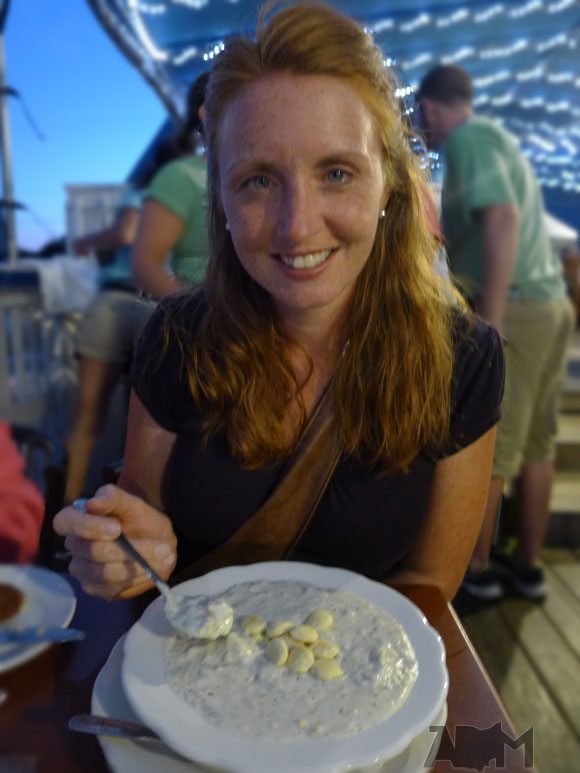 One bite and we could tell why it has been voted Best Chowder in Cape Cod!   It is loaded with hearty pieces of clams and potatoes in a creamy broth that isn’t too thick or too thin.  The portions are heaping, we shared just a couple bowls for our family of 4. 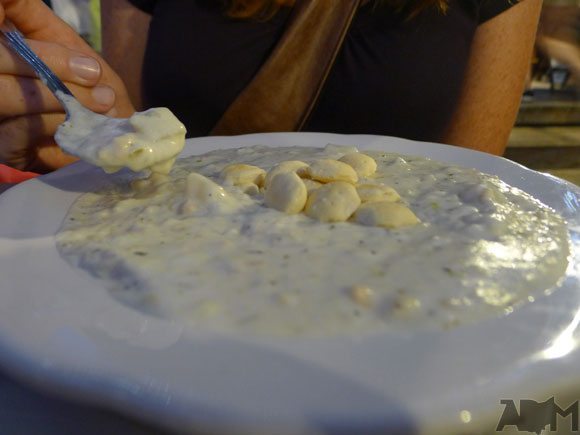 So, what is the secret of the best chowder in Cape Cod? Alan Delaney reveals his secret as cameras watch the chef prepare it in the kitchen of The Skipper Restaurant.

The Skipper Restaurant has won Triple Crown Chowder title with the following festivals.

They serve up the best traditional style of clam chowder in Cape Cod. It isn’t too “fishy” like others can be. Even my kids loved it! 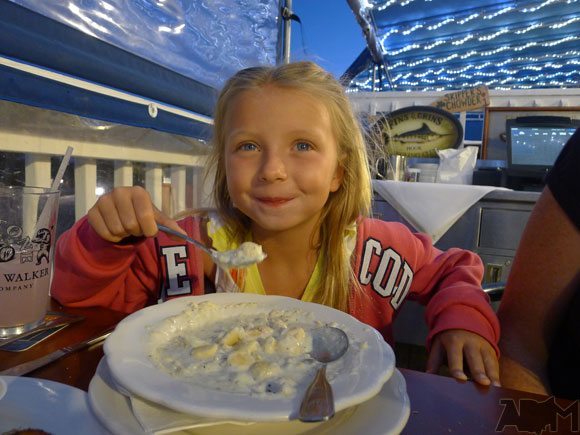 Be sure to arrive early as the restaurant is so popular there is most always a wait during dinner hours.

This was not a paid post. My own opinions were used based on my perceptions and experience. Thank you to Lighthouse Inn who provided us with dinner for review.