I came across the below graphic outlining what each state of the union is WORST at.  Many states listed bad things like Drunk Driving, Crime, Worst Drivers, Taxes and other WORSE awards.  But Ohio came in as the NERDIEST state.  Hooray!  This statistic is simply based on the number of library visits per capita– so apparently we go to the library a lot. 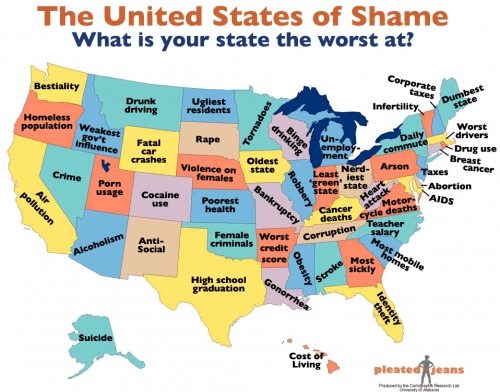 I have heard that Ohio has the BEST library system in the country by far, -so , consider us blessed in that regard. I’m sure that the Akron Public Library system is ranked very high as one of the best in the state. They not only have books and other resources but many programs for every age from babies to adults. There is always something fun going on at the library. My family uses it not only for checking out books but for playtime and entertainment. Plus, it’s free! (Unless you lose the book behind the toy box for 3 months or something like that!)

BUT, back to being labeled as NERDY.  Nerd is defined in the dictionary as a person who is single-minded or accomplished in scientific or technical pursuits but is felt to be socially inept.  Personally, I feel that pretty much these days, Nerdy is the new “cool”.  I’ve seen countless tshirts with fun phrases and styles like the ones below that are fun, yet nerdy.

My husband has a degree in electrical engineering. Electrical engineers are smart, for sure. Geeky? Nerdy? Perhaps EEs agree in a prideful way. I love my smart hubby. I can’t go as far as to say nerdy, it just doesn’t sound right. Geek might be a little nicer?  I buy my husband nerdy, geeky shirts like the one below. He has 2 Binary Dad tshirts like the one below. It’s very cool because only those that are “nerdy” would even know what those codes mean. All I know is that it spells out Dad in binary. I had to get it for him when as a new dad.

Binary  Dad was a hit, the shirt pictured below wasn’t as big of a hit but it was a tshirt and so he wears it. It says, “There is no place like 127.0.0.1”. This is some sort of code for the beginning or “home” point of programming. Don’t quote me on it. I just thought it looked fun and geeky, so I bought it. 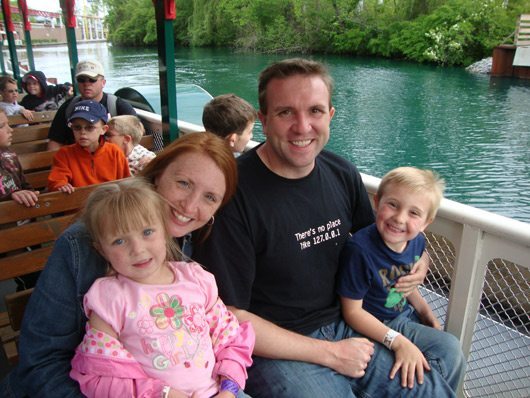 So, being known as the Nerdiest State is not such a bad thing. It means Ohio has lots of smart people focused on smart things like technology and computers. As a side note, Ohio is known as being the best at making Swiss Cheese in the USA! Yippee!

Does that mean we have a bunch of Nerds Making Swiss Cheese in Ohio?

5 thoughts on “Ohio is the Nerdiest State- and that’s GOOD compared to the other options!”