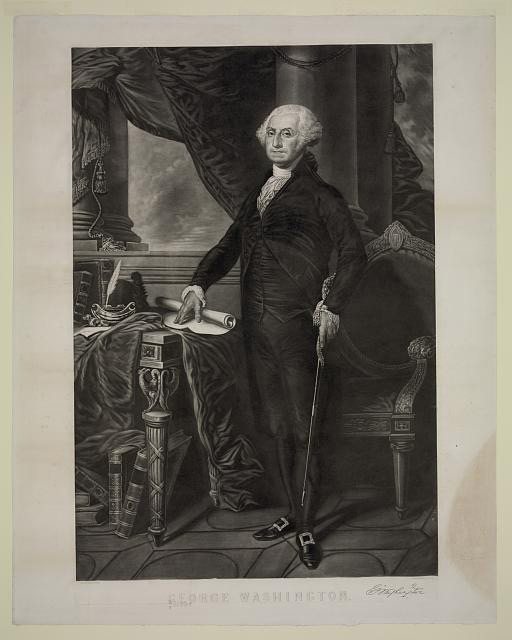 Today we know that the “I cannot tell a lie” statement George Washington was supposed to have made to his father after cutting down a cherry tree is not true; it was a story that came from Washington’s first biographer, Parson Weems, who saw fit to fill in with stories he thought would embellish the tale of our first president.

So what do we know about George Washington’s childhood?  Not as much as we might like. Biographers have found that the president’s childhood was not a subject he liked to talk about.

He was born February 22, 1732 to Augustine Washington and his second wife, Mary Ball Washington.  At the time of his birth, George had two half-brothers from his father’s first wife, and later, five additional siblings were born after George.

George’s mother was a troubled person, and this affected her children. Mary Ball Washington was the child of a marriage between a wealthy gentleman who married a family housemaid who had no education.  It was a legitimate marriage, so Mary eventually inherited land, slaves, and money from her father, but she was ill-prepared to step into the role of mother and mistress of a successful household.  Biographers report that she was defensive and over-protective of her children to the point that their childhood may have been quite stressful.  For example, other children in the area reached an  age when they were considered old enough to play by the river, but Mary never gave her children this type of freedom, fearing they might drown.

During the years when George’s father was alive

During the years when George’s father was alive, the family lived at Ferry Farm near Fredericksburg.  When Augustine died in 1743, he left the family 10,000 acres and 50 slaves. George was 11 at the time and went to live with his older half-brother Lawrence who was 14 years his senior.

Had Augustine lived, George would likely have gone to England to attend the Appleby School as his older brothers had done.  He had tutors and attended a school near Fredericksburg run by an Anglican priest but his education was not as robust as what a prep school could have provided.

Though there would certainly have been disappointment about missing a prep school education, George must have been happy that he got to live with Lawrence. Lawrence inherited land along the Potomac River; he called it Mount Vernon.

With extra time on his hands, George taught himself how to use surveying instruments.  This prepared him to be of service as he got older.  His brother’s marriage to a daughter of Colonel William Fairfax, one of the most powerful landowners in Virginia, provided him with connections to the wealthy who needed surveying work done. As a result, he began to acquire wealth on his own.

In 1752 Lawrence died, which must have been a very sad day for George.  Lawrence left him some land but Mount Vernon itself was left to Lawrence’s wife.  Women of that day needed to remarry quickly as their rights as an unmarried woman were so few; Lawrence’s wife did remarry so she soon sold the property to George; he treasured that land for the rest of his life.

After Lawrence died, George, then only 20, also campaigned to be appointed to Lawrence’s position as adjutant for the militia of his local Virginia military district.  By the standards of the gentlemen who usually held such posts, George was young and relatively poor;  he was given the title of major but assigned to a less populated outlying district. Nonetheless, Washington was beginning to be noticed.

According to Doug Wead’s book The Raising of a President

, the difficulties with Washington’s mother lasted a lifetime.  She constantly complained about being ignored by her children. One day in 1755, George was leaving home to meet British General Edward Braddock who had requested his help in scouting out some of the areas where the British were concerned about incursion by the French and the Indians, Mary arrived at Mount Vernon and kept haranguing George about how her children neglected her. Out of respect, George remained and missed that day’s meeting with the General.

In later life, Washington seems to have occasional stopped in to see his mother for a meal, but he invariably stayed elsewhere.  Mary Ball Washington might have been the proudest mother of the 1700s, but her stressful upbringing and misguided ways kept her from appreciating the talents of her first-born who went on to be a magnificent leader of our land.

This is just one of the fascinating, little-known stories available at Kate Kelly’s website www.americacomesalive.com

In February (Black History Month) and March (Women’s History Month), Kate will be profiling many leaders from backgrounds that up until recently could not have led to the White House.  To be added to either list, please visit the website. 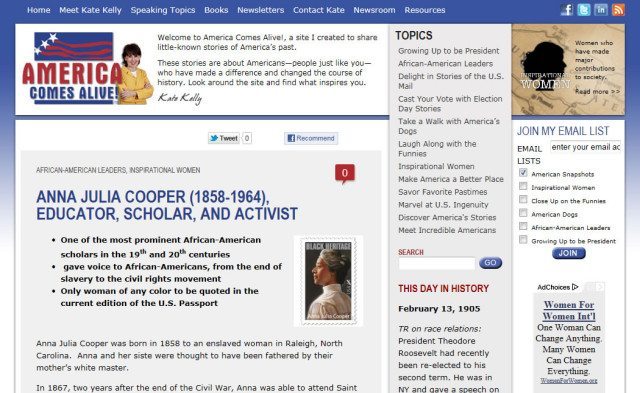 Akron Ohio Moms will occasionally publish content from exciting partners. Only 100% original content is considered. We limit the number of guest posts to ten percent or less of our overall publishing goals. Articles must be relevant to our audience.
Sign up for our Ohio Specific Newsletter- Each Email Focused on Only our best Fabulous Local News and Ideas!