Most babies love to be swaddled and to be held. Both my boys slept best when they were swaddled  and/or held. I had a whole method for rolling the boys out of my arms and into their cribs. It was a bit crazy but they knew the moment my hands were off them. With Scarlett I have a new swaddle to try, thanks to Nested Bean’s amazing Zen Swaddle. 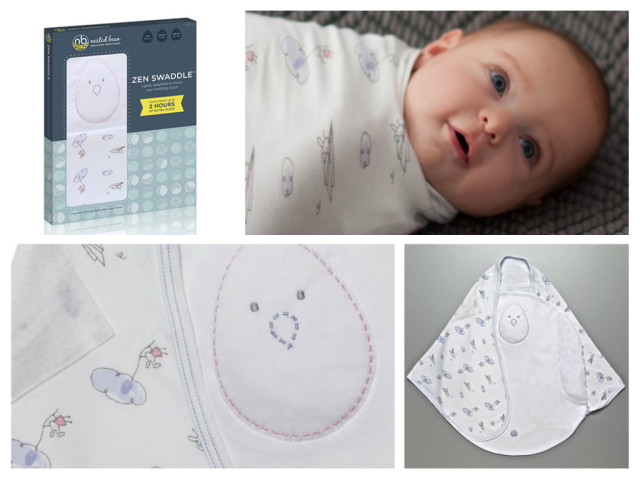 What Makes the Zen Swaddle Different?

The Zen Swaddle aids in self soothing in a very different way. Unlike other swaddle wraps the Zen Swaddle has very gentle weights that mimic parents touch. This is so brilliant! I remember just resting my hands palm down on my boys after rolling them into their cribs. They just needed that gentle pressure. The Zen Swaddle in weighed in the center to mimic our hands on our babies and weighted on the sides to feel like the baby is being embraced by you. 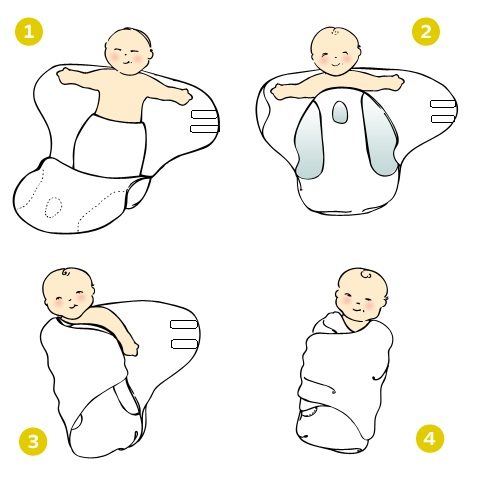 How to Swaddle with Zen Swaddle

Step 1:  Put baby in the swaddle as shown, with its wings open wide and blanket pulled down. Use the internal leg pouch for your baby for a snug fit in earlier months until your baby is both more than 23″ long and more than 1 month old. After that your baby’s legs can be placed over the leg pouch when your baby is over a month old and longer than 23″.

Step 2: Place the blanket on top of your baby as shown. The side weights are flat against your baby’s sides from under the arms down to the legs, the center weight is between the chest and stomach with the top edge of the blanket under your baby’s neck. Never over nose or mouth!

Step 3: Place the left swaddle wing over your baby’s right shoulder and under the arm and back of the opposite side.

Step 4:  Place the right swaddle wing over your baby’s left shoulder and under the back of the opposite side. Fasten using Velcro. Be sure to make sure that the swaddle isn’t too tight by slipping your hand underneath the swaddle. 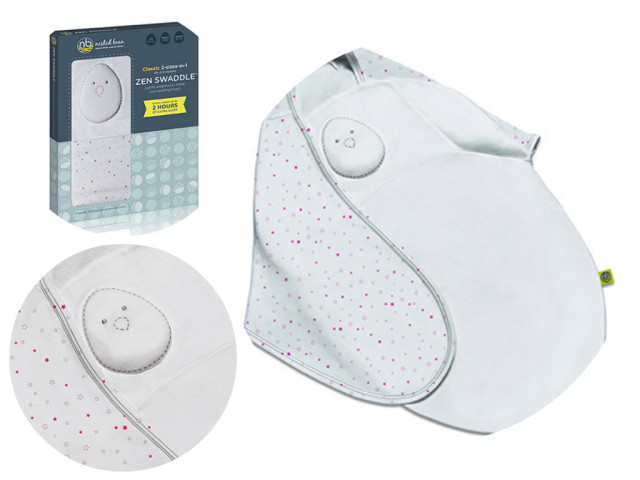 Get Your Own Zen Swaddle

You can order your own Zen Swaddle directly from Nested Bean here! I can’t wait to wrap up Scarlett in her adorable super soft Zen Swaddle! You can also order one from the amazon link below! There are lots of prints available perfect for new baby boys or girls!