The Flash Point Fire Rescue Board Game is a board game that posts your team of 2-6 firefighters against the dangers of a burning building!  Unlike many other board games, it is cooperative- in that you are working together to save the victims inside the burning house. 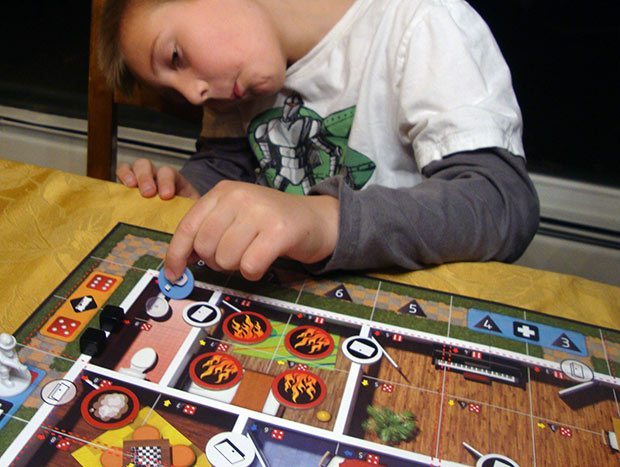 Created by Indie Cards and Games, (which sounds cool because it sounds so independently  hip!) the goal of the game is to save all of the victims that randomly appear around one of two different game boards before the house collapses. The fun is in:

The Flash Point game board is covered in a high end satin-like finish, the artwork is beautiful but not distracting, and the board is two sided for two different houses that can be set ablaze!  There are dozens of markers and characters, and a well defined grid that helps you figure out what goes where. 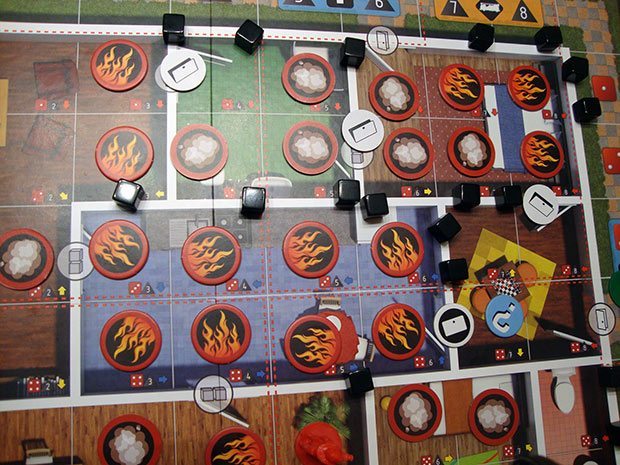 Fire Spreading through your game board house will provide plenty of flash points for your inner fire fighter to stop the fire, and rescue victims.  Be careful, the fire spreads and explodes through the game each and every player’s turn.  Flash Point is turn based and each player gets a chance to move towards victims, put out fire, and roll the dice to see more fire added to the board!

The rules seem daunting to a casual player but thorough, and very well written- once you start playing they just seem very logical -once you play your first game, you will never have to refer to the rules again.

I’ve not yet gotten to it but there is a set of advanced rules, with hazmat problems, different types of firefighting specialists, vehicles and what not.  I plan to get engrossed in this game. 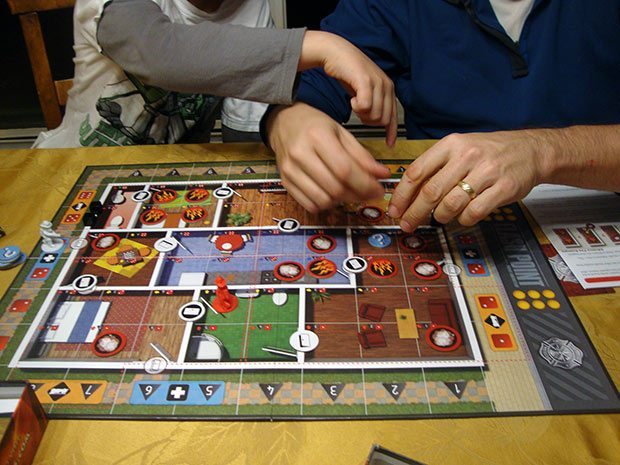 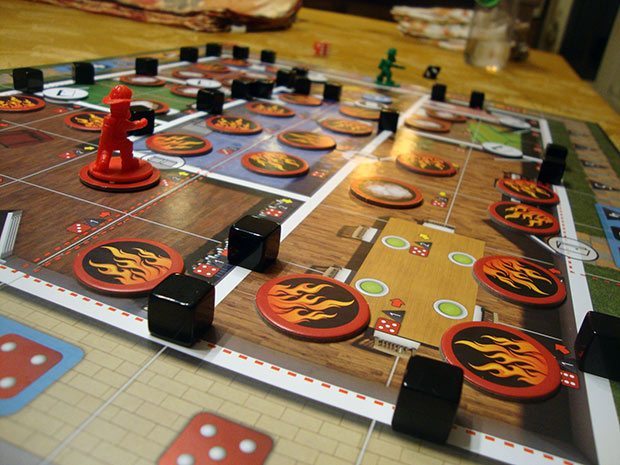 If there is one game that you buy this year for family members ages 10 and up, I suggest it be this game.  It can be played with 2 to 6 players, and each game lasts about 45 minutes.

This is our favorite new game for 2012.  – We rarely make such statements… so take notice!!

This was not a paid post. My own opinions were used based on my perceptions and experience. Thank you to Indy Cards & Games who provided the products for review.