There is no better way to beat the heat than with a NERF Super Soaker battle! My kids love running around the yard and playing with Super Soakers at the pool. It is so much fun for kids and adults alike! There is plenty of hot Summer weather left for your kids to battle it out this season! 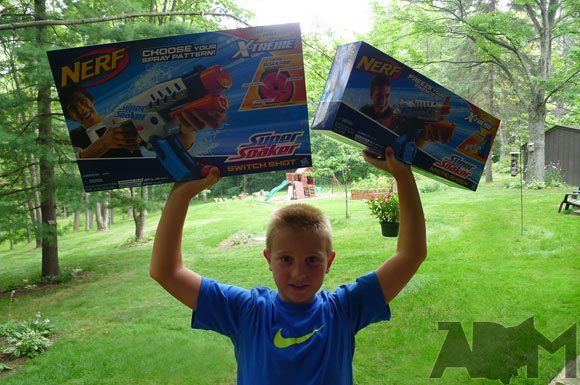 For the video, my daughter said she didn’t want to get wet. That was fine because our puppy Roxy loves to get squirted and tries to drink the water squirted at her! However, once my son “accidentally” blasted his sister, she was all in for it!

Let Your Kids Battle it Out with NERF Super Soakers

The water battle was on! They loaded their super soakers over and over all evening, switching back and forth between the two blasters. 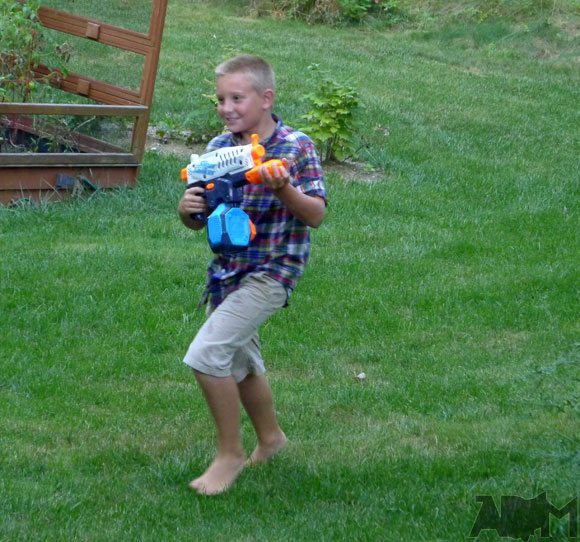 I love seeing both my kids having a blast with a toy. The NERF Super Soakers were a huge hit for both my son and daughter! They were both pretty good at aiming and handling the blasters too. I think they are both at the perfect age to be able to use the blasters, being ages 6 & 8. 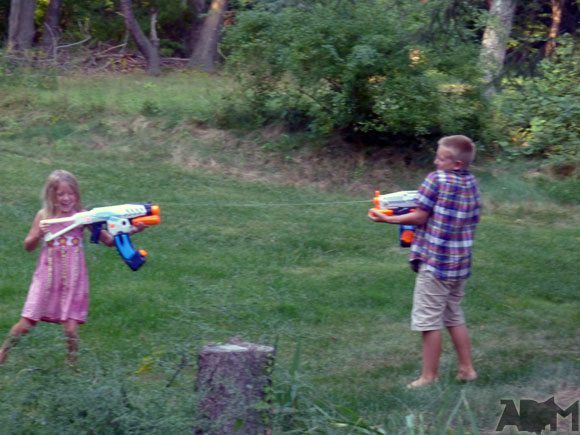 [exceptional-citing quoted=”cindy-beach-2011-headshot” template=”elegant” date=”” ]I LOVE the big smiles, laughs, and friendly competition both my kids have with the Super Soakers![/exceptional-citing] 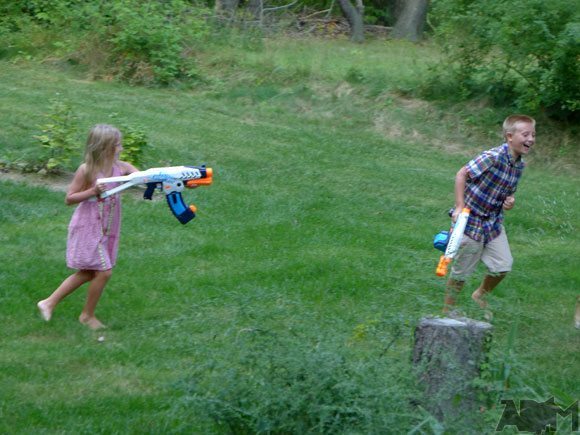 The NERF Super Soaker Switchshot Blaster has it all! The super cool, sleek design holds 20 ounces of water, shoots 25 feet away, and offers 4 different spray options. 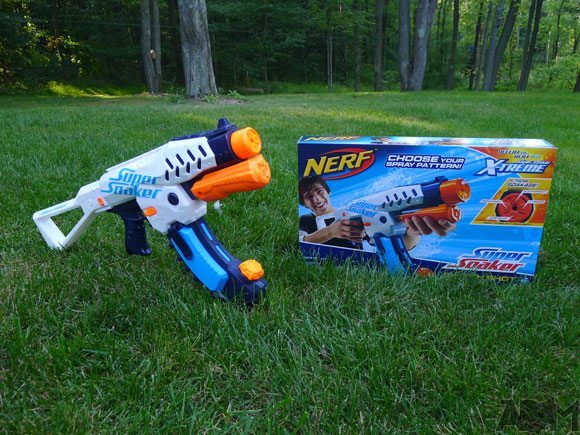 offers 4 different sprays to blast your opponent including soaker, jet stream, atomized mist, and triple stream!  It is easy to twist the knob to change the blast type. The Switchshot Super Soaker blast water up to 25 feet away! 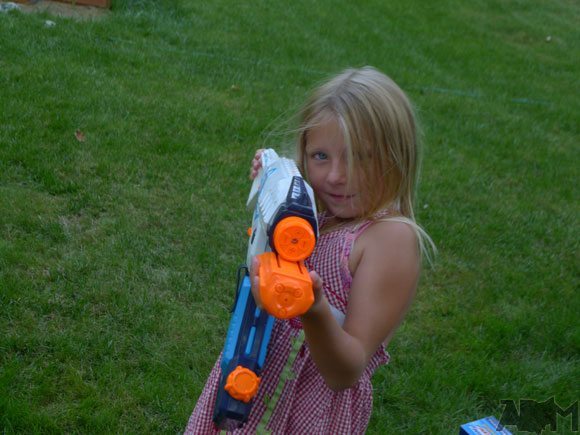 The banana clip holds 20 ounces of water, you can even purchase additional clips to attach to your pants so you never run out of water.  The  Switch Shot Super Soaker is for boys and girls ages 6 and up. My daughter is 6 and was able to hold the super soaker well in her arms. A smaller child wouldn’t be able to handle the size of the soaker.

NERF Super Soaker Arctic Shock Water Blaster offers amazing water capacity of 25 ounces and blasts up to 30 feet away. Plus, it has a very cool secret function. 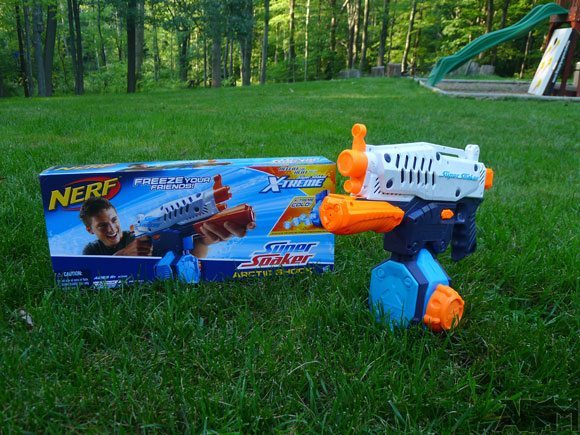 The Arctic Shock Super Soaker has a secret weapon. The drum has a large mouth opening that is perfect for adding ice cubes to your water. This gives your opponent a super icy cold arctic shock when they are blasted! 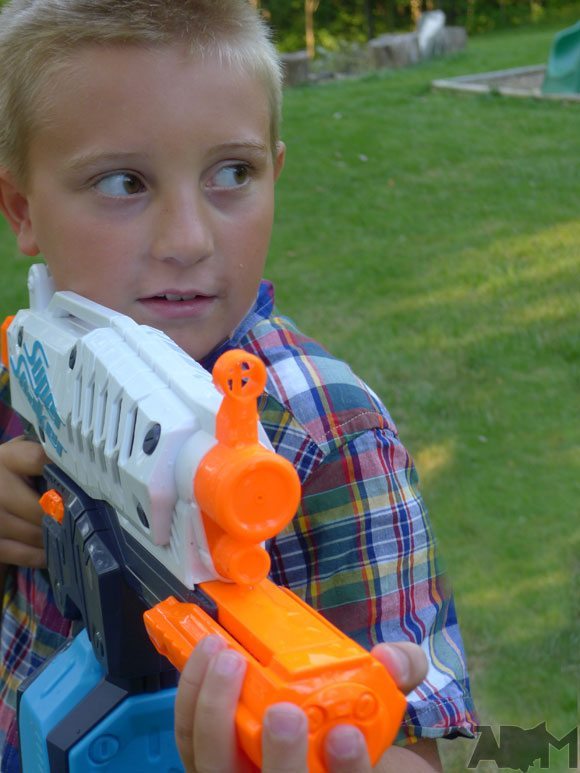 The Arctic Shock Super Soaker offers an impressive 25 ounce water capacity so you’ll never run out of water! Plus, It blast water up to 30 feet away which makes it easy to blast your opponent from far distances.  This super soaker is for ages 6 and up. It is easier to handle than the shot blaster. Both my 6 and 8 year old liked this one the most because it offered more water capacity.

This was not a paid post. My own opinions were used based on my perceptions and experience. Thank you to NERF who supplied the products for the review.