Skylanders Giants displays are everywhere this season!  Every toy aisle has an endcap with this mass of varied Skylander product- and my 7 year old son gets sucked into its fancy character glow at every store.  However, as bright a penny as I am, the whole picture has eluded me.  After trying out the starter kit this past weekend- I FINALLY have a grip on it., and now I share.

The Skylands Giant ‘system’ is the second in a new genre of toys.  It combines the collect-ability of figurines (and associated cards) with a video game.  Character figurines are electronically attached to your Wii or other game system via a ‘portal’.  This portal, a USB powered, multi-color li ghted device is simply a platform upon which figurines can be placed. 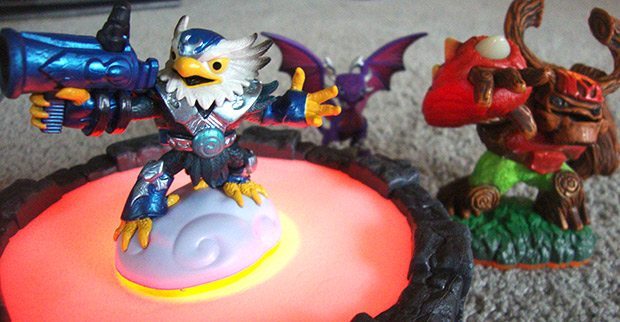 All of the Skylander Figurines!? Which do I buy?

Your interested son or daughter will be apt to say, ‘buy them all!’ which is a lovely idea from someone who does not use a wallet or a credit card.  Here are my suggestions:

‘Giant’ Skylanders are the larger figurines that you can purchase.  All of the giants have some basic shared ‘in-video-game’ capabilities.  Having one giant which comes with the starter set, might be enough- but, it wouldn’t look right, get another one!

As you can see in this ‘collect them all’ chart, the Skylanders (and the giants) are categorized by their element.  It is an earth, wind, fire, water, life kind of thing.  Each element category allows for different skills sets in the video game- so, as you make purchases, do not just purchase based on the look that the character has that entices your child, get ones that have varied element categories.

All OLDER Skylander, Spyro’s Adventure figurines are playable in the new game.  So, if you can pick up some at half price or have a previous collection, you’re good!

I tried out the video game on the Wii this past weekend.  I was well pleased that my almost 8 year old will have no problem using the game.  Why? 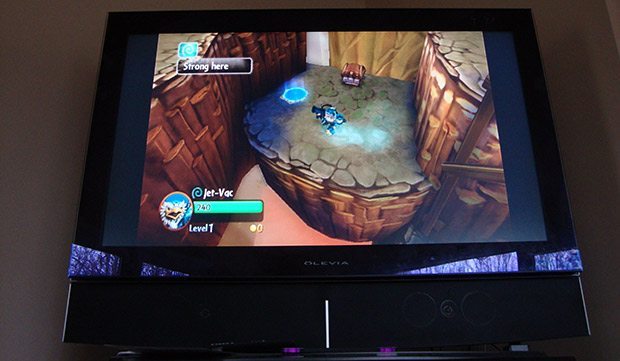 The tutorial level was very helpful, and completely described what to do.  I am 100% sure my guy will be glued to the game on Christmas morning!  I had a lot of fun changing out characters using the portal- I found that you can switch them out at any time during the game.

As mentioned, different characters (giants, elements) can do different things in the game.  Having characters out is a MUST for the game so… 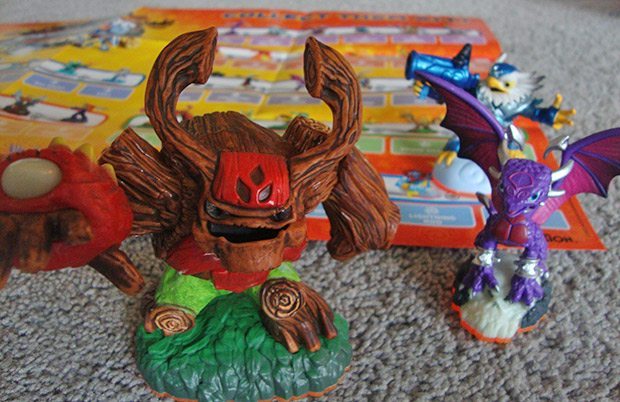 Let’s just say you will need a container to manage the Skylander figurines.  A display case or a shelf would be pretty, but, these will be used in mass- keep them all together in a box or a small toy tub.  And, during game play, characters will be lined up on the floor- possibly categorized by element (if your kid likes to organize HIS things) .

How does the game look?

Nothing is worse than getting a game to be turned off by its sparse simplicity, cliche use of graphics, and deafening repeated music.  Skylanders has NONE of that!  I was totally pleased, saw plenty of new ways to interact with objects in the world, and the collection of items. Pleasantly, I was surprised by how some things work.  NEW is always good!

I did particularly like playing the giant figure that came in the starter pack – his thick gruff voice and bigger movements were a great difference from playing the other characters.  Well done Activision!

Definitely put Skylanders on your Christmas list for kids ages  6 and up!

Skylanders Giants is an absolute winner!!!

This was not a paid post. My own opinions were used based on my perceptions and experience. Thank you to Activision who provided the products for review.