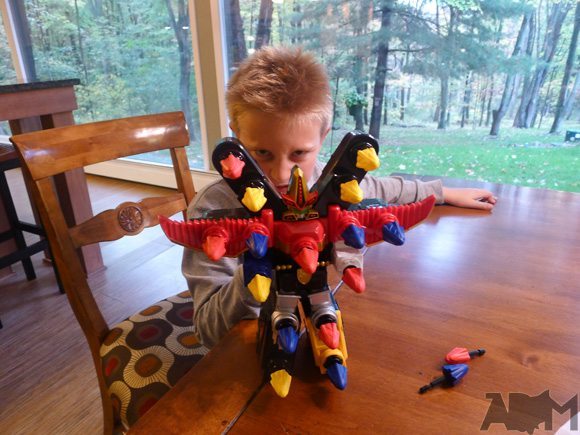 I received a Power Rangers Megaforce toy to facilitate this post.

The Power Rangers Megaforce Battlefire Megazord is tons of fun as your voice controls the action! There are two modes of play, but the voice controls makes it super cool. Speak 1 of 3 phrases to fire the missiles.

Reloading the missiles is fast and easy. Simply pop them back into place. 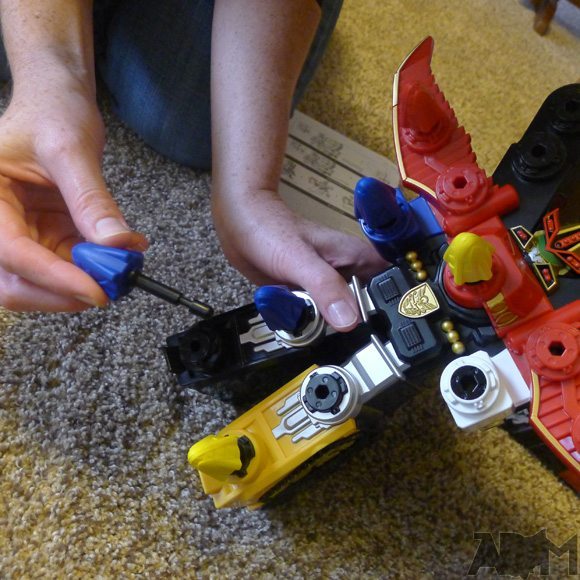 You can also use the trigger to operate it in manual mode. Just press and hold to fire as many missiles as you want – which is usually all of them until they are gone! They shoot pretty far as you can see in the above video. Just be sure your kids know the #1 rule of not shooting at another person or themselves. The box even has a few cut and fold evil aliens for target practice. 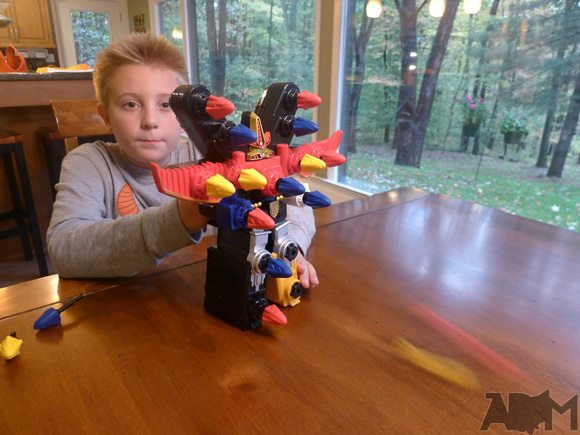 Not only does the Power Rangers Megaforce Battlefire Megazord fire missiles but it also lights up and has sounds to add to the excitement of all the action. This toy is a must-have for Power Ranger fans ages 4 and up. It makes a great Christmas gift too!

You can buy the Power Rangers Megaforce Battlefire Megazord at retailers nationwide for about $44.99.

You have the chance to win Power Rangers Trivial Pursuit ($39.99 value) 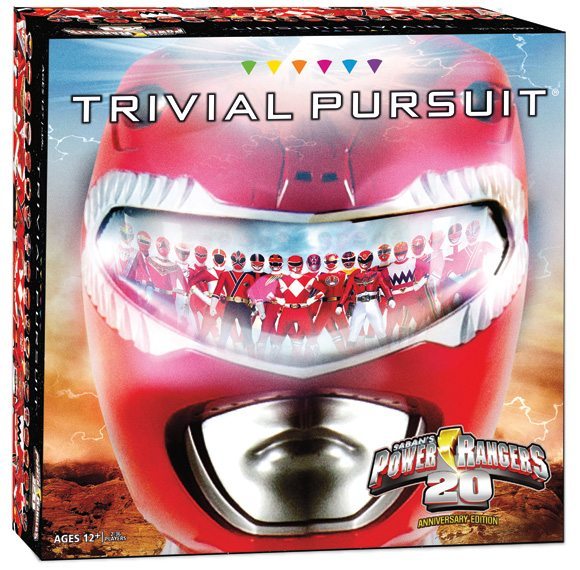 Power Rangers Trivial Pursuit for you giveaway. This retails for $39.99
a Rafflecopter giveaway

30 Day Winning Rule does apply – you can win this and additional prizes this month. For complete contest rules, please see our Contest Statement and Blog Disclosure.

Contest ends at 11:59pm EST on  November 7, 2013 when a winner will be drawn at random. I will notify the winners and they will have 36 hours to respond or another winner will be selected!

This was not a paid post. My own opinions were used based on my perceptions and experience. Thank you to Bandai who provided the products for review and giveaway.