We received a promotional copy of Transformers Prime, The Game last week to try out. I was pleasantly surprised that I was greeted by the long standing voice of ‘Optimus Prime’ – not a replacement.  The music score was also very dramatic and saga-like. My son is going to love this game. In Transformers Prime, your job is to help Optimus Prime, all of the Autobots, and their friends Jack, Miko, and Raf to save Earth.  The bad guys Megatron and Decepticons won’t make it easy! 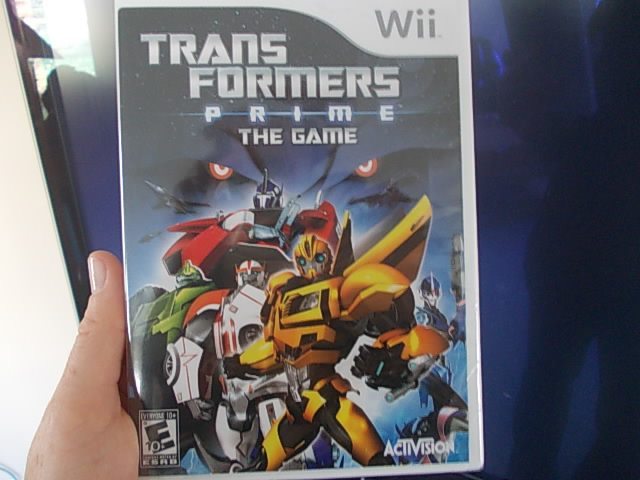 How it starts: In the first segment of the storyline, you’re thrown right into the action!  Just like any action movie worth its salt, you join your characters half way through battling Decepticons in a fight over a space ship and an asteroid.  What seems like an overly huge objective stands in your way, as well as a set of bad guys.  To be honest, it hit me in my trial as a pretty engrossing/difficult start.

Gameplay: This game is rated 10 and up- and requires some memorization of moves to learn and understand.  So, unless your child is glued to your game system and devours that type of thing, stick with the 10 and up guideline.  There is lots of hand to hand combat, and driving sequences to add some variety to the game. I liked that while playing the game, your character will transform from the vehicle to the robot.  This will be a hit for my son for sure too!

Characters and Action: The game is a tour of The Hub Network TV show- so you get to step into the robot suits of Bumblebee, Optimus Prime of course, Arcee, Ratchet and Bulkhead.  You will be jumping, transforming, shooting, and robot-to-robot combating the bad guy Decepticons.  Speaking of which, you do get a chance to play as the Decepticons in Battle mode, so, the character variety count jumps to 11.

Transformers Prime The Game is available for the Nintendo lines of the Wii, Wii U (don’t have one, want one) and the handheld 3DS.

This was not a paid post. My own opinions were used based on my perceptions and experience. Thank you to Activision who provided the products for review