There is nothing worse than a stinky house. With pets and kids, it is always a challenge to find out where the mystery odor is coming from and even harder to get rid of it!  I’ve found a fantastic product that gets rid of odors of all kinds on basically any surface by neutralizing and extracting those odors!

I like that OdorKlenz Source Odor Eliminator doesn’t cover up odors with masking agents or fragrance but actually gets to the source of the odor, getting rid of the odor at the chemical source. I’ve had a good time (I know, I’m weird) trying this product all over the house because it is good for any water-safe surface like rugs, carpet, furniture, mattresses, wood, tile, and other soft and hard surfaces.

First off, the subfloor! 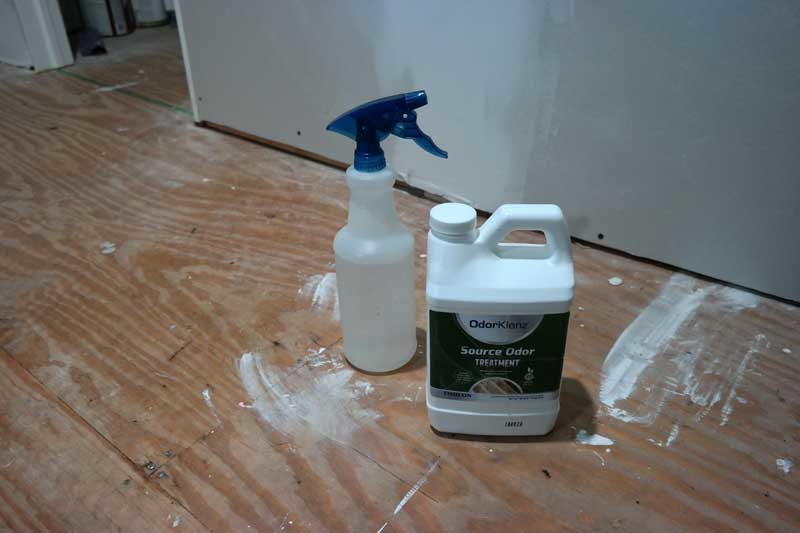 We are remodeling our master bedroom. After taking up the carpet, we discovered an unrecognizable odor. I sprayed OdorKlenz (1:4 ratio) on the spots on the subfloor and allowed to dry. There are no lingering odors!! I’m happy that we won’t be laying new flooring over the odors!

Next up were my garbage cans! I used 1:4 ratio diluted OdorKlenz in my kitchen garbage and recycling cans and our large garbage cans in the garage. 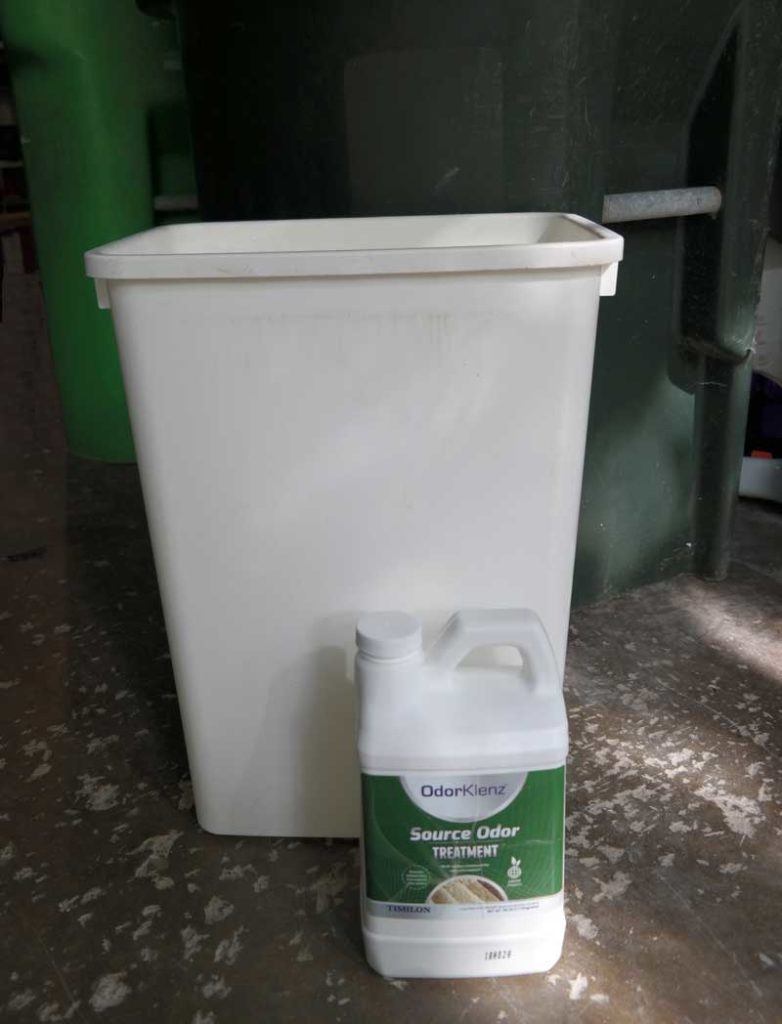 I washed everything out and couldn’t be happier! They really needed it because they smelled awful! Honestly, I expect the large garbage cans to smell but can’t understand why my kitchen cans smelled so bad since they had liners in them although the recycling can didn’t have a liner and really started smelling last week.  You can use OdorKlenz with a pressurized pump sprayer for really tough jobs. You can even leave the product in the cans if you want – I did this for the large garbage cans.

As luck would have it, I spilled a cup of coffee in my husband’s car last night. It really smelled – my daughter had to open the window because it smelled so strong. I tried to extract all the coffee with our carpet shampooer but the smell was still very much there. I decided to give OdorKlenz a try. 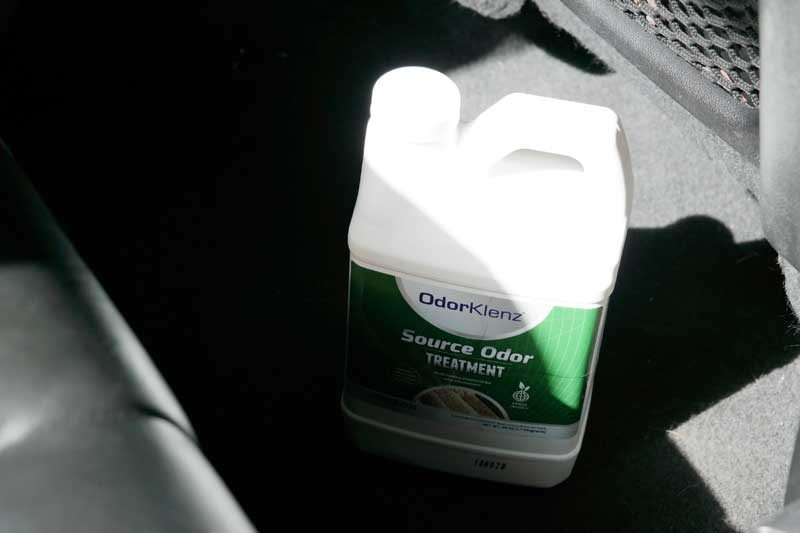 First, I wet the area with water, then I poured a little bit of OdorKlenz right on the stain/smell. I used a brush to work it into the carpet then poured more water on top and let it soak for 15 minutes. Next, I used my carpet extractor to suck up the water. The smell is gone! 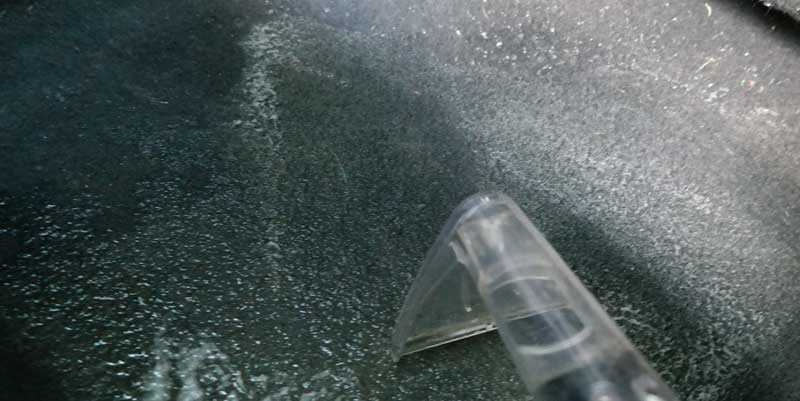 There is a spot in my living room with a mystery stain/smell. Nobody knows what it is or where it came from. Kids? Dog? I’ve tried cleaning it a couple times with my normal carpet shampoo but it is still there. I gave OdorKlenz a try. 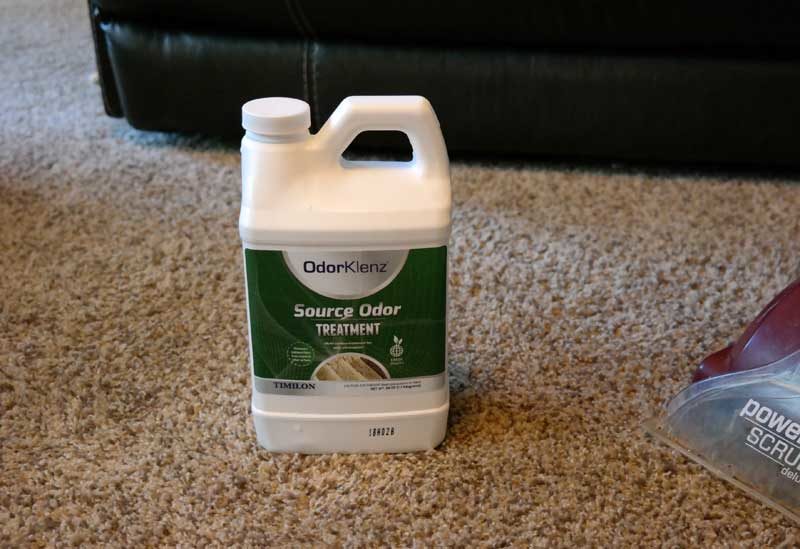 I did the same thing as in my car, wet the area and add OdorKlenz. 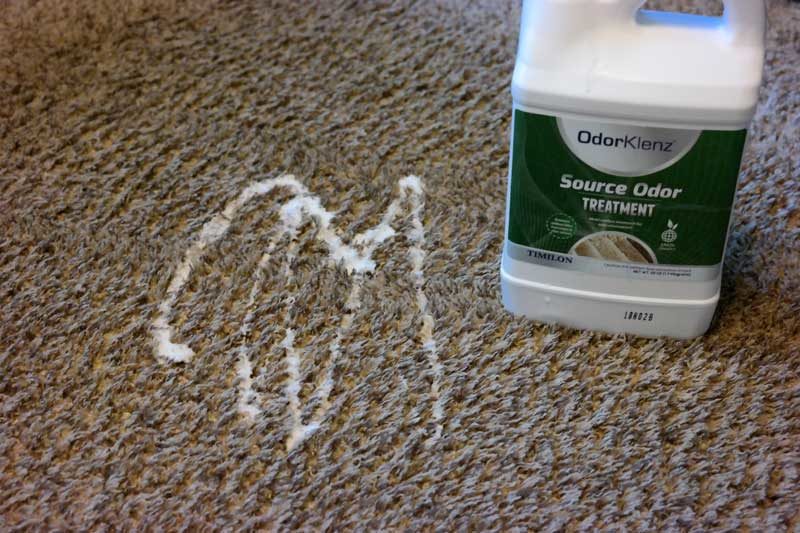 I then added more water to rinse, and then extract. The spot is gone, finally. Who knows what it was and I don’t care. It’s gone. 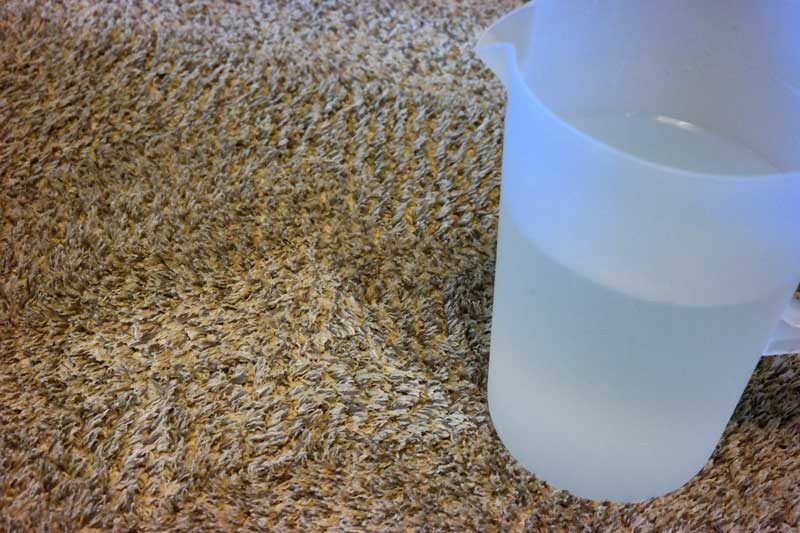 That’s the thing about stains and smells in your home. Who knows what they are or where they came from. It doesn’t matter though when you use OdorKlenz because it gets down to the chemical level of the odor and eliminates it whether it is pet stains like urine or vomit, children messes, smoke, food or drink spills, or whatever else.

I barely even touched what this product can do in my home but I’m thrilled already. The next stinky situation in my home is going to be eliminated – thank goodness because with a dog and two kids, there is always something getting spilled or dirty!  If you have mystery odors – or not-so-mysterious odors in your home or car, I recommend checking out OdorKlenz to get at the root of the problem instead of covering it up.

You can purchase OdorKlenz Source Odor Eliminator on the OdorKlenz website (free shipping on orders $75 or more). Use OdorKlenz coupon code Akron15 for additional 15% off discount!