Ohio has hundreds of caves across its 88 counties, the caves that made our list are ones that the public can get to without breaking the law, or endangering bats (white nose fungus issues..)

Caves in Ohio can range from large openings and overhangs with deep recesses, caves with stalactites and stalagmites, or, uniquely, the world’s largest geode on Put-In-Bay, under a Winery!

Ohio Caverns in West Liberty, Ohio boast a huge array of stalactite and stalagmite formations- varied in coloring and variety.  Extending down to 103 feet underground, this cave complex boats 2 miles of surveyed passageways.

Seneca Caverns in Flat Rock, Ohio is a subterranean gallery comprising of 7 explorable levels (more than that is hidden under the waterline and flooded).  This cave boasts a crystal clear underground river, a large room extending over 250 feet in length.  Seneca Caverns -one of Ohio’s largest underground caverns.

Old Man’s Cave is a long complex of cave, inset, grottoes, overlooks and gorges that is Ohio’s pride and joy in the Hocking Hills State Park.  I’ve explored this cave several times, and enjoy bringing new people to see it.  Stunning, you can take 3-8 hours exploring this complex.   So who was the old man?  A 19th century hermit who lived in the area after the War of 1812.  His accidental death left him buried in a unfound, unmarked grave somewhere along the trail.

The Olentangy Indian Caverns is an underground Limestone Cave that certainly stays cool all summer.  In Delaware, Ohio, expect to find a long echo chamber, the Crystal room, and Cathedral Hall.

I explored Ash Cave with my husband while spending a beautiful night at the Inn at Cedar Falls.  This gorgeous overhanging cave is larger than life, and not quite as busy as Old Man’s Cave.

To visit the Saltpetre Cave in Hocking County – you need a Preserve Access Permit.  Thankfully they are not hard to get, but do take about 2 weeks to turn around.   Some say this is like your own private Old Man’s Cave… Beauty!

Located near the Ohio Caverns and Bellefontaine, Ohio, the Zane Shawnee Caverns are owned by the United Remnant Band of the Shawnee Nation.  The park boasts an eclectic range of events, concerts, shows, camping, and historical traditions.

Technically this is a natural arch- but this wide open tunnel is nearly 200 feet long, and 40 feet wide.  It is located within the Hocking Hills State Park.  Watch for the Gothic windows through its side.. Beautiful structure!! 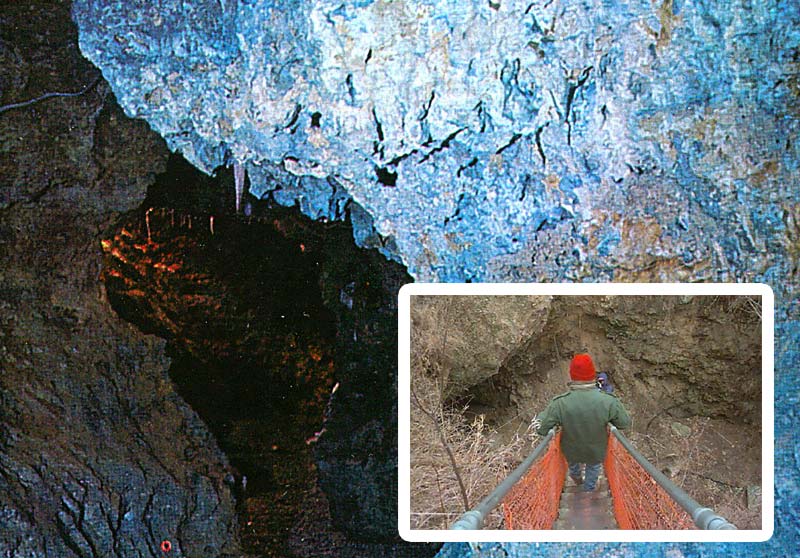 Located in Northwest Ohio, Indian Trail Caverns boasts Sheriden Cave.  This is an old cave that has been open to humans since the Clovis Age of Native American.  The site is a treasure trove for now extinct mega beasts like giant beavers, flat faced bear, and giant moose.  Very few photos are available.. If you take some better ones, send to me! 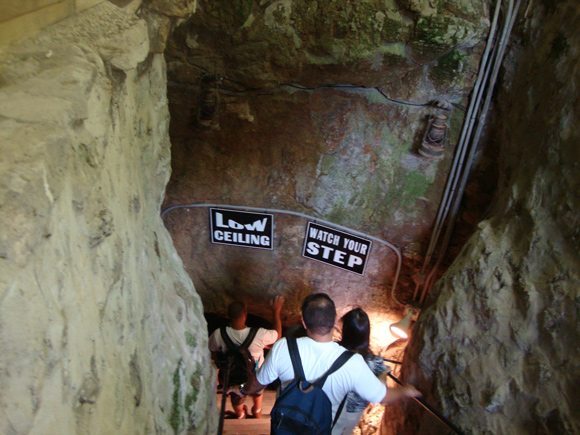 Perry’s Cave is on Put-in-Bay, and is a climb DOWN from the gift shop into a cave used, likely, by Admiral Perry during the War of 1812.  Short in height, it contains a quiet stream, and is a nice change of pace from the bars on Put-in-Bay.  Perry’s Cave is located with a number of family attractions including miniature golf, a rock climbing tower, maze, butterfly house and more! 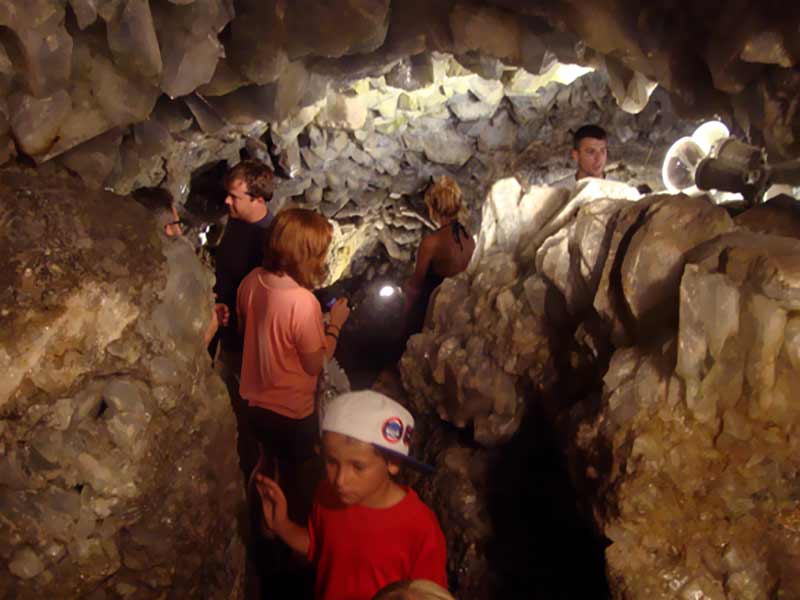 My family explored Crystal Cave in 2011 while on a family outing on Put-in-Bay.  Quite amazingly, this is the world’s largest geode (you know, the kind of crystal that looks like a rock on the outside, and you bust it open to see the crystal inside?  This one is 35 feet in diameter!