Step back into prehistoric time at Cedar Point Dinosaurs Alive!  You’ll experience dinosaurs like never before with 50 life-size interactive animatronic dinosaurs. I’ve seen dinosaur exhibits before but nothing comes close to how Cedar Point has captured the sights, sounds, and smells of dinosaurs. 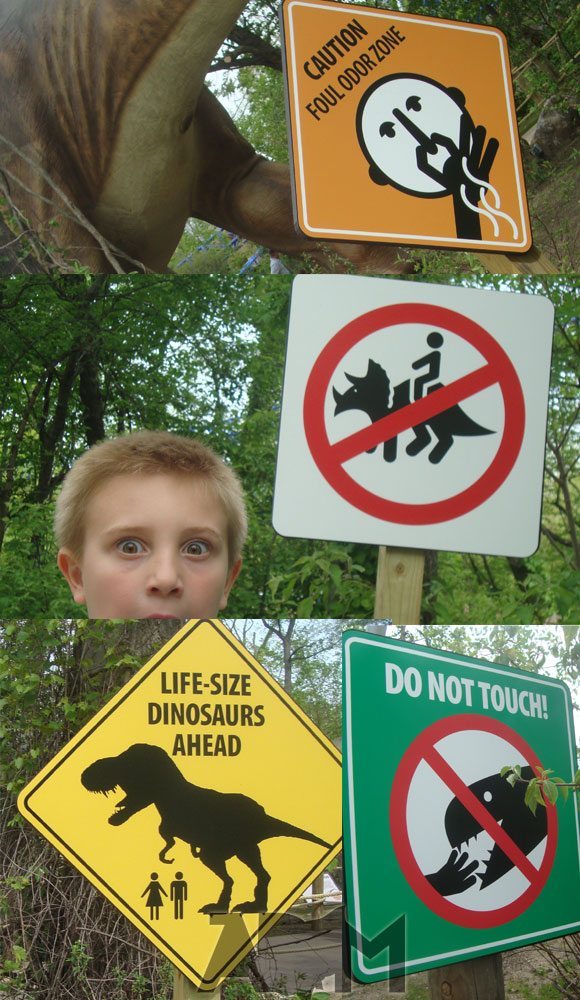 Don’t worry, this isn’t suppose to be a scary attraction and kids love it. My 5 & 7 year olds really enjoyed seeing, hearing, and learning more about their favorite and not-so known dinosaurs. Sure, you’ll see the popular T-Rex, Spinosaurus, Triceratops and Apatosaurus but there are many, many more that I had never heard of – which is surprising as my son has been interested in dinosaurs for years. 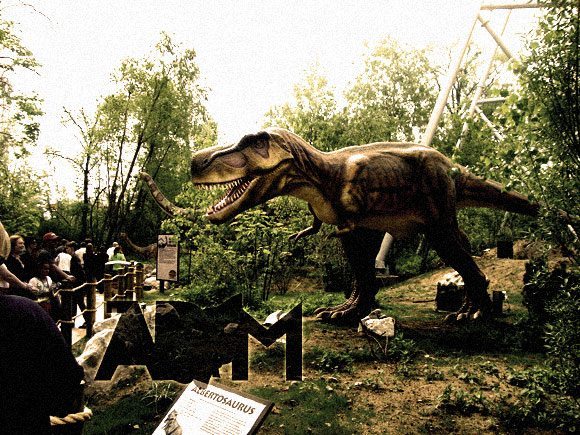 You’ll hear more than just a roar at Dinosaurs Alive! Each dinosaur has a unique sound, get them all together and it’s one loud place!


Each animatronic dinosaur is set on motion sensors, so don’t be caught by surprise when the dinosaur you are spying on comes to life in front of you. I heard many startled screams while walking through Dinosaurs Alive!, myself included! 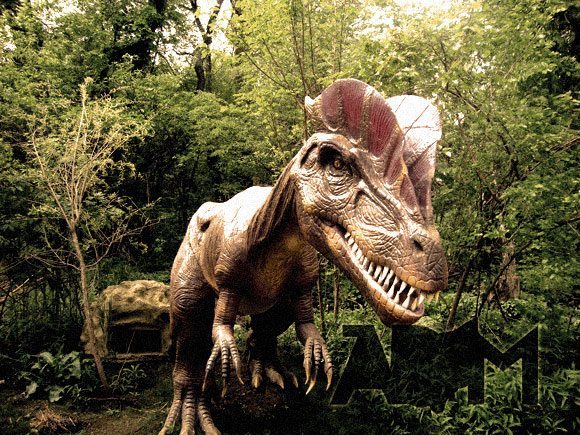 Besides the sounds, the sights of the dinosaurs are amazing. I’ve never seen real life size dinosaurs, I’ve seen large, but not gigantic. Cedar Point has succeeded in allowing guests to experience how massive dinosaurs were and how small humans are compared to them. Many dinosaurs were so large that I couldn’t even get a picture of video of them in one shot! I was amazed by the scale of these magnificent and intimidating creatures. 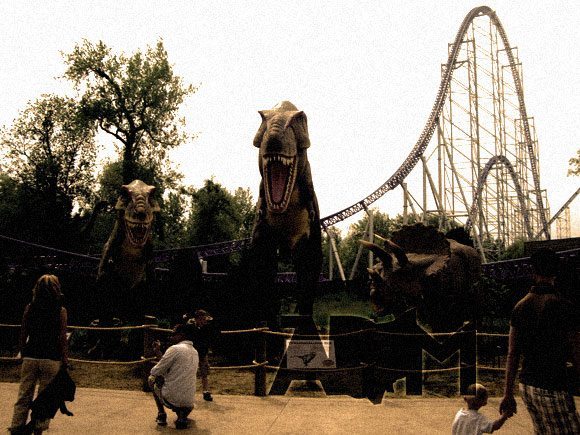 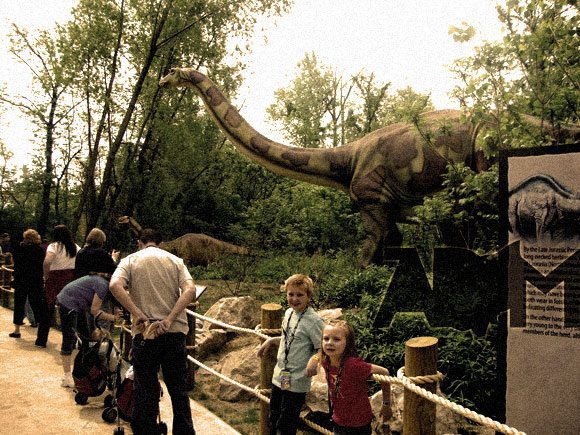 Cedar Point didn’t just place 50 dinosaurs around Adventure Island, they placed them in real-life situations and habitats. With each display is a placard with information on the dinosaur. There are many signs to tell the story of each dinosaur scene. For instance, there is a section where predator dinosaurs were stuck in the mud as they attempted to capture their prey. I heard many people say “Ha! Serves them right to get stuck in the mud!” 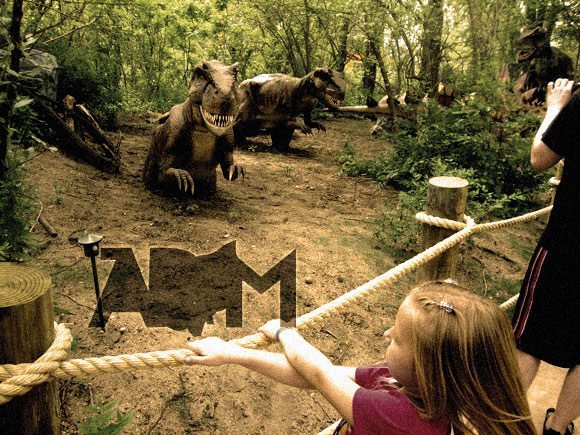 The very first display was called “Pack Attack” where several smaller dinosaurs would attack a larger dinosaur with the power of numbers. 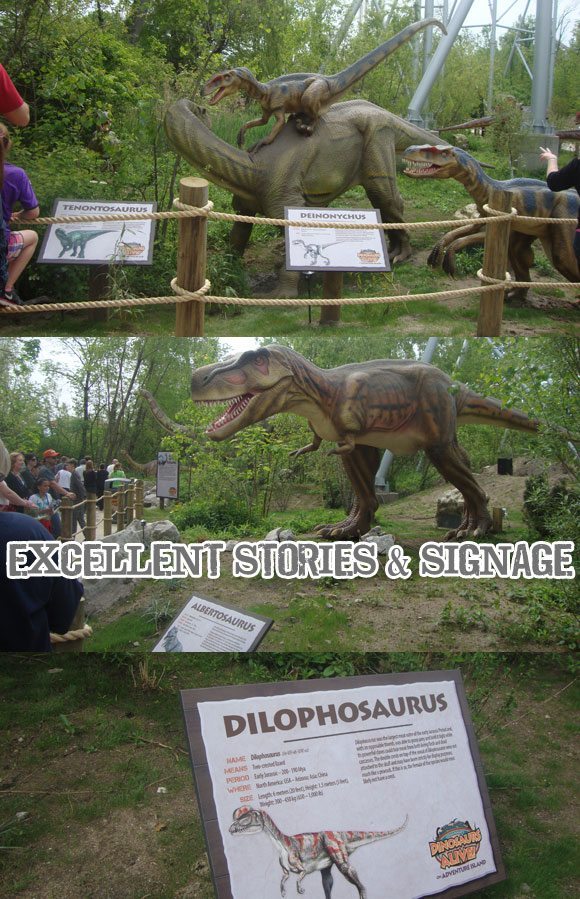 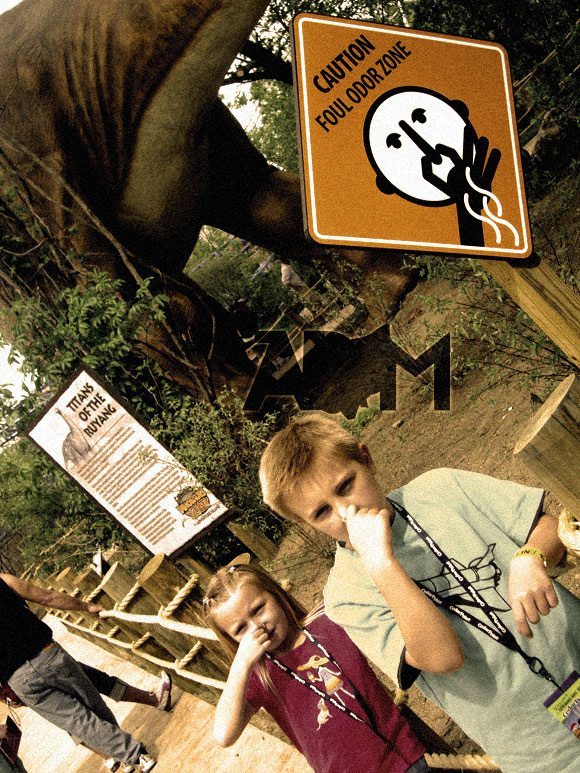 There are a couple mock Archaeological Dinosaur Dig sites to show how we’ve come to learn to much about dinosaurs from real life fossils. 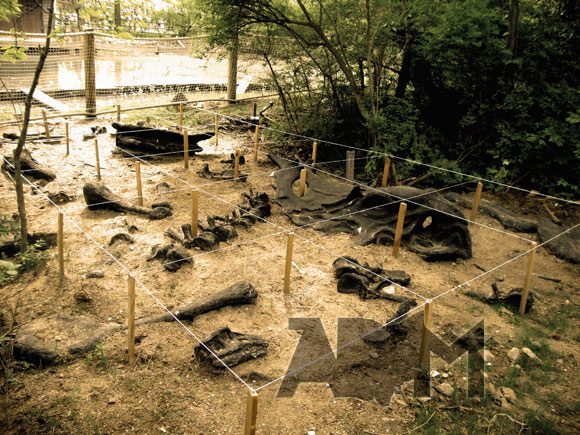 The Archaeological Dinosaur Dig is about 1/2 way through. It is a large sand play area for kids. There are plenty of sand toys for kids to uncover a T. Rex skeleton. Right now, there is a contest K’NEX Cedar Point Dinosaurs Alive! Contest they win a K’NEX Dinosaurs 20 Model Dinosaur Building Set ($24.99 value). If you or your kid find the K’NEX classic white connector at the Dinosaur Dig, you win the building set! One winner per day. 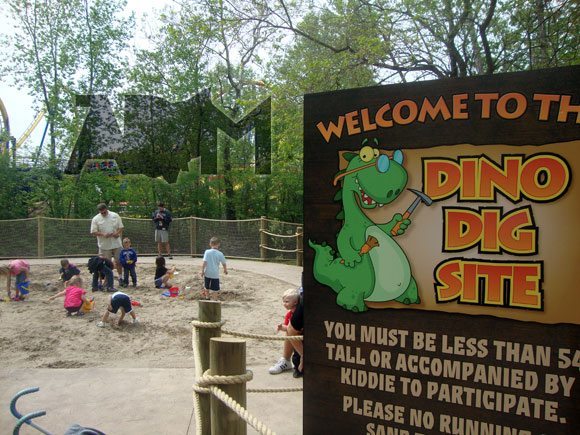 My family was very impressed by the sheer size of the 50 dinosaurs at Dinosaurs Alive! the most. Cedar Point did a fantastic job capturing and showcasing a fantastic variety of dinosaurs, their sizes, their behaviors, their smells, their sounds, and their habitats. 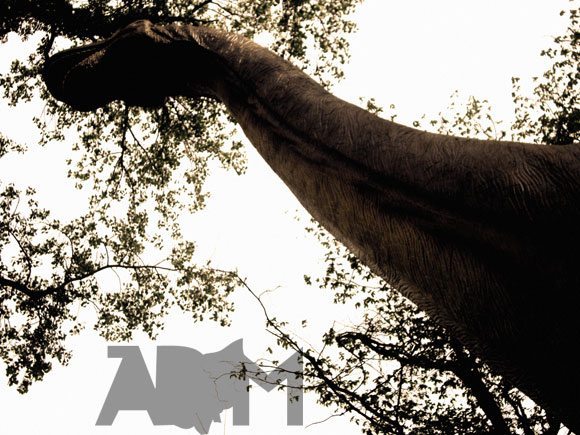 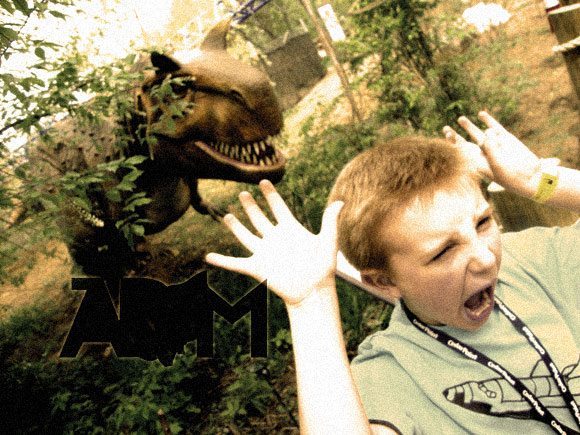 Put Cedar Point and Dinosaurs Alive! on your schedule this Summer!

Save $7 off adult tickets when you buy online!

This was not a paid post. My own opinions were used based on my perceptions and experience. Thank you to Cedar Point who supplied the tickets for the review.