Last night We attended our 1st ever hockey game. It was also my 1st trip to The Quicken Loans Arena. Talk about family fun! We had such a good time and it was exciting to try something new. 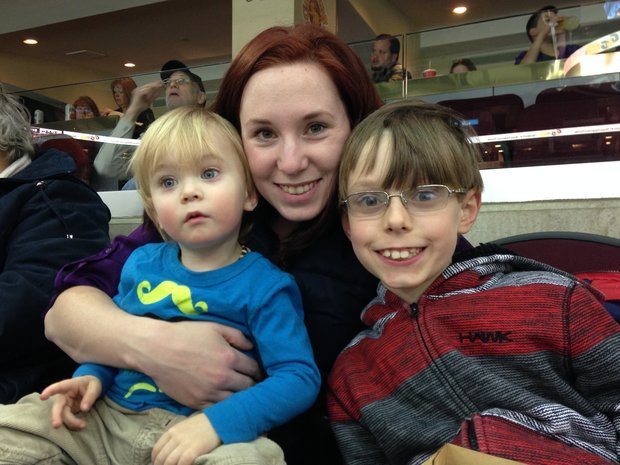 The arena can’t be missed even from the highway. The Lake Erie Monsters gave us a great game to watch and it was 90’s night themed game so they had really neat jerseys on. I greatly enjoyed the vibe of being in the hockey arena. The cheering, the energy, it was awesome. So many wonderful things happen besides the hockey game. They had the Mullet Brothers race around the rink. 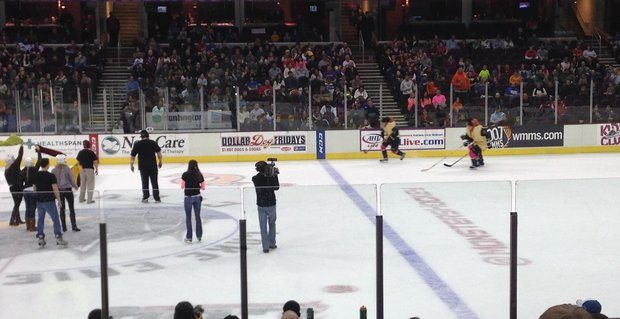 There was also trivia, of course the Kay Jewelers Kiss cam and my favorite the dance cam. ( My youngest and I actually made it on the dance cam.) They also had people riding on the Zamboni. I am sure I am forgetting some of the activities but they were all  very enjoyable. 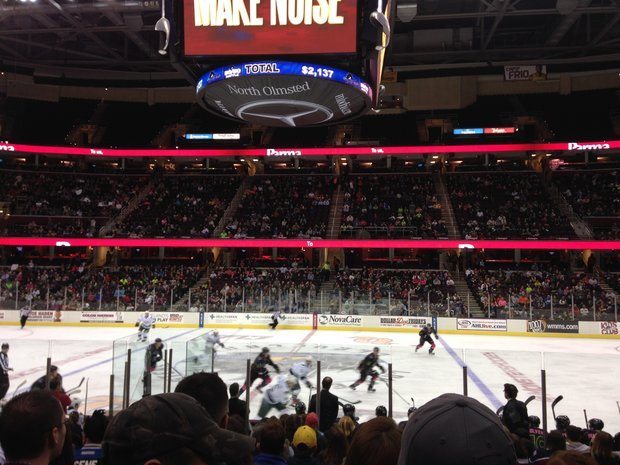 The Lake Erie Monsters put on one great game last night against Iowa Wilds. They took the lead and then went head to head in a tie. Finally they ended up in a shoot out and unfortunately didn’t take the win. It was tense in the arena every time one of our team went up to shoot. It was so intense. They broke two hockey sticks and several pucks flew off the rink. 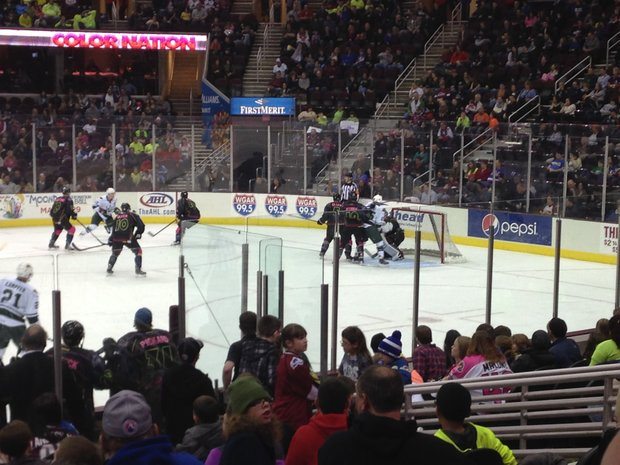 After the 2nd Sully C. Goal came over to say hi to us and he attempted to eat my son’s uncle’s head. Which we thought was funny, my son didn’t. 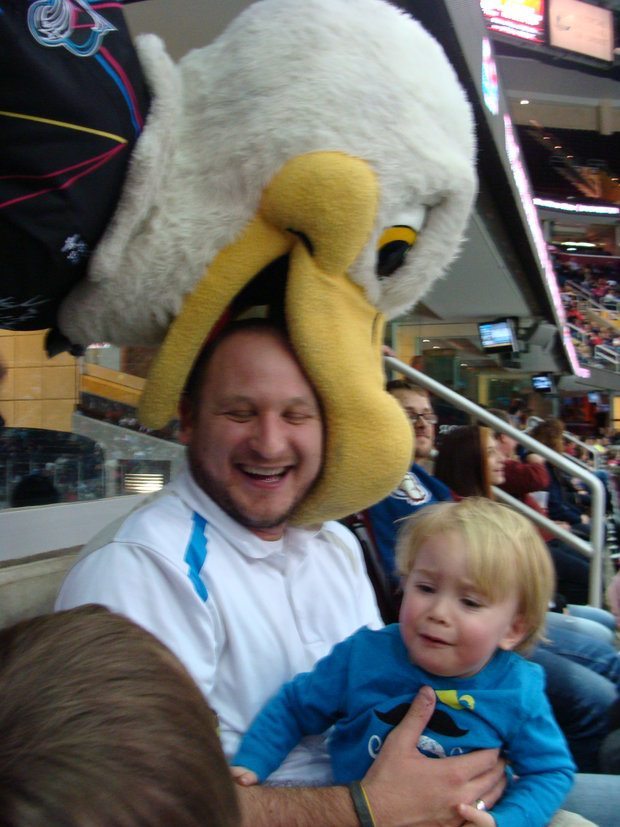 But a few minutes later he warmed up to Sully and gave him a wave. My 7 year old enjoyed meeting him too. 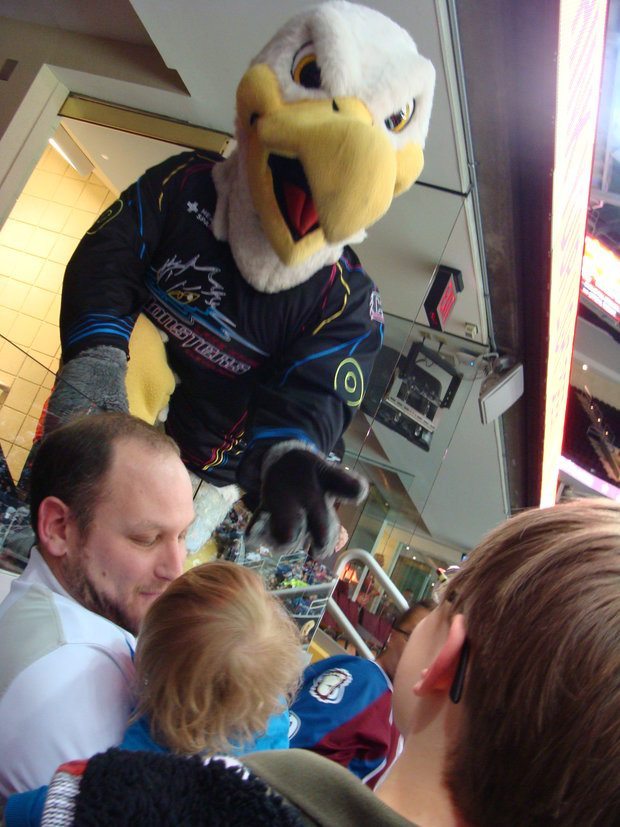 It was also dollar dogs and sodas night, so I got to save money and everyone happily loaded up on dogs. We were supposed to get neon sunglasses to go with the 90’s night theme, but they didn’t arrive on time, so they gave us a free ticket voucher with a voucher for sunglasses. Which I think was more then acceptable.

I would be lying if I said I wasn’t worried about possible fighting on the rink. Which this is hockey so it gets rough but the referees were really great about keeping things family appropriate. I left the arena bitten by the hockey bug. I almost signed up my boys for the kids club, When we go again I will sign them up! They ever offer birthday packages, which I may have to look at doing in the future. 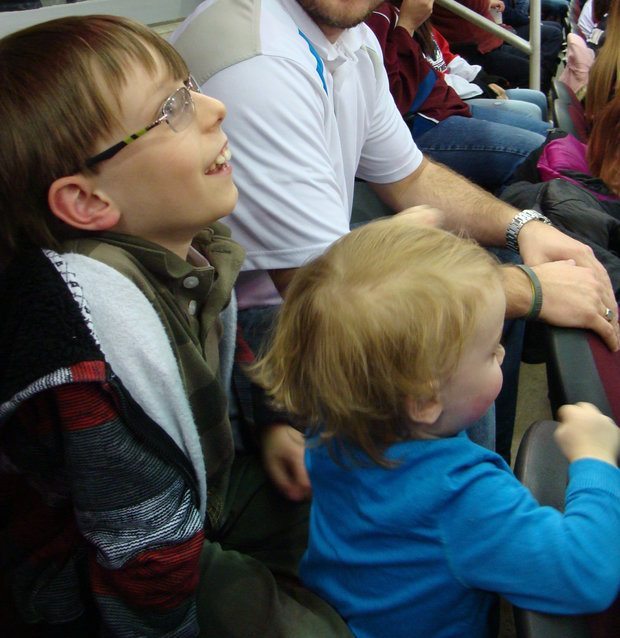 So if your looking for a fun family event, you should check out the Lake Erie Monsters! Buy your tickets here.

Enter to win 4 tickets to the Lake Erie Monsters on Wednesday March 19, 2014 at 7pm. The tickets will come via Flashseats and all you have to do is hand them your ID to get in.
a Rafflecopter giveaway

Contest ends at 9 pm EST on March 9, 2014 when a winner will be drawn at random. I will notify the winners and they will have 24 hours to respond or another winner will be selected!

This was not a paid post. My own opinions were used based on my perceptions and experience. Thank you to Lake Erie Monsters who provided the ticketss for review and giveaway.