It’s an Idea Emergency when the Imagination Movers hit the stage at the Akron Civic Theatre on March 25, 2011 at 4:00pm & 7:00pm! Your kids will love the live music and action from their favorite Playhouse Disney rockers including the opening act with Genevieve from the Choo Choo Soul! This will be an unforgettable evening of fun for the whole family.

Imagination Movers Live! show in Akron, Ohio will set place on a summer day in New Orleans, deep in the recesses of a cavernous building on the outskirts of town. Rooms are awash in bright blues, reds and yellows. Gears spin on the walls. A large, round, orange monster with bushy eyebrows hits his mark. Cameras roll. The cherry-top siren flashes: it’s an idea emergency!

Imagination Movers are on their 2nd hit season on the Playhouse Disney channel. The movers are fathers themselves that had a passion in 2003 for an alternative pop music for kids. They have played at the annual White House Easter Egg Roll, on stages at hte New Orleans Jazz & Heritage Festival, and likely on your TV set daily! The Big Warehouse Tour is sweeping the nation with a 40 city tour to celebrate the release of their 2nd  CD for Walt Disney Records, For Those About to Hop.

Just like on the Disney Channel, the Choo Choo Soul will start off the show. Genevieve and the kids sing and dance aboard the Choo-Choo Train! 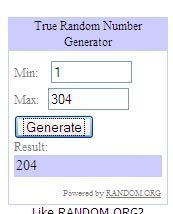 Contest ends at 11:59pm EST on February 11, 2011 when a winner will be drawn at random and announced the next day. When commenting, please include your email address (not visible to public). I will notify the winners and they will have 36 hours to respond!

This was not a paid post. My own opinions were used based on my perceptions and experience. Thank you to Akron Civic Theatre who provided the tickets for review & giveaway.

304 thoughts on “Imagination Movers Live! In a Big Warehouse Tour coming to Akron Civic Theatre plus Giveaway of 4 Tickets ($100+ value)”