Disney’s MOANA is a must-see family movie this holiday season. Disney’s newest princess wouldn’t call herself a “princess” although she is the daughter of a chief and will inherit her father’s position. This adventurous teenager has an undeniable attraction to the ocean’s waters while her father – the chief commands nobody is to go beyond the reef of their South Pacific island. 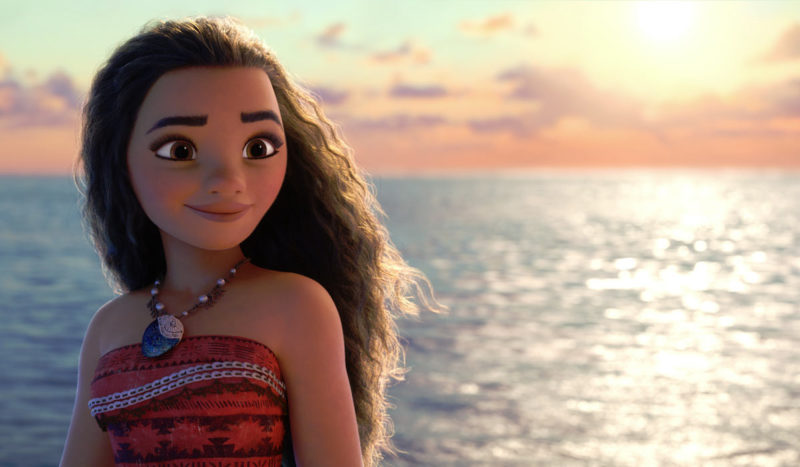 Moana is drawn to the ocean, even as a toddler. Her ancestor’s roots of being voyagers runs strong. Navigation—wayfinding—is such a big part of Pacific culture although she and the inhabitants of the island haven’t set sail for a millennium and nobody knows why…except maybe for Gramma Tala who dances to the beat of her own drum.

Gramma Tala encourages  Moana to be true to herself. This encouragement led Moana on an ocean adventure to save their lush agrarian paradise that was suddenly threatened. The scenes in this CG-animated feature film are amazing and life-like.

Two unexpected but beloved characters are Heihei, the dumb rooster and Pua, Moana’s pet pig. Both provide comic relief throughout the movie.

MOANA is a movie deep in ancient Polynesian folklore which introduces the audience to the lovable character, Maui. Maui was once a mighty demigod but now power-less without his hook. Moana seeks him out to find his hook and to put an end to the terrible darkness that threatens her people.

Although the relationship is a struggle at first, in the end Maui taught Moana the old form of wayfinding navigation that uses nature, the rising and setting sun, the moon, planet, and movement of ocean waves to navigate the ocean.

Behind the Scenes with MOANA

Hawaiian Airlines is bringing MOANA characters to life when traveling on routes like NYC, LA, Sydney and Beijing now through March 2017. 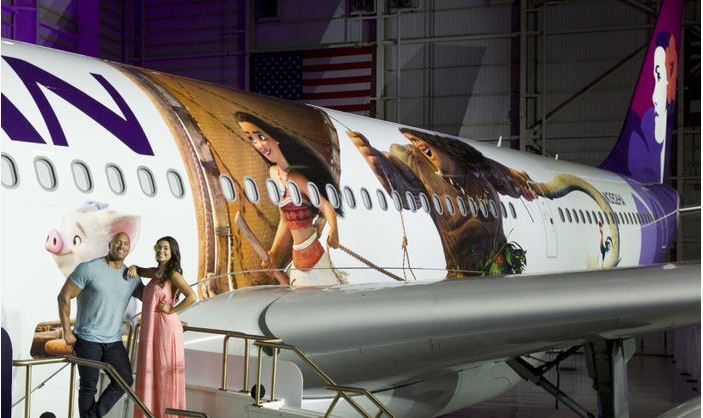