Make plans this Thanksgiving to take your family to see Disney Pixar’s COCO, a heartwarming story of family, culture, and folklore.

I love the message of the importance of tight family bonds in Disney Pixar’s COCO. They even have a great respect for their ancestors and celebrate them with a huge memorial and celebration at the commentaries on the day of the dead. The story follows Miguel, a 12 year old boy on his desire to please his family while following his undeniable talent for music.

Due to his great-great grandmother’s husband leaving her because of people, there is an unbelievable hate toward music of any kind. Miguel is desperate to become an accomplished musician like his idol, Ernesto de la Cruz but hides his talent in secret from his family until a coming-of-age-moment when he decides to go for it all to prove his talent at a talent show – maybe then his family would approve. 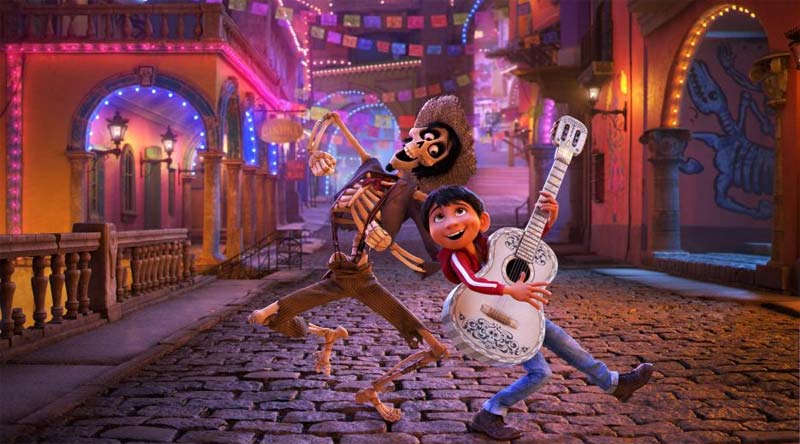 The land of the dead is full of exaggerated skeletal forms with faces that have been decorated with art and fully clothed. Miguel finds himself in an afterlife megalopolis. Although the majority of the movie is with skeletons in the ‘afterlife’ they are comical and shouldn’t scare most children.

Miguel finds his music idol, his great-great grandfather and family that has passed on before him although they weren’t exactly what he expected and it didn’t look like he would find what he was looking for in the beginning of the movie when all of the afterlife was trying to find him to send him back to the living side!

What I love about this movie is the great-grandma who seemed to be suffering from Alzheimer disease as she was starting to forget those around her, including her father (Miguel’s great-great grandpa).  It was actually quite sad and had a direct correlation to the ‘life’ of her father in the afterlife. (When people are forgotten they disappear from the afterlife, not sure where they go?!) This engaged the audience to really root for the family bonds to be strong enough to reach across death. You’ll see what I mean.

Rich in Mexican culture and folklore, this movie is full of the importance of family. Even though most of us don’t celebrate the Day of the Dead and I don’t believe that life after death is an afterlife megalopolis like in the movie, it is still a sweet movie to enjoy with the family.

For more COCO fun, why not have fun baking in the kitchen with your kids preparing this Pan de Muerto & Hot Chocolate Recipe. 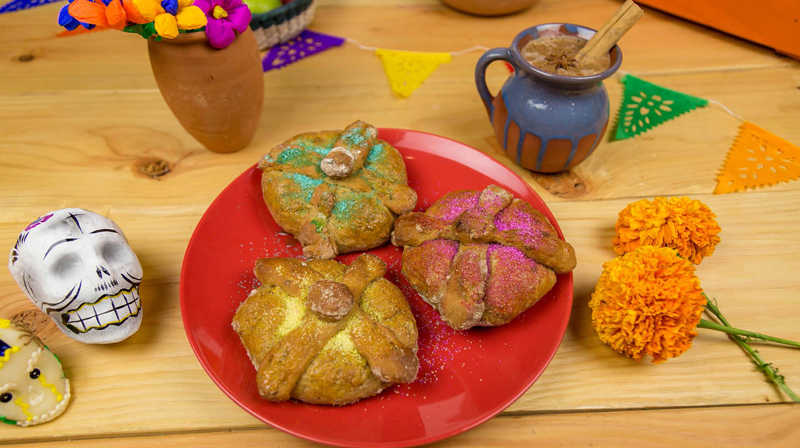 Pan de Muerto is the traditional bread of the dead that is traditionally baked in Mexico during Dia de Muertos. It’s a sweet roll that would make a great dessert this season.