If you want to introduce your kids to a “kid-friendly” scary movie this Halloween, The House with a Clock in Its Walls is it!

Creepy Movie for Halloween: The House with a Clock in Its Walls

In one word, I’d use to describe The House with a Clock in Its Walls is CREEPY. If I had a second word, it’d be WEIRD.  These are very fine words to describe this magic of warlocks and witches movie coming out just in time for Halloween frights.  The movie is based on the children’s classic book written by John Bellairs and illustrated by Edward Gorey. Universal Pictures casted the prefect actors for this movie with Jack Black, Cate Blanchett as the stars!

The movie follows 10 year old Lewis (Owen Vaccaro) to his uncle’s house, where he is to live after his parents were killed in an car crash. He’s never met his uncle and is surprised to learn that he lives in an old, spooky looking, creaky house filled with tick-tocking clocks. Even more surprising is that his house is ‘magical’ with magical elements like windows that have movie pictures, a chair that acts like a dog, and other fantasy and creepy elements to scare any 10 year old boy. 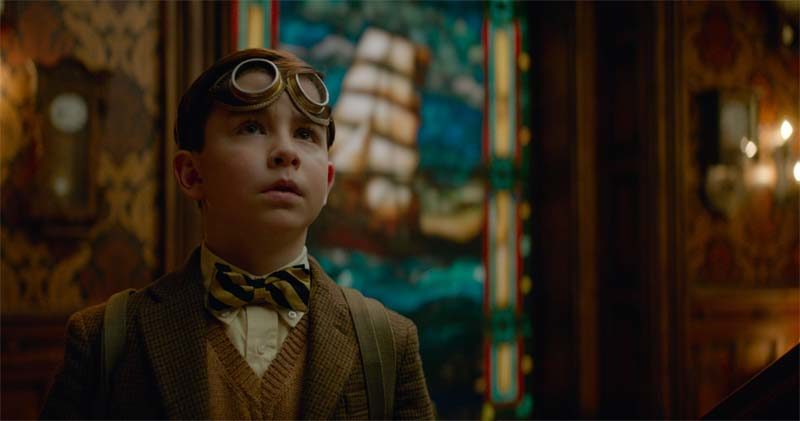 On top of that, he finds out that his uncle is a warlock and his next-door neighbor and friend is a witch…  When Lewis accidentally awakens the dead, he must learn his ‘own kind of magic’ to help save the world! 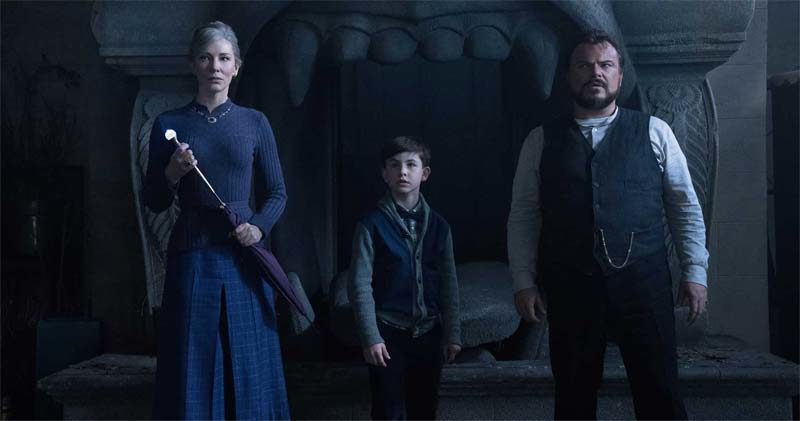 My kids are ages 11 and 13 and thought the movie was…creepy…but they liked it! One scene did disturb them quite a lot, it was a scene in which the bad guy of the movie meets and joins forces with a demon – a really scary scene that disturbed my kids. There are jump-out and scare you scenes throughout the movie  that is enough to jolt you a bit but the movie doesn’t take it to the point of being an actual horror film…it is a good starting point for kids that want to see a scary movie but without the blood and gore!

Knowing my kids, I wouldn’t suggest this movie to families with kids under the age of 10. It is a dark movie with dark magic. It isn’t the fun and fantasy magic that you see often in current movies and kids tv programs. Lewis brings a corpse back to life with a spell in a cemetery – so yea, it is dark. 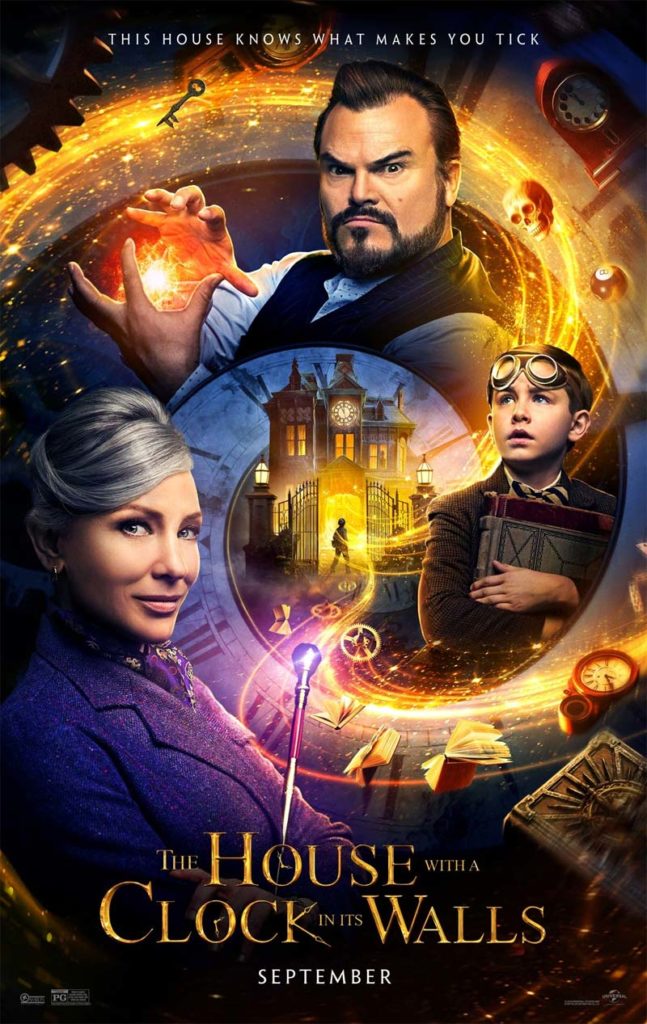 If you are looking for a good ‘first scary movie’ for your tween or teen this Halloween, you will be pleased with this movie. We took great-grandma with us to see the movie as she is a movie buff and enjoys scary movies. She agrees that it is a creepy movie full of suspense!

The House with a Clock in Its Walls will be released by Universal Pictures on September 21, 2018.