THE MAN WHO INVENTED CHRISTMAS is an instant holiday classic. Coming to theaters on Wednesday, November 22, 2017, make plans now to see it with family and friends.

THE MAN WHO INVENTED CHRISTMAS will take on a magical journey as you watch the imagination and creativity of Charles Dickens come to life.  Charles Dickens was a writer who often said he felt the characters in his books were more real than people around him. This is shown throughout the movie as he talks with, listens to, and even comments on how the characters don’t do what he wants them to. 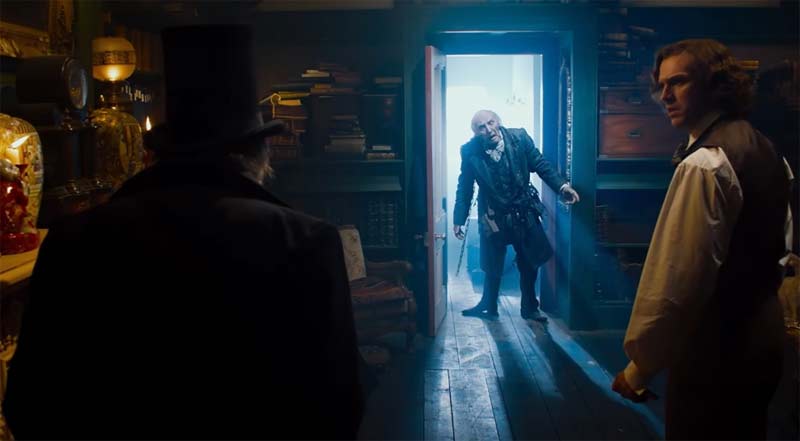 The idea of Scrooge was our favorite character to spring to life. My kids especially like this part! He seemed to write the book with Dickens commenting at one point “Am I not the author?” to him and Scrooge replying to the affect of I don’t know, you are supposed to be! 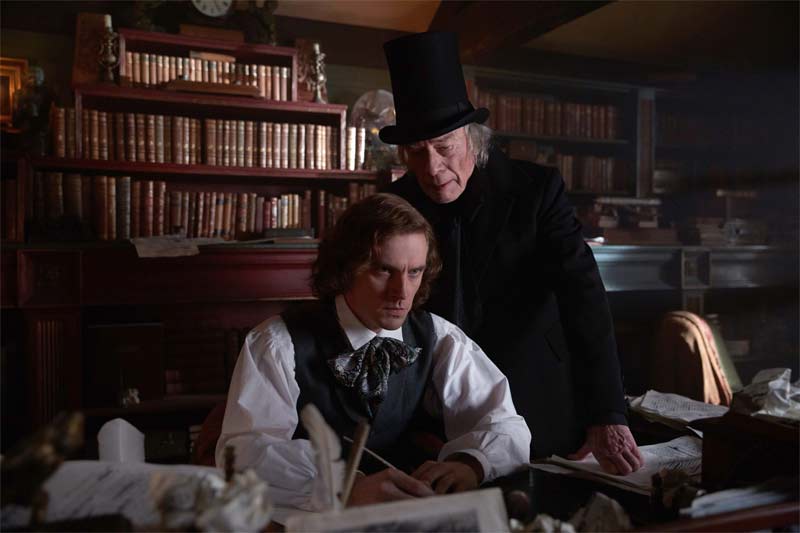 Watch as these characters come to life in this trailer.

In a desperate attempt to fix his financial decline after a couple books flopped, Dickens decides to write his book with a Christmas theme. This was an unpopular choice with Christmas being considered a “minor holiday” at the time. See why in this clip:

I thought the name of the movie, THE MAN WHO INVENTED CHRISTMAS seemed odd as we all know that people celebrated Christmas long before he was ever born! However, Charles Dickens’ “A Christmas Carol” helped revive traditions and enthusiasm for Christmas which was in decline. A Christmas Carol helped make “Merry Christmas” more popular and helped define Christmas as a time of joy and charity.

The poor and destitute were not considered important at that time and especially nothing to write about. Charles Dickens’ irresponsible father gave Charles and his family more than a taste of what it was like to be poor.

I found it eye-opening the trauma that Charles Dickens went through as a child, working in a blacking factory under harsh conditions with bullies as his father went to debtors prison.  It was this deep pain that helped Dickens finish the ending of the story. It was also the inspiration that helped A Christmas Carol champion goodwill and charity around the holiday.

There are a couple scenes here that are rough and a scene at the end surrounding the blackening factory that may be stressful for young or sensitive children – but nothing more dramatic than the ghosts in A Christmas Story.

After 6 weeks of non-stop writing with times of desperation, A Christmas Carol was released just in time for Christmas. People lined the streets to pick up their copy of A Christmas Carol, charitable giving increased, and it has been a treasured classic since.

My family loved the movie so much that we plan to watch it again and again, year after year. My parents also agree that they will add the movie to their Christmas movie collection too. I was surprised at how it tugged at my heart’s strings, made me laugh out loud, and gave me hope at the same time.

THE MAN WHO INVENTED CHRISTMAS is in theaters starting on the day before Thanksgiving, November 22, 2017.