Since a kid, I’ve been fascinated by figure skating. It is my favorite part to watch during the Olympics. Now, we have a chance to experience an awe inspiring performances by Olympic, World & National Champions right here in Cleveland, Ohio. Smuckers Stars on Ice is celebrating their 25th Anniversary and offering you an unforgettable opportunity to witness the world’s most creative and talented champions in individual and ensemble performances.

One extremely lucky fan (and a guest) has a chance to be be Evan Lysacek’s VIP guest at the Smucker’s Stars on Ice performance at the IZOD Center in East Rutherford, N.J. on April 2, 2011.  The winner will receive travel, accommodations, VIP tickets to the performance, have dinner with the Olympic gold medalist, and receive a backstage tour. What an amazing opportunity! Now through March 13, 2011, you enter to win to become Evean Lysacek’s VIP Guest at www.smuckers.com. Good Luck!

The Smucker’s Stars on Ice 25th Anniversary Tour has already received rave reviews from media and fans alike. The April 3rd Cleveland, OH performance will be held at Quicken Loans Arena. Fans of all ages will enjoy an exciting performance of sophisticated skating, cutting-edge costumes and challenging choreography.

Get a sneak peek at what to expect at the Smucker’s Stars on Ice Show in Cleveland, Ohio.

Tickets are on sale now for the Sunday, April 3rd at Quicken Loans Arena in Cleveland, OH at 5:00 PM show.

Purchase any two Smucker’s (R) Jams, Jellies or Preserves and Save $40 on a Family 4-pack of tickets to Smucker’s Stars on Ice!

CHILDREN (12 and under):  Receive up to 2 kids tickets 50% off all tickets priced $55 and under with each adult ticket.  Available at the box office, online, phone charge and ticket outlets. 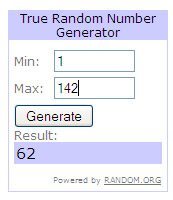 30 Day winning rule does not apply to this contest. For complete contest rules, please see our Contest Statement and Blog Disclosure.

Contest ends at 11:59pm EST on March 25, 2011 when a winner will be drawn at random and announced the next day. When commenting, please include your email address (not visible to public). I will notify the winners and they will have 24 hours to respond!

This was not a paid post. My own opinions were used based on my perceptions and experience. Thank you to Smucker’s Stars on Ice who provided the tickets for review & giveaway.