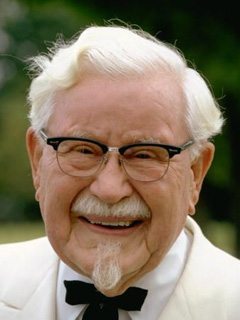 Being a 6th grade dropout, the Colonel had a heart for kids and education. The KFC Scholars program is for high school seniors that have a financial need and want to pursue a college education.

While at the KFC blogger event, we were told the story about how the Colonel never passed up a hitch hiker, because of his earlier years of hardship. One particular day, he asked his driver to pull over to pick up a college student who was hitchhiking on his way back from work. After talking to the young man who attended the local college, the Colonel instructed his driver to not take the boy back to his dorm, but to admissions. The Colonel ended up donating funds to cover this young man’s entire college education, room, and board. The Colonel’s generosity continues today with the Colonel’s Scholars program.

KFC gives back, by supporting education, diversity and animal welfare programs. Each store even gives their leftover chicken to local soup kitchens each day. If you have a story about Colonel Sanders, share it on his tribute page at www.ColonelSanders.com.

Read more about the KFCFresh blogger event in my earlier post. You can also learn more about the experience by checking out some of the other bloggers that attended the event. Since I had to depart early due to my dad having a heart attack, I’m not pictured below. My dad is doing A-OK. 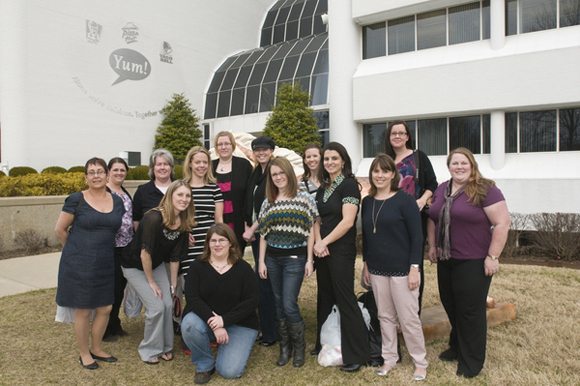 Alicia from The Mommy Insider

Jill from Musings from Me on Kids, Preteens and Teens

Rebecca from Mama B

Toni Patton from A Daily Dose of Toni

You have the chance to win $50 in KFC Gift Certificates.

a Rafflecopter giveawayThis promotion is in no way sponsored, endorsed or administered by, or associated with, Facebook. In order to comply with the latest Facebook Promotion Guidelines (revised 5/11/11), the following statements are true:

I attended the KFC Blogger Experience at their corporate headquarters in Louisville, KY where all of my expenses were paid. I was not encouraged to write a positive review now was I compensated for this post.

Thank you to KFC who provided the gift certificates for the giveaway.