I heard local radio make mention of this News 5 Cleveland Report that was published this morning regarding home damage due to a coal mine shaft collapse!

Apparently condos and homes in this area are forming large cracks in ceilings, basement floors, and walls, and doors are no longer closing.  They also show photos of a collapsed basement wall.  Pretty Scary.  The problems are occurring in the area marked in the below google map. 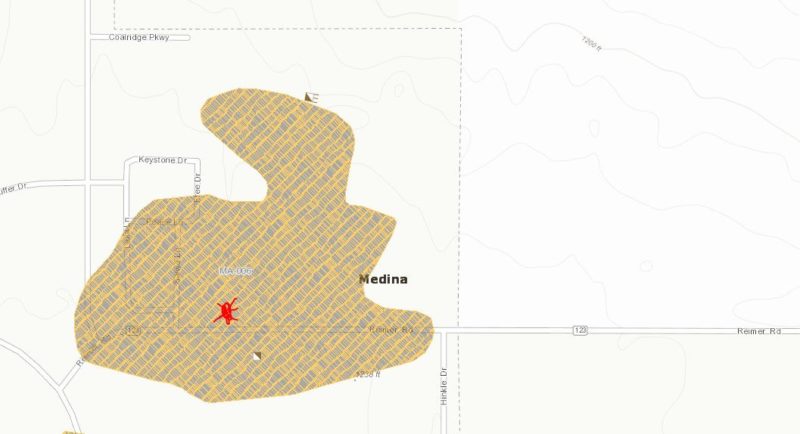 I thought wow, this is crazy.  I had no idea there were coal mines in Wadsworth.  I grew up in Perry County in Southern Ohio, and that county is covered in mines.. But Wadsworth?

Coal mining became an industry synonymous with the Wadsworth name in the mid-1880’s. The fact that the railroad came through Wadsworth nurtured the growth of mining to the extent that, at one time, almost all of Wadsworth was resting above coal mines. The coal was soft but good and industries throughout the state used Wadsworth coal because it was of quality and was relatively inexpensive. On one day in the latter part of the 1880’s, the Silvercreek Mine shipped over 1100 tons of coal in one day, a record which was never known to have been broken. This was particularly significant since all the coal was dug by hand and transported by a mule pulling a small cart through the four-foot-high mine shafts. Mining stopped almost completely by the 1930’s but the mine shafts are still networked beneath Wadsworth.

Developers are allowed to build over coal mines in Ohio.  The concern facing these Wadsworth residents is an unfortunate surprise that the Ohio Department of Natural Resources is working hard to figure out.

Coal Mine Maps for Areas around Summit County

Making a quick visit to the Ohio Department of Resources website, Finding a Map of existing mines is an easy experience.  If you would like to know if your home sits over an abandoned coal mine.. Check it out directly.  But as a service to my readers, here are a few highlight maps of our local area that specifically have plenty of coal mines. 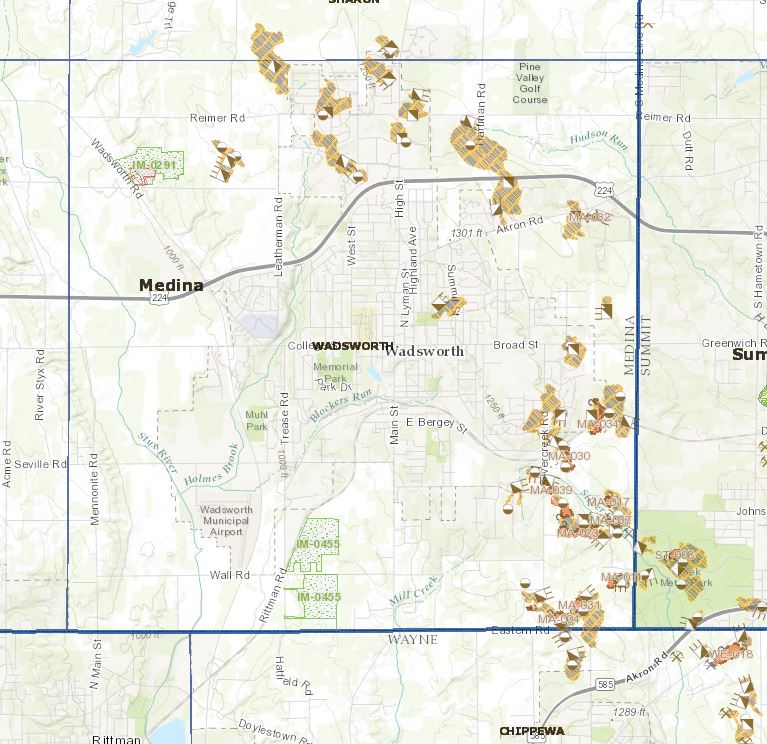 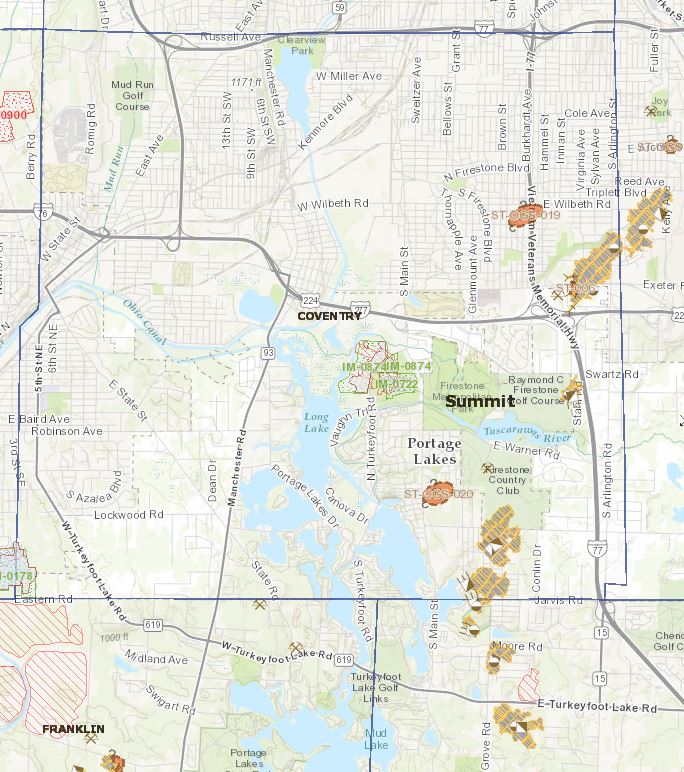 What’s interesting about this map, is that the extent of the coal mines are not known- hence the ambiguous coloring. 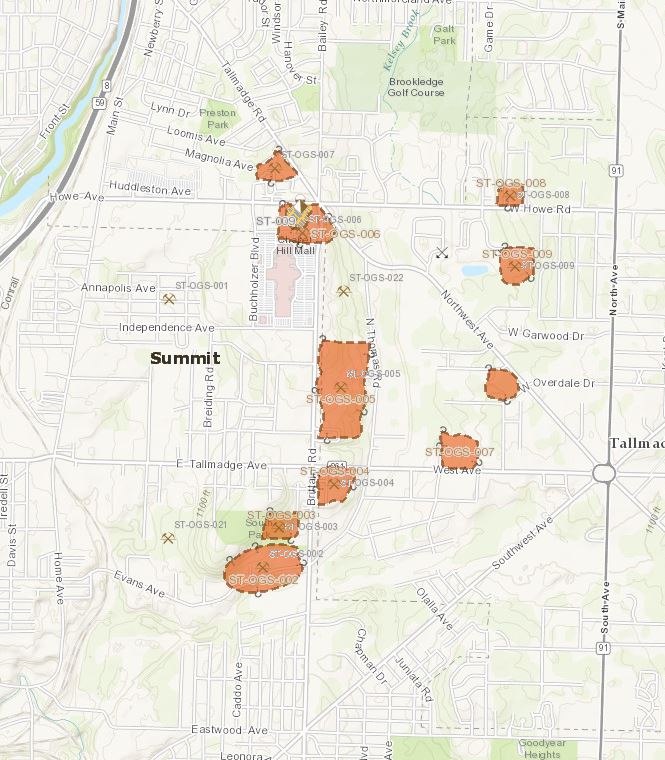 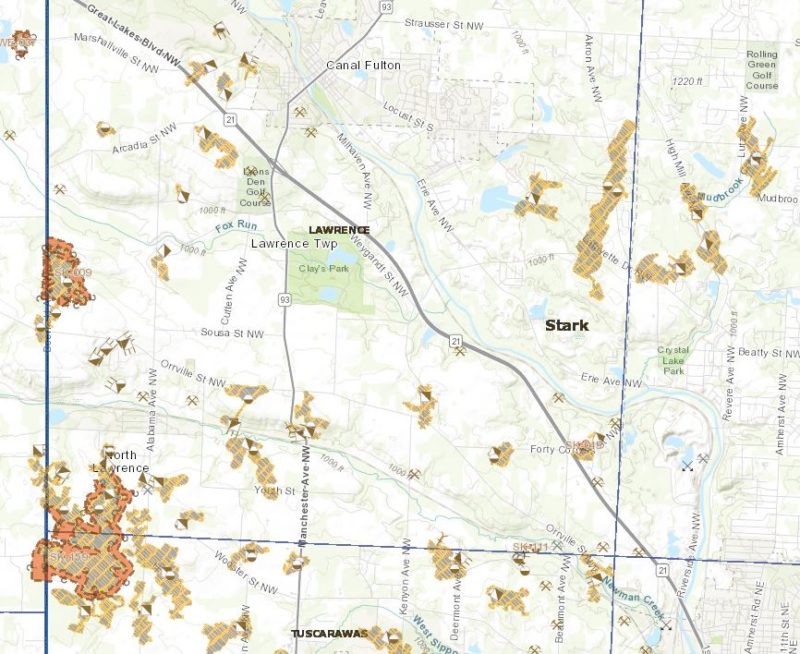 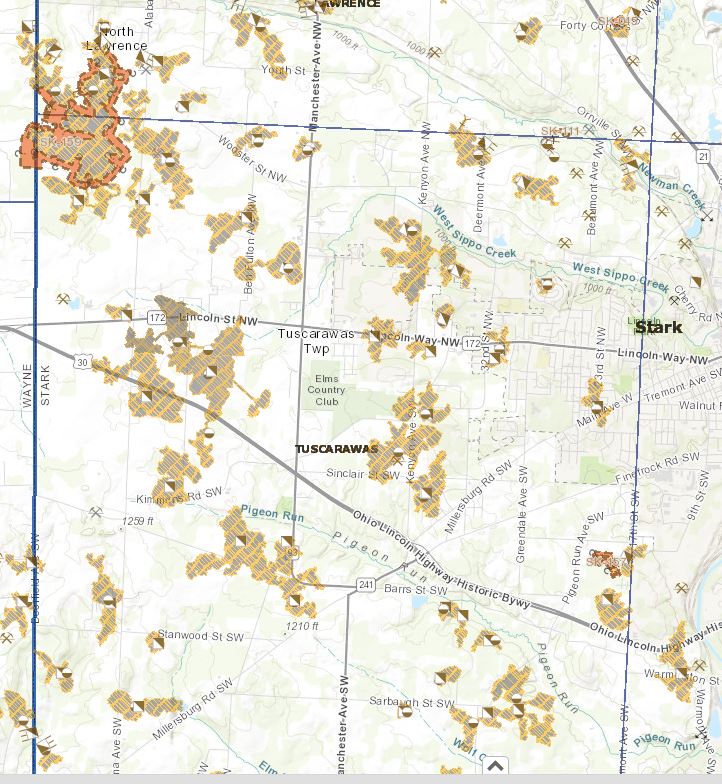 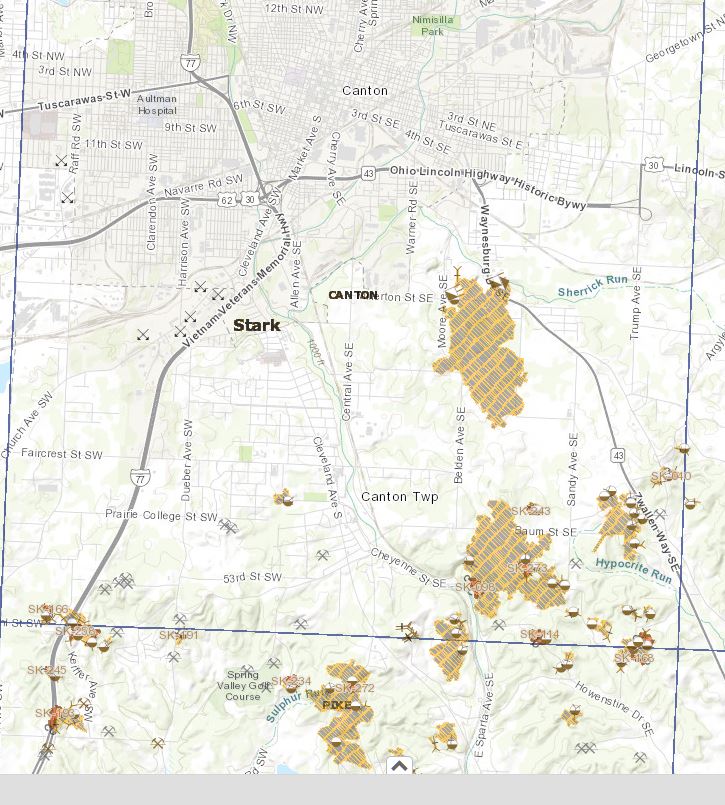