Have you spotted a coyote in your Akron area neighborhood? Ohio wildlife biologists are contacted often by concerned residents who spot coyotes in urban or suburban areas like Akron, Ohio. Normally this is no cause of alarm. Ohio coyotes are highly adaptable and live in a wide variety of environments. There is no need to report coyote sightings to Ohio wildlife biologists unless the coyote is hurt, sick, or habituated (animal has lost its natural fear of humans). 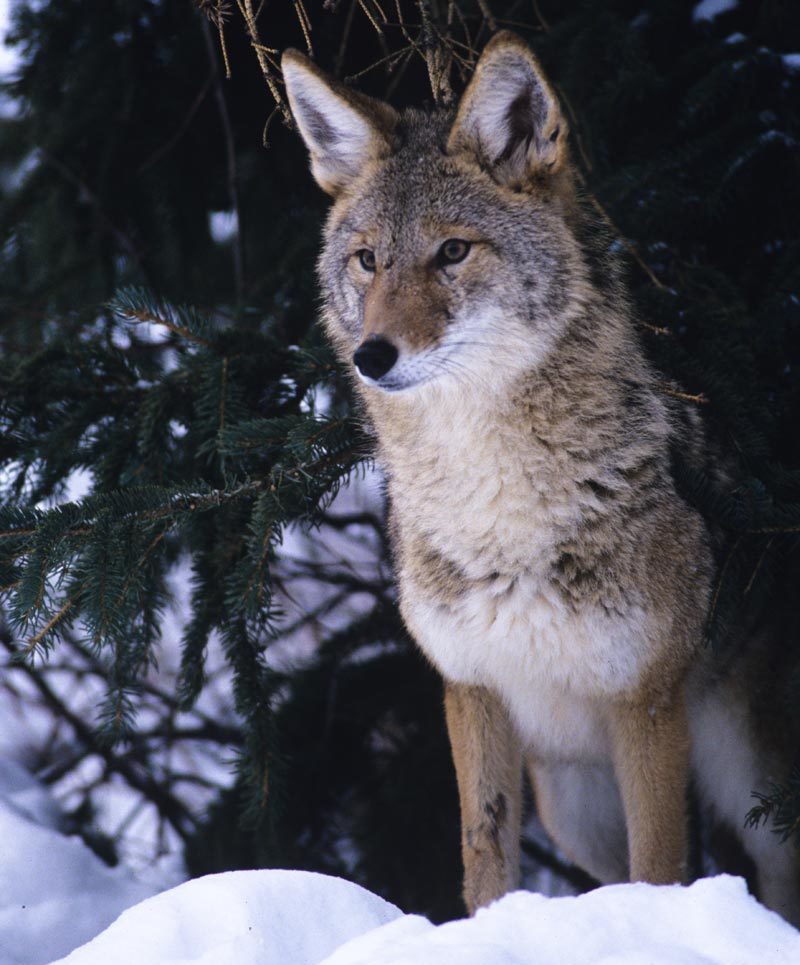 Here are a few steps to keep in mind when you encounter a coyote in your urban neighborhood.

1.  Understand that coyotes are common in all Ohio’s 88 counties. Coyotes are seen regularly even within city limits, including in Akron, Ohio. Wolves are different from coyotes and are not a species found in the wild in Ohio.

2.  If you spot a coyote in your neighborhood or on your property, you can remove all thing that attract coyotes if you don’t want them to return. Doing things like properly securing garbage or compost, removing outside pet food primarily before nightfall, and cleaning your grill well will deter coyotes from your yard. Obviously, don’t feed coyotes or other Ohio Wildlife directly.

3.  Understand that coyotes are wild and prey on small mammals such as rabbits and rodents. On occasion, they may try to interact with domestic pets. That being said, keep small dogs and cats inside while coyotes are spotted and during sunset and sunrise. You can use motion-sensitive lights to scare off coyotes too.

4.  If you notice an inquisitive coyote staying put and watching you curiously, make noise. Clap your hands and shout to get the coyote to move on. If it still doesn’t move, bang pots together or shake a can full of pennies in order to create louder noises. It is not good for a coyote to lose their fear of humans as it could lead to a dangerous situation later. 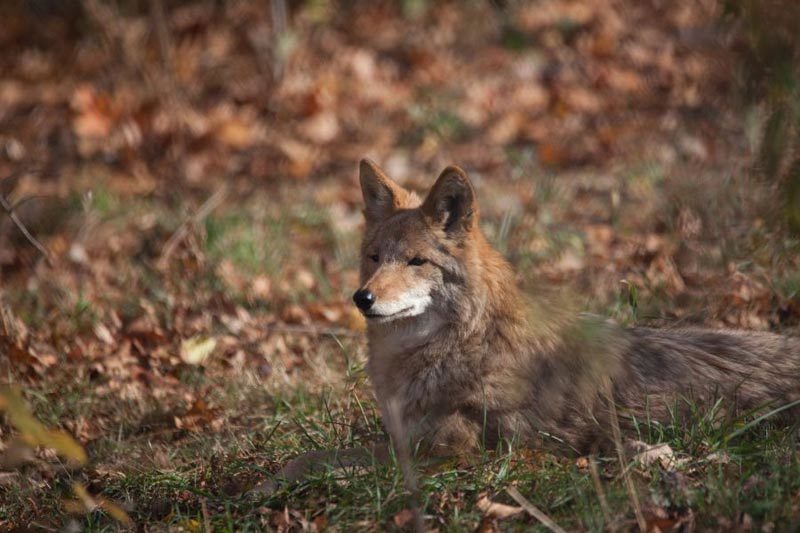 5.  If you try to scare off a coyote from your yard and he doesn’t budge or if he is presenting a conflict, contacting a licensed nuisance trapper. You can locate a trapper at wildohio.gov or by calling the ODNR Division of Wildlife at 1-800-WILDLIFE. Nuisance trappers use safe, highly regulated techniques to target individual animals to reduce urban wildlife conflicts. If you are in a rural area, coyote populations can be managed through legal hunting and trapping methods. Consult the yearly “Ohio Hunting and Trapping Regulations” digest for more information. 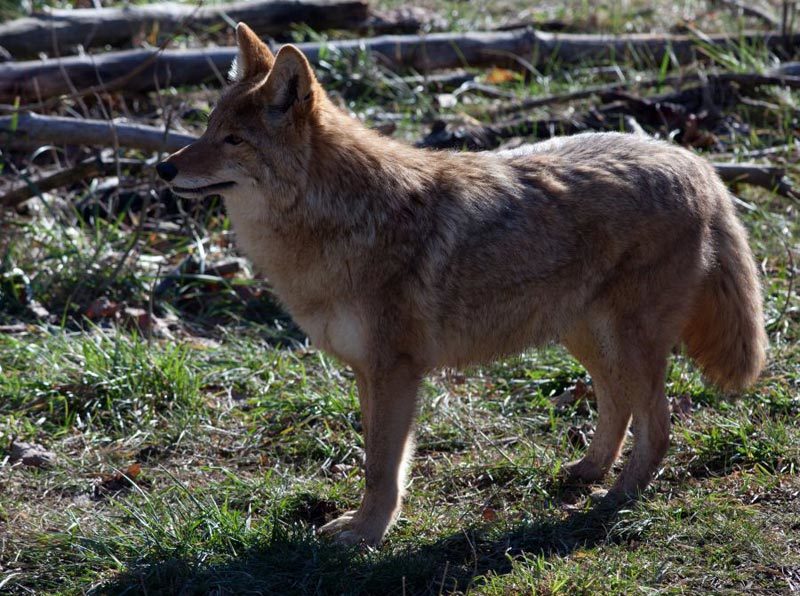 View, save, print, or share a helpful card with information about coyotes.

Read about additional ways to avoid conflicts on the Urban Coyote Project’s website.

Jamey Emmert, a native of southeast Ohio, serves as a Wildlife Communications Specialist for the ODNR Division of Wildlife’s NE Ohio district and is stationed in Akron. After graduating from Hocking College with an Associate Degree in Wildlife Management, she began her career with the Division in 2003. Jamey’s responsibilities vary greatly and include serving as a liaison between the Division and the news media, conducting informational workshops and programs connecting Ohioans with the outdoors, creating educational exhibits at various events, and partnering with educators who want to provide educational experiences to others regarding conservation of our natural resources. In her spare time, Jamey enjoys traveling, deer hunting, fishing for anything with gills, searching fields for ancient artifacts, gardening, and birding all in between coats of pink nail polish. You’ll likely find her outdoors and at any given moment next to her husband, Greg, and canine companion, Sophie.
Sign up for our Ohio Specific Newsletter- Each Email Focused on Only our best Fabulous Local News and Ideas!