By Steve Finical, Councilman for the Village of Clinton

I’ve lived in southern Summit County my whole life.  After being born in an Akron hospital I lived the first three years of my life in Coventry Township.  We moved to New Franklin (then “Manchester”) where I lived for all of my “formative years.” After college I came home to another new Franklin address for a few years, got married and a year later moved to Barberton.  Now those are all great places to live and I have many friends and family in those communities.  But after living six years in Barberton and wanting to get some more open space around us, I “rediscovered” a small village that had always captivated me when I made the six mile trek there with friends on our bikes as a kid.  That village is Clinton, the community my wife and I raised two children in and have loved living in since 1987. 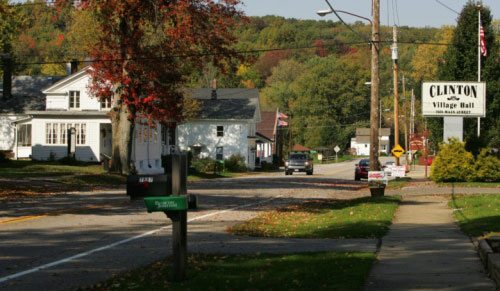 The bike rides when I was young were usually to go swimming at Hillside Park, a local campground and swimming area, and then to stop at the grocery store or hardware in the tiny downtown.  Although the park is still in operation, the downtown area has to some extent gone the way of many small towns in the US; larger stores have made it hard for small town businesses to compete.  But there’s another hardware store in town now and there are other businesses who have made their home in Clinton.  In fact, the prospects for growth have increased with a sewer project for the village projected to break ground in 2014.

Clinton is home to the Ohio Veterans Memorial Park, a somber yet beautiful site dedicated to honoring Ohio’s’ military heroes in Viet Nam and other wars.  To have such a place that helps us remember and teach our children about the sacrifices made by those in our armed forces is a rare privilege. 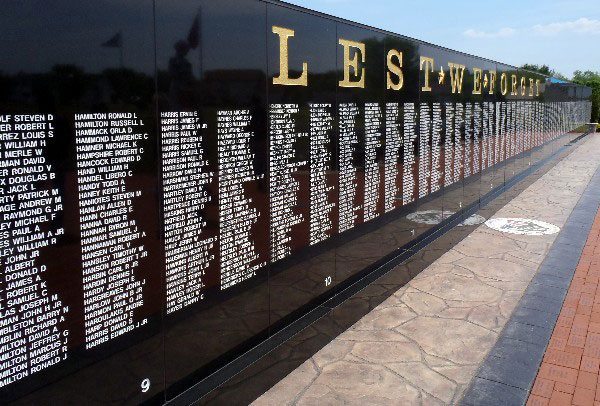 As a frequent biker, walker and jogger on the Ohio –Erie Canal Towpath, I greatly appreciate having this piece of the Summit County Metro Parks system literally in our own back yard.  The towpath is well-maintained and connects Clinton to other communities north and south.  Better yet, it is one of the best ways to meet people and interact with those from the village and the surrounding areas. 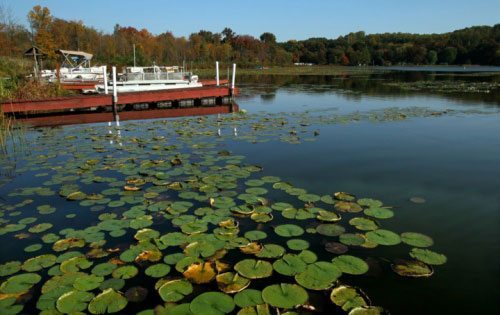 The Village of Clinton is rich in canal-era history.  A visit to the Clinton Historical Society web site will provide a fascinating guide to “what was” as well as pointing out houses and structures that still exist from those by-gone days.

Clinton is unique in that the Northwest School system that serves the village is in the next county (Stark).  The system received an “Excellent with Distinction” rating in 2011-2012 and as parents we were very pleased with our children’s educations there.

Part of the charm of a “bedroom community” like Clinton is that there is not the congestion and noise of busier communities.  But Clinton, located in the southwest corner of Summit County, is within 15 miles of large metropolitan shopping/restaurant areas (e.g. Belden area near Canton and numerous Akron area locations) and within 3-5 miles of moderately sized communities (Canal Fulton and Barberton).

The Canal Fulton Public Library is a fine facility three miles away that serves Clinton.  Clinton contracts policing services with the adjoining City of New Franklin.  The Clinton Village fire department has proudly served the village over the years and operates two facilities including a paramedic station jointly operated with new Franklin.

Still, after far too many years of busyness in my career at the Summit County Sheriff’s Office, I have discovered an aspect of Clinton that is even richer than the coal mines that years ago were scattered throughout this area.

Since my retirement (though now serving as the administrator of our church) I was asked in my spare time to fill a vacant council seat for the village.  When I agreed to take the plunge into the world of small-town politics I discovered something I hadn’t ever had the time to truly appreciate in the past.  That is, there are genuinely caring and dedicated people in at work in the community.  Not just the mayor, councilpersons and village personnel, though they are leaders who sincerely love Clinton and do their best to serve it.  (In fact, I have always been impressed with the efforts of the council and streets commissioner for their efforts to keep roads and parks operable with sometimes only a shoestring budget!)

But there are also those who have served in leadership in the past or who call Clinton home and just want to make it a place that people can raise families, enjoy life and leave something of a legacy for future Clinton families.  It must have been much of that same pioneering spirit that 200 years ago motivated the builders of the canal and settlers of towns such as of Clinton.

Akron Ohio Moms will occasionally publish content from exciting partners. Only 100% original content is considered. We limit the number of guest posts to ten percent or less of our overall publishing goals. Articles must be relevant to our audience.
Sign up for our Ohio Specific Newsletter- Each Email Focused on Only our best Fabulous Local News and Ideas!