Looking for a gift for kids, teens, and families? Give the gift of countless laughs, memories, and fun with these fantastic new games!  My family has enjoyed playing games together for family game night since they were toddlers – it’s even more fun now that they are teens and competitive!  Playing games together around the table is a great way to connect with family and friends of all ages – give as a gift this year and open one up during your next gathering for loads of fun!

Do you love Bubble Tea? Or do you even know what it is? It’s all the rage right now with teens and young adults, so you’ll look super hip when you give a teen, young adult, or family Sabobatage! Score even more points if you bring a tray of bubble tea from our local Ming’s Tea to the party as I did! 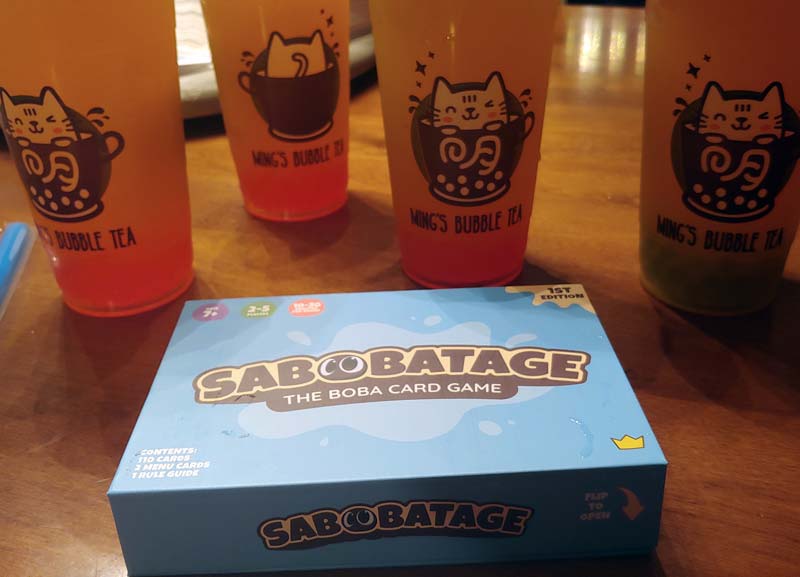 Boba or bubble tea Taiwanese cold drink made with tea, sweetened milk or other flavorings, and balls or “pearls” of tapioca.  There are a few places around town like Ming’s Tea in Kent and Whole Foods 365’s Fire Leaf at Whole Foods 365 Akron Akron.

Even if you don’t know what bubble tea is or like it, Sabobatage is SO fun! The game is all about having fun with bubble milk tea – but it’s not as messy as that! Plus, it’s an easy game to pick up and play even if you or your family aren’t quick at learning board games – it’s not complicated but it is a challenge when the competition starts if you are really into strategy! 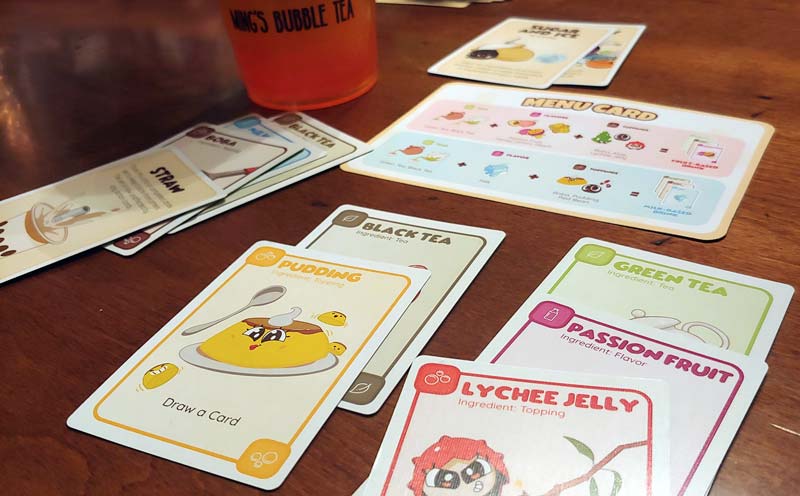 You are dealt cards with bubble milk tea ingredients and the first to make 5 complete drinks wins!  It’s not as easy as that, there is plenty of strategy and competition involved in making these cute, lovable character drinks! YOu have to avoid the health inspector or other players as they try to  sabobatage your hand!

This game was founded by a brother and sister team who share an affinity for boba and entrepreneurship, transforming their idea into a tangible game with a business plan was a no-brainer for this duo who are bringing much-needed Asian American representation into the tabletop game playing field.

You can buy Sabobatage for about $25.  Order yours in time for game night and by 12/15 to get it in time for Christmas!

I can’t think of a better gift for anyone with a family than Game Night in a Can!  This is a creative game that is for kids ages 8-12, teens, and adults! You can easily use this for your next family gathering, adult game night, social gatherings and even work parties!


I’ve found that many games are for 4 or maybe 6 players and that’s it. It can be hard to have a game night and invite several couples because we have to split up between a couple of games. Game Night in a Can is for at least 5 players so it is made for parties!!! 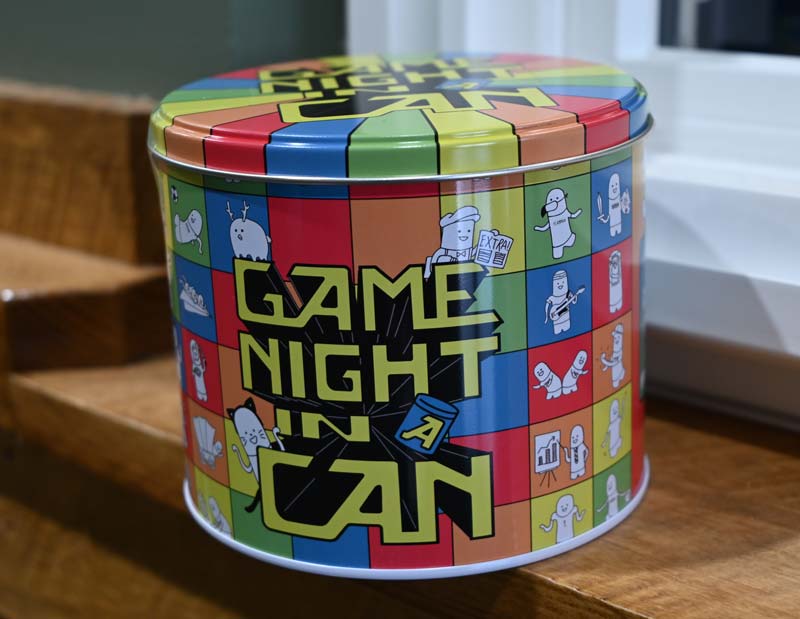 Plus, if you don’t care for one game, go on to the next! There are 30 minigames in Game Night in a Can, making it fun to play and explore over and over again! Examples of games include activities where you grab your own paper and pen and get creative writing commercials, inventing animals for Noah’s Ark (KIDS really love this), fly paper airplanes and more! There are no wrong answers, just plenty of fun.

You can buy Game Night in a Can for about $25.    It’s a no-brainer for game night plus a tree is planted for each one sold!

People’s Choice Award for Toy of the Year!

When a game wins toy of the year award, you know it’s a great game! Unstable Unicorns has been around since 2019 with over a million copies sold – you can find it in stores everywhere because it is that good! This is the kind of game that you quickly become addicted to and buy expansion packs to grow the fun and to be able to play longer and with more friends!

The goal of the game is to be the first to collect 7 Unicorns.  It’s not that easy when your opponents are trying to do the same thing by destroying your work! If you love strategy and competition, this is the game for you! 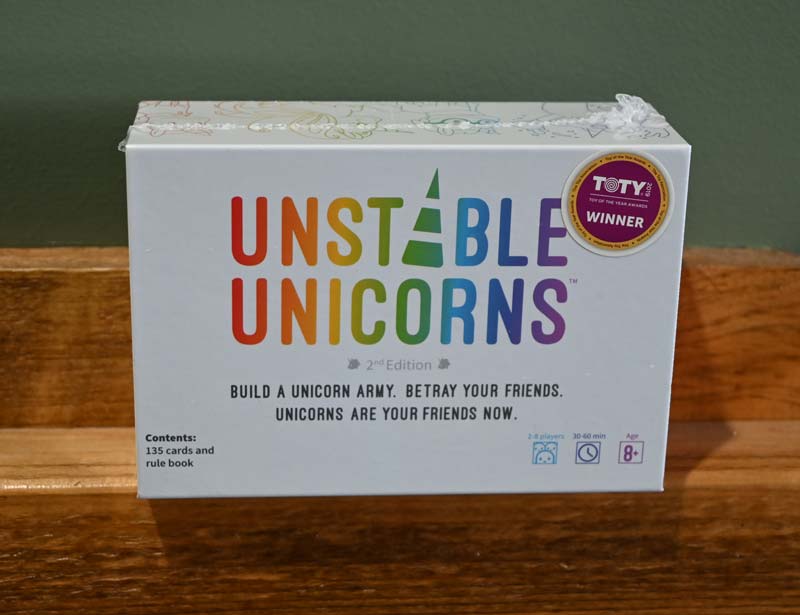 You can buy Unstable Unicorns for about $13.

Embarrass Yourself with This Game!

Daring Contest is for adults only and best played with friends you can trust. This game includes you creating dares that you are willing to perform and a judge that may pick you to perform the dare to get points or face a penalty if you chicken out! Don’t worry, everyone gets a turn at being the judge in this hilarious game! This game is great – or scary- for those willing to embarrass themselves! 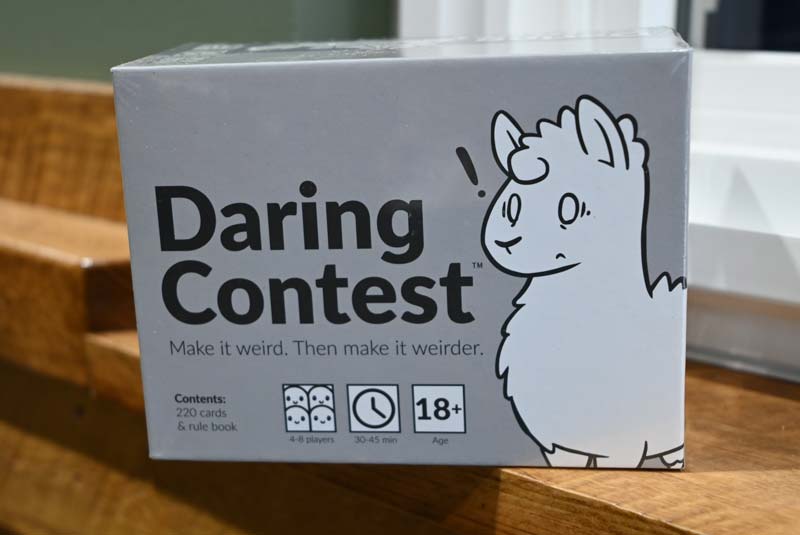 Daring Contest for Families is a family-friendly – and office-friendly version of Daring Contest. It is still hilarious fun and will test your limits! 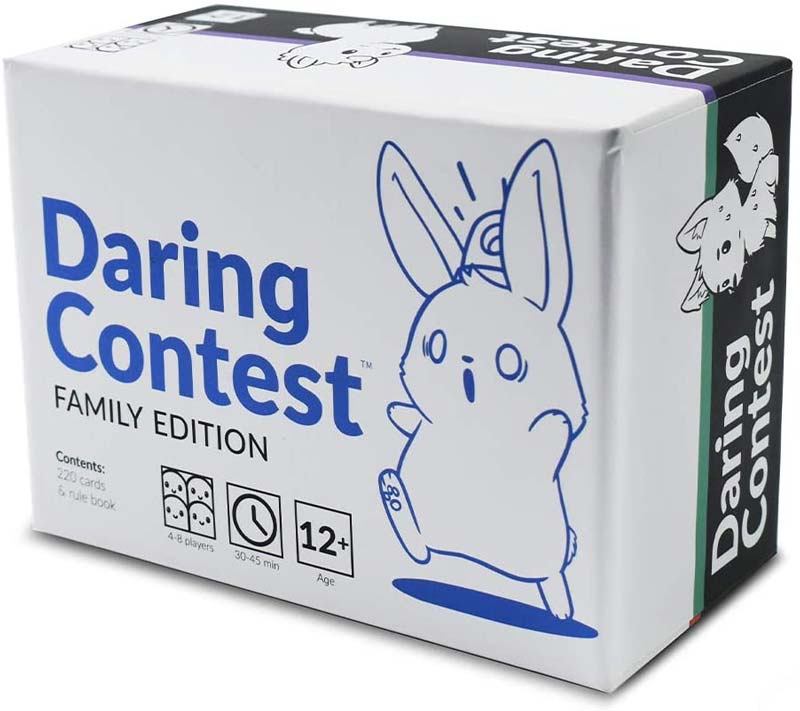 It is a dangerous new world when teens and adults enter this role-playing adventure game! Here to Slay is a highly strategic game that will hone your masterful skills.  This game is for 2-6 players and expect up to 1 hour to play. 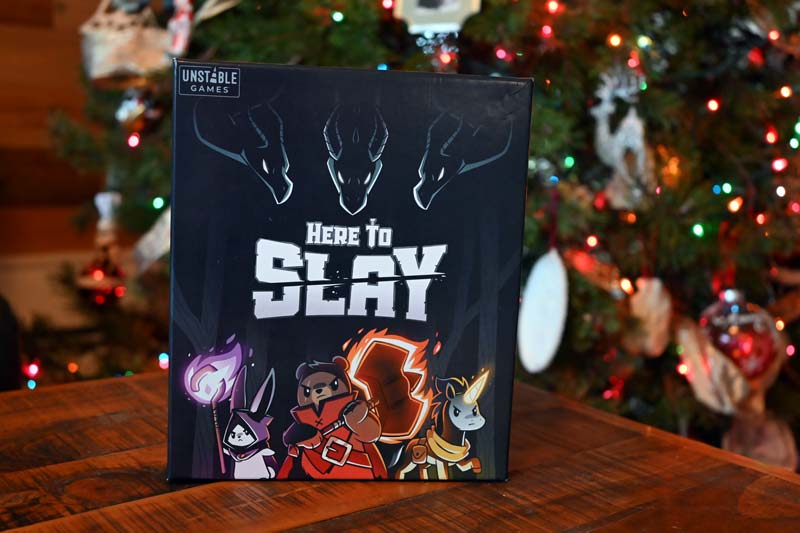 You’ll pick one of 6 Party Leaders to become during the game – each leader has their own skills and abilities. Be the first to slay 3 monsters or assemble a group of 6 heroes to be the winner! Some is about skill while the rest is about the luck of the dice. 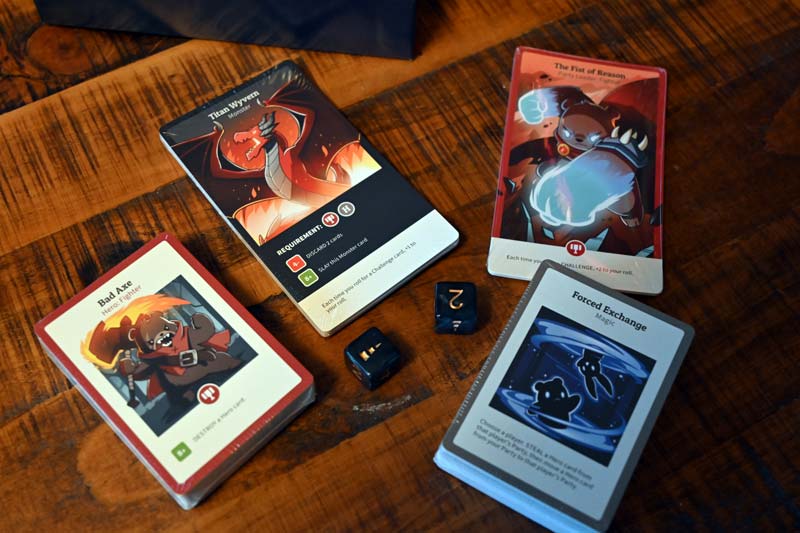 You can buy Here to Slay for about $20. Great for geeks too as it won Pop Insider’s Best Geeky Gifts award in 2020!