Seasons change, and stores come and go, but new development around town is always a good sign that big corporations are investing in our area and bringing us new goods and services.  See what is coming soon! 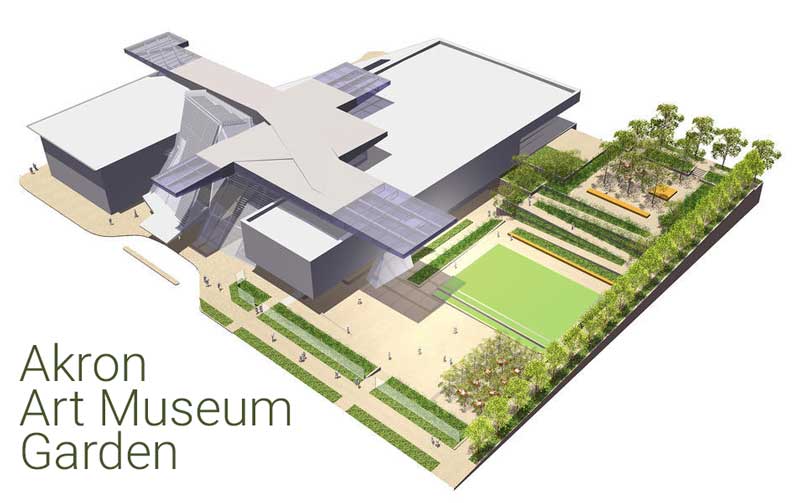 A New Art Garden at the Akron Art Museum will see its Grand Opening in Early 2016.  Expect new spaces for exploration, expression and activities.

Opening Summer 2016 in Boston Heights (near Macedonia, Peninsula, and Hudson)

Construction is currently progressing near Route 8 and the Ohio Turnpike for a new retail area with anchor stores Costco and Bass Pro Shops.  Both of these stores have a presence in Ohio, but none in Summit County.

After several years of seeing property switch names and places in Fairlawn Town Center, one of my favorite Giant Eagle Stores is going to be getting a facelift!  Expect a totally refreshed store by the end of next year.

With the closing of the West Point Market Store in West Akron at the end of the year (an icon disappearing, I know 80 years!) the store will be replaced with a Whole Foods to open sometime in 2017.  This Whole Foods will be in competition with nearby Mustard Seed Market.

The now empty Giant Eagle location on Graham Road (replaced by Giant Eagle Market District down the street) will see new life when the location is transformed into a Menards.  Menards is a home improvement warehouse.

Meijer is in the very early stages of planning for a new store in the Stow-Kent Shopping Center.  This would take over some more aged properties near the existing Macy’s Store. A 10 pump gas station would replace the Wendy’s.

I have also heard rumblings of a potential second Meijer store be located near the Spitzer Dealership in Northfield, across the street (SR 82) from Giant Eagle in Macedonia.

Meijer is a unique blend of Grocery and Department Store.

and in Columbus, OH

Ikea plans to open a new store at Polaris in Northern Columbus. Although not as lovely as what a Cleveland location would have been, at least Columbus is a little closer than Pittsburgh for many of us!