History comes alive at the Carnegie Museums of Pittsburgh where you can visit 4 museums in one:

We enjoyed the Carnegie Museum of Natural History during our trip! Our favorite part were the Dinosaurs! 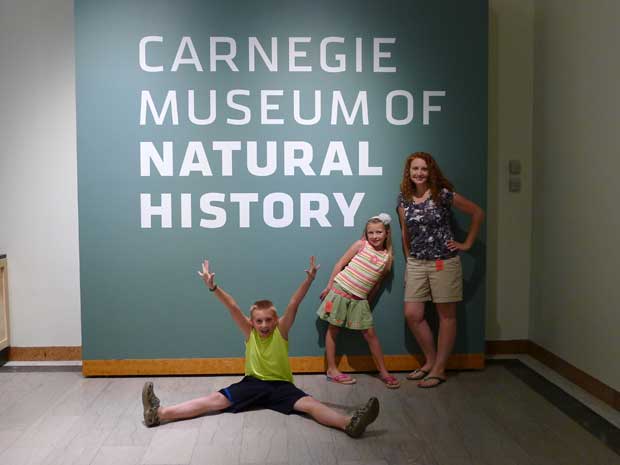 On our first stop at Carnegie Museum of Natural History, we were able to see a real American Mastodon being prepared for being put on display. I really liked getting a glimpse of ‘behind-the-scenes’ work in what it takes to get a dinosaur display ready for exhibit. 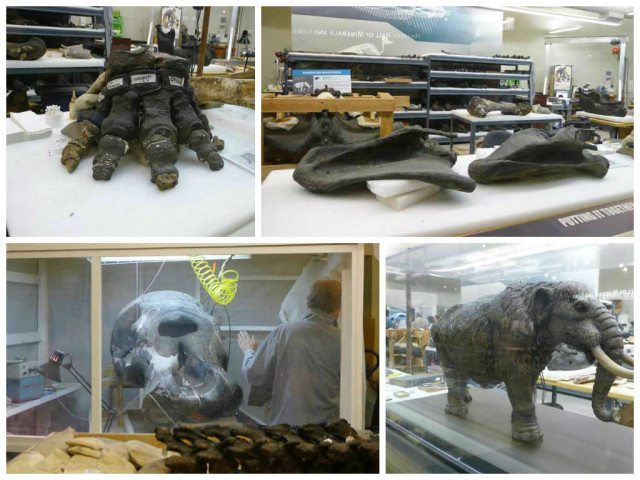 Next, we checked out the Hall of Minerals and Gems where we were mesmerized! We saw a collection of 1,300 spectacular minerals and gems from all over the world – and even moon rock on display. My children love collecting rocks and gems, so they were delighted with huge eyes when they saw this collection! 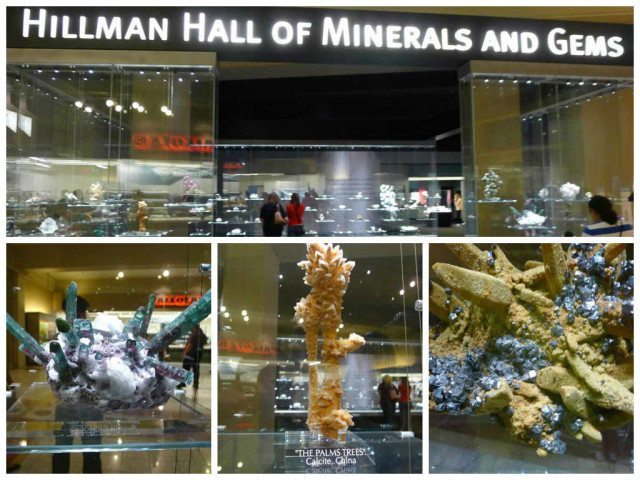 The Carnegie Museum of Natural History knows how to do dinosaurs! There is so much to see and explore! The Dinosaurs in their Time exhibit features 19 fully articulated dinosaurs in environments that whey would have lived in. 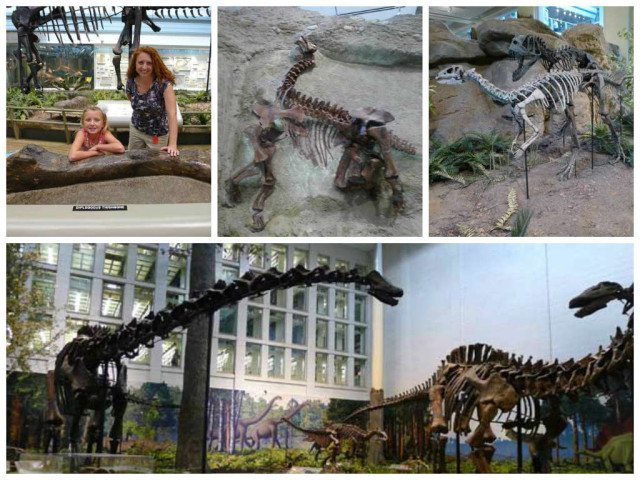 I never get over how massive dinosaurs were! Even the dinosaurs that we consider small in comparison with the large dinosaurs look very intimidating up close! I also like how the museum also includes other aspects that were around with the dinosaurs including birds, fish, amphibians, turtles, plants, and other mammals. 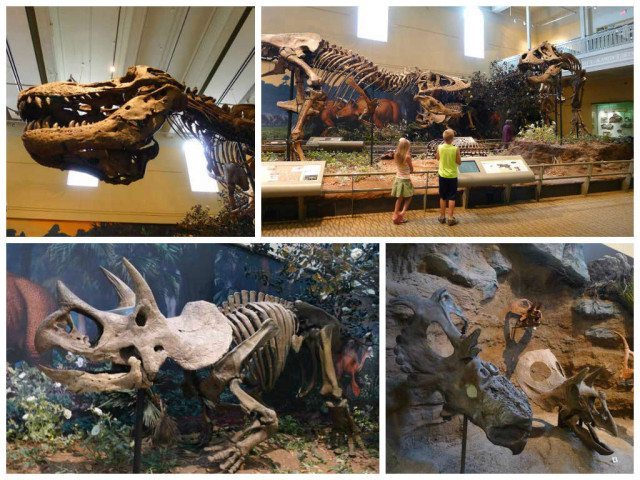 Our favorite part of the museum was the Bonehunters Quarry where kids of all ages are invited to put on their paleontologist hats and dig for fossils! The fossils are buried beneath a wax mixture that can be chiseled away by real tools. It is a great way for kids to see how it would really be like to dig for dinosaur bones! It is way more accurate than the sand digs that are common elsewhere as the wax takes a lot of time, patience, and hard work that resembles real digs. 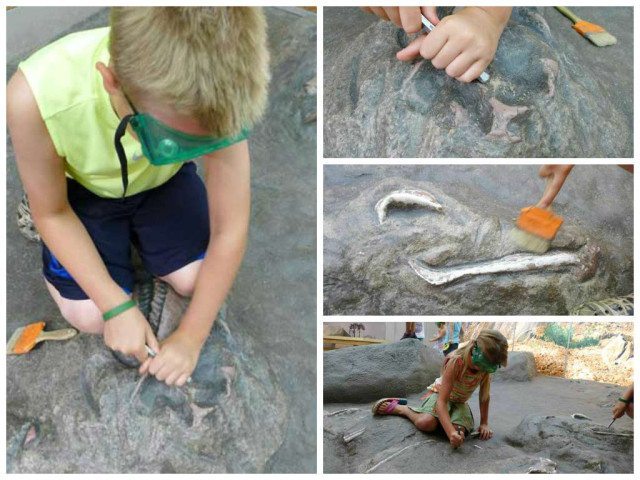 The Carnegie Museum of Natural History is more than just dinosaurs. It continued onto Wildlife and Ecology where you’ll get face to face with animals from Africa and North America.  The displays are remarkable with more than just the animals but also their entire environment. I also like how the environments go beyond the glass and into the visitor’s area so it feels like you are actually there with the animals.  We were able to visit beautiful creatures including giraffes, warthogs, African buffalo, wildebeest, zebras, and more. 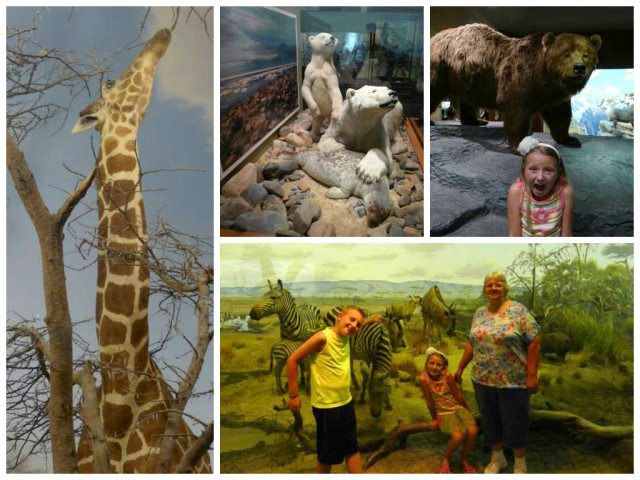 Our time was limited so we weren’t able to fully explore the entire museum but had a fantastic time during our visit. We plan to return again soon!