The highly anticipated squeal to Disney Descendants will be available on August 15th at retailers nationwide! We were able to catch the Disney Channel premier of Descendants 2 during our recent road trip to Oberlin, Ohio.  My daughter hasn’t stopped singing the soundtrack from the movie! 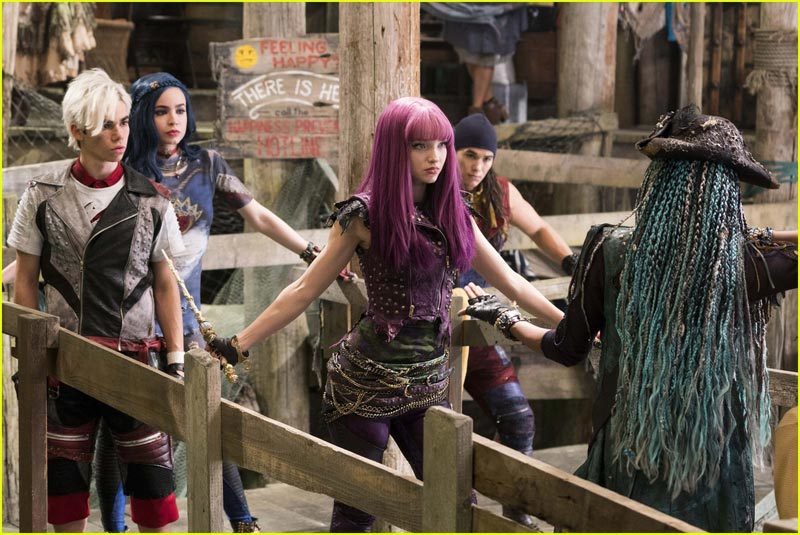 In Descendants 2, Mal struggles with fitting in and being “royally perfect” with the others at Auradon Prep.  She gives up and decides to return to her roots with a voyage back to Isle of the Lost.  While back at the Isle of the Lost, she runs into her enemy Uma, daughter of Ursula.  Uma is still upset that she wasn’t chosen by Ben to get off the island with the other villain kids. The Isle of the Lost is an awful, run-down, dark place that nobody would want to live. It is no wonder why Uma is upset she is stuck there – as well as the others. 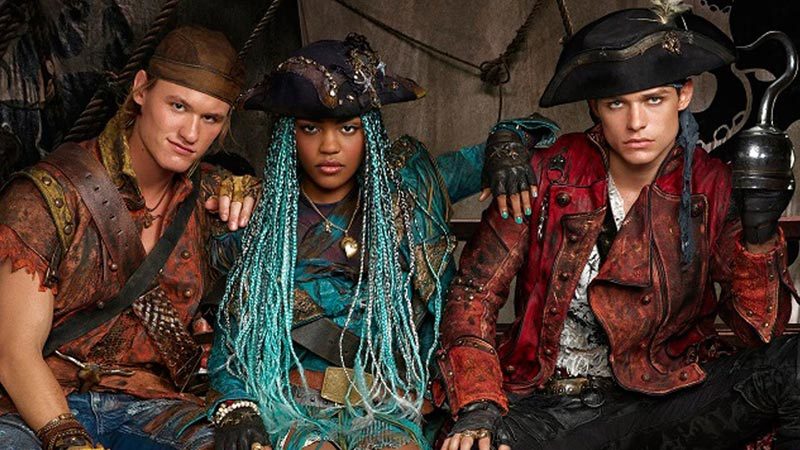 Mal’s friends also voyage to Isle of the Lost to bring Mal back with them. While there, they get into an epic fight with Uma’s pirate gang, including Captain Hook’s son Harry and Gaston’s son, Bil.  Uma’s clan wants to break the barrier that is between Isle of the Lost and Auradon, which I can’t blame her for. However, Uma doesn’t just want to break the barrier to set everyone on the Isle of the Lost free but to take revenge on Auradon by unleashing the imprisoned on the Isle and bringing evil to Auradon. Can Uma turn good or will her evil ways destroy Mal, her frineds, and Auradon??!! Watch to see! 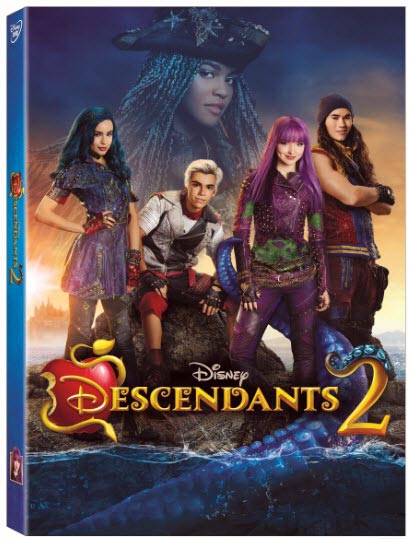 Descendants 2 is a family-friendly movie that everyone will enjoy!  You can purchase Descendants 2 at retailers everywhere starting August 15th and on Amazon.com. Download the Descendants 2 soundtrack now.